A former Western Power boss, the vice-chancellor of Curtin University, and a former Bethanie chief executive are among this year’s local recipients of the Queen’s Birthday honours list. 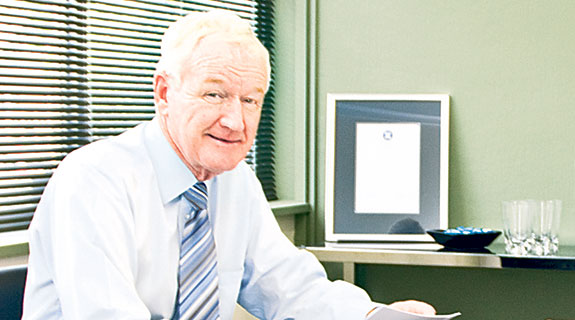 Former Western Power managing director David Eiszele was one of this year's recipients of the Queen's Birthday honours.

A former Western Power boss, the vice-chancellor of Curtin University, and a former Bethanie chief executive are among this year’s local recipients of the Queen’s Birthday honours list.

David Eiszele, who was formerly chairman of Verve Energy and managing director of Western Power, was honoured for his distinguished service to public administration in WA, in particular to the electricity supply and natural gas sectors, for policy development and reform, and for eye-health research.

Mr Eiszele was chairman of Lions Eye Institute for 11 years until last year, and also served on the board of High Peak Royalties as a non-executive director for seven years.

Deborah Terry was honoured for her service to education in the tertiary sector through senior administrative roles, as an academic and researcher in the field of psychology, and as a mentor.

She currently serves as the vice-chancellor of Curtin University, but began her career at the University of Queensland where she spent 24 years progressing from a lecturer to several leadership roles including as senior deputy vice-chancellor, before taking the job at Curtin last year.

The national lead, mining performance at KPMG Sabina Shugg was also among this year’s honour recipients, for significant service to the mining industry through executive roles in the resources sector, and as role model and mentor to women.

She was one of 16 WA-based women to feature in the 100 Global Inspiration Women in Mining list, in 2013.

Lesley Reece, the founder and director of The Literature Centure, was awarded an honour for significant service to children through improved literacy skills and promoting Australian authors and illustrators.

“I hope this award will shine a light on the importance of ensuring a strong and vibrant Australian children’s and youth literature culture,” Ms Reece said.

“Our young people deserve to be immersed in the best of Australian literature as well as what the rest of the world has to offer.”