Local diamonds not cutting it

The small diamonds produced in WA are falling out of favour with buyers, leading to questions about the industry’s future. 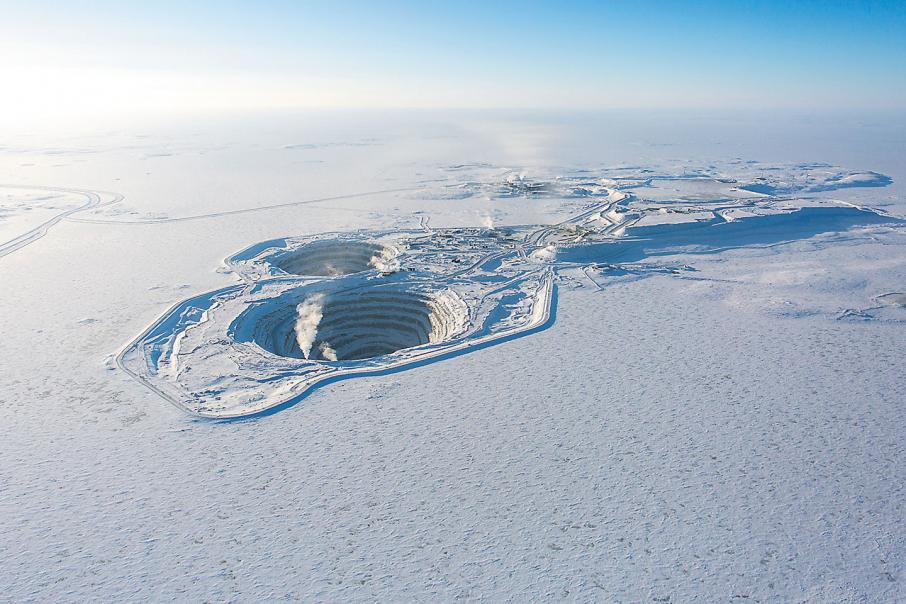 The small diamonds produced in WA are falling out of favour with buyers, leading to questions about the industry’s future.

That epitaph is yet to be written, but unless there is a dramatic improvement in the global market for diamonds, it could be just a matter of months before it is.

The decline of diamonds as an important element in WA’s mix of mined products can be traced in a number of ways. However, the most telling recent event was the warning from Rio Tinto chief executive Jean-Sebastian Jacques about the future of the company’s Argyle mine in the Kimberley, the state’s only operating diamond mine.

During a briefing to announce Rio Tinto’s annual profit, Mr Jacques confirmed that plans to invest essential fresh capital in Argyle were under review.

The mine needs the extra funds to expand its underground operations by undertaking a new block cave, a mining technique that requires a high level of initial capital to create an artificial cave, with the roof progressively blasted and gravity doing much of the heavy lifting as ore falls.

Over time, block caving is an extremely efficient method of underground mining, though the preparation of the cave underneath an orebody takes a lot of time and money.

Rio Tinto is analysing whether it can justify the cost of a new block cave on an orebody that is getting deeper and narrower, and which contains the wrong type of diamond for today’s market.

Once rated the world’s biggest single source of diamonds, Argyle has always produced small gems, some super-high-quality pinks, but not enough to have a meaningful effect on the mine’s financial performance.

In a way, what is happening at Argyle is re-run of what happened at WA’s only other diamond mine, the Ellendale project near Derby, which led the market with its production of vivid yellow gems.

Like Argyle’s world-class pinks, the Ellendale yellows commanded a premium price; but there weren’t enough of them in a mix dominated by low-value, low-grade, stones.

Natural decline affects all diamond mines, with their fate a predictable outcome of ore grade and market demand for the type of gem being produced.

Ellendale failed, and is currently being offered for sale through the Department of Mines and Petroleum, which inherited the project and its debts when Kimberley Diamonds walked off, leaving the state government as a major creditor thanks to unpaid royalties.

The Kimberley collapse in 2015 was an early warning that the diamond market had taken a negative turn.

Layered on the traditional pressures of supply and demand has come a change in buyer habits, with small diamonds – of the sort mined at Argyle and Ellendale – falling out of favour, while interest in big gems has risen. From being mass-market driven, the diamond industry has become increasingly reliant on traditional buyers – the very wealthy.

WA’s diamonds are of the wrong size and quality in the current market, which is weaker than at any time in the past five years.

Just how weak was confirmed in the latest report from US-based diamond research firm Rapaport, which noted how: “Polished diamond prices softened in December as Indian liquidity dried up due to the government’s demonetization policy of eliminating 500 and 1,000 rupee notes.”

During the past 12 months, the RapNet diamond index for small stones (up to half a carat) has fallen by 1.4 per cent, while the one-carat index is down 5 per cent.

But the real problem for Rio Tinto is the steady deterioration in the financial returns from the Argyle mine and its other diamond mine, the 60 per cent-owned Diavik project in Canada.

Diamonds have been a major profit contributor in some years, but the decline in recent years appears to have been accelerating, with the company this year booking a $US241 million pre-tax impairment (asset value write-down) against Argyle’s book value.

Falling profits, an asset value write-down and a weak market outlook point to Argyle having reached the end of the financial road. More capital to prolong the mine’s life is unlikely to be available, especially when much better internal investment opportunities are available in iron ore and copper.

Publicity around diamonds will always be skewed towards the glamour associated with the industry, with few outside observers looking closely at the financial side of the business. If they do, they get a glimpse of a beauty and the beast situation – with the beast rising.