WA Limestone and Italia Stone Group have been named the preferred contractors to build new breakwaters for the state government’s $500 million marina project in Joondalup. 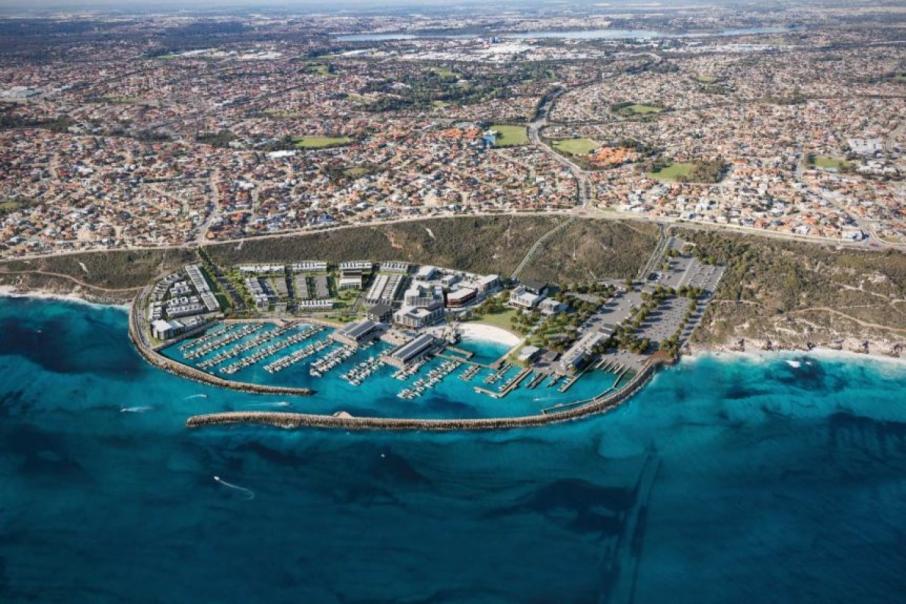 The two-kilometre long breakwaters at Ocean Reef Marina will be the longest in Western Australia. Photo: WA Government

WA Limestone and Italia Stone Group have been named the preferred contractors to build new breakwaters for the state government’s $500 million marina project in Joondalup.

The Ocean Reef Marina project, led by DevelopmentWA and the City of Joondalup, will replace the existing facility with up to 550 additional boat pens and about 200 boat stacker berths to cater for the anticipated increase in demand over the next two decades.

The latest landscape design announced today covers the beach area, central parkland, the plaza, and connections from the water to the dunes.

The $60 million, two-kilometre long breakwaters will be the longest in Western Australia, the state government said.

Bibra Lake-based companies WA Limestone and Italia Stone Group are first in line for the works, which will use up to 650,000 tonnes of limestone sourced from DevelopmentWA’s limestone quarry in Neerabup and about 300,000t of granite.

Some of the limestone and granite will also be sourced from the existing boat harbour breakwater.

The boat harbour will remain open during construction, which is expected to complete by mid-2022.

The contractors will employ 56 people to complete the works.

Capital costs for the project are being funded by the state government and LandCorp, contributing $126.5 million and $132 million respectively.

The project is expected to create 8,600 jobs during the estimated 10-15 year construction period, with more than 900 ongoing jobs once complete.

"After decades of talk, it's fantastic to be in this exciting phase where early works and landscape design plans are powering along,” Mr Wyatt said.

"The landscape designs revealed today really bring to life the way in which this development will showcase its magnificent location, and how residents and visitors will be able to interact with it.

"The plans respect the site's history, including its Aboriginal heritage, while also showcasing the latest innovations for public open spaces."