Western Australia-based businesses have won 70 of 134 contracts awarded for work on five major mining projects, while state government data shows 53 tenders were awarded to businesses with local content plans in the 2019 financial year. 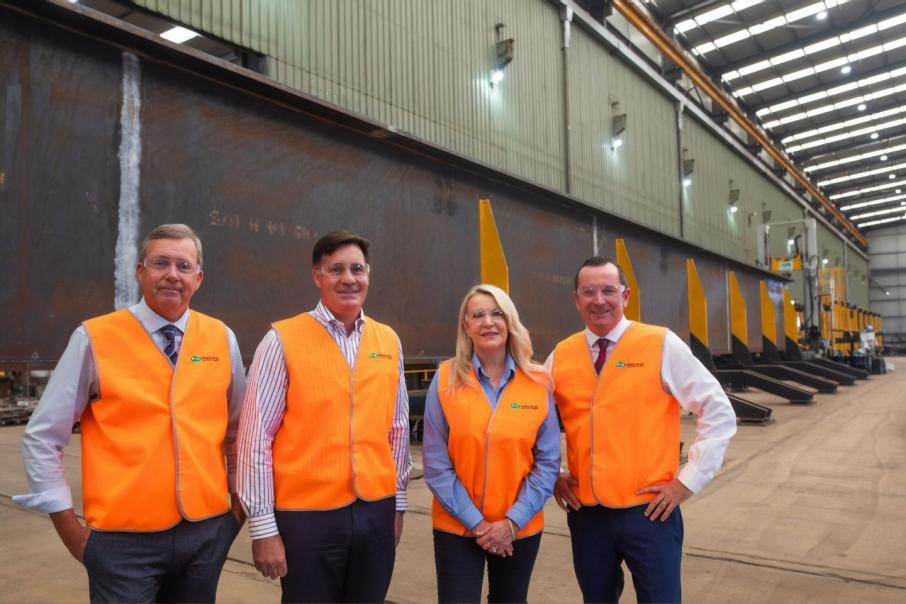 Western Australia-based businesses have won 70 of 134 contracts awarded for work on five major mining projects, while state government data shows 53 tenders were awarded to businesses with local content plans in the 2019 financial year.

To get more insight into these numbers Business News analysed information from ICN Gateway, a national portal for businesses seeking work on major projects.

The biggest project under way is BHP’s $5.5 billion South Flank.

Forty contracts have been awarded over the life of the project, according to ICN, with 21 flowing to businesses based in WA and a further 11 in other states.

Those included Decmil for village earthworks and construction, Clough for non-process infrastructure and an ore handling plant, and Monadelphous for enabling works, piping and electrical, crushing facilities, conveyors and train load-out.

In BHP’s 2019 economic contribution report, the company said it had awarded more than $3 billion of contracts and more than $2 billion for WA-based work.

Some work by its very nature will always be performed in WA, with earthworks and construction undertaken onsite.

An example here is John Holland’s contract for rail signals and communications.

John Holland is now owned by Chinese Communications Construction Company, and is headquartered in Victoria.

Its works package, which includes installing fibre optic cables, will be done onsite, however.

Some businesses are based in WA or Australia and distribute products from overseas manufacturers.

Examples include Queensland’s CableGrid Australia, which bills itself as a distributor for Brugg Cables Switzerland and KEI Cables India, and NSW-based Belle Banne Conveyor Products, which has some local manufacturing operations in addition to acting as an agent for Japanese and American entities.

This highlights that, as supply chains become increasingly global, selecting local businesses for contracts will not necessarily mean the majority of a contract’s value is dispensed locally.

Thermal is an authorised agent of Johnson Controls, headquartered in Ireland, for the supply of York chillers.

Eilbeck says it has some manufacturing operations in WA, while it is also a distributor for Germany’s ABUS Kransysteme.

All up, 18 out of 36 contracts for Koodaideri listed on ICN were won by WA-based businesses.

The story is similar at Rio’s Robe Valley, with 11 out of 20 businesses based in WA, and at West Angelas C&D (six of 10 contracts).

At Fortescue Metals Group’s Eliwana project, half of the 28 contracts were let to WA-based businesses.

Nonetheless, Fortescue has said about 82 per cent of all work contracted for Eliwana went to WA businesses, or about $1 billion.

Speaking at an event with Kwinana-based contractor Pacific Industrial Company a few weeks ago, Fortescue chief executive Elizabeth Gaines said community benefit had been part of the company’s philosophy.

“We’re really committed to the social and economic benefits that come from awarding contracts locally,” she said.

Premier Mark McGowan said Fortescue had been part of the government’s steel fabrication roundtable, which had been encouraging businesses to undertake work locally.

“[The Pacific Industrial Company contract] is a major demonstration of what’s able to be accomplished by WA workers, WA businesses,” he said.

“Fabrication is alive and well here in WA; when we put our minds to it we can do anything.

“If you build these projects, manufacture these projects and undertake skilled work in WA, you not only create jobs, but you create skilled Western Australians.

“Kwinana is a nursery for the mining industry, these projects enable WA to get skills to work all over the state, all over the world.”

Similarly, in the second half of 2014, BHP iron ore projects hit 97 per cent local content, and CITIC Pacific 94 per cent.

One contractor speaking to Business News, who preferred to go unnamed, said the level of local content 20 or 30 years ago was significantly higher than today.

“If you dug down into your supply chain in Australia, the capacity and capability has shrunk significantly, not just in fabrication,” they said.

“Some things just can’t be built here and it has to go overseas, that’s fine, but it’s good when people try to get it built here too.”

However, another contractor perceived a growing sentiment to start bringing more work back, driven by a desire to keep an eye on quality control, given products manufactured locally were easier to inspect.

The state government has targeted increased local content in its own tendering processes for contracts valued at more than $1 million and meeting certain criteria.

The highest portion of exemptions were for work that would have been performed in WA anyway, such as school bus services and some construction works.

There were 91 exemptions for panel contracts and common-use agreements, five for overseas expertise in specialised equipment, 32 for sole source providers, and one under unique circumstances.

One notable exemption was for the purchase of a new ministerial aircraft.

The government said approximately $131 million worth of contracts were awarded to local businesses from when the WA Jobs Act was introduced up to June 2019.

To put all that in context, in the final quarter alone of 2019, 106 contracts worth more than $1 million were awarded, according to WA Tenders.