SPECIAL REPORT: There was a big rise in the number and value of completed capital raisings in WA last year, according to data compiled in the BNiQ Search Engine. 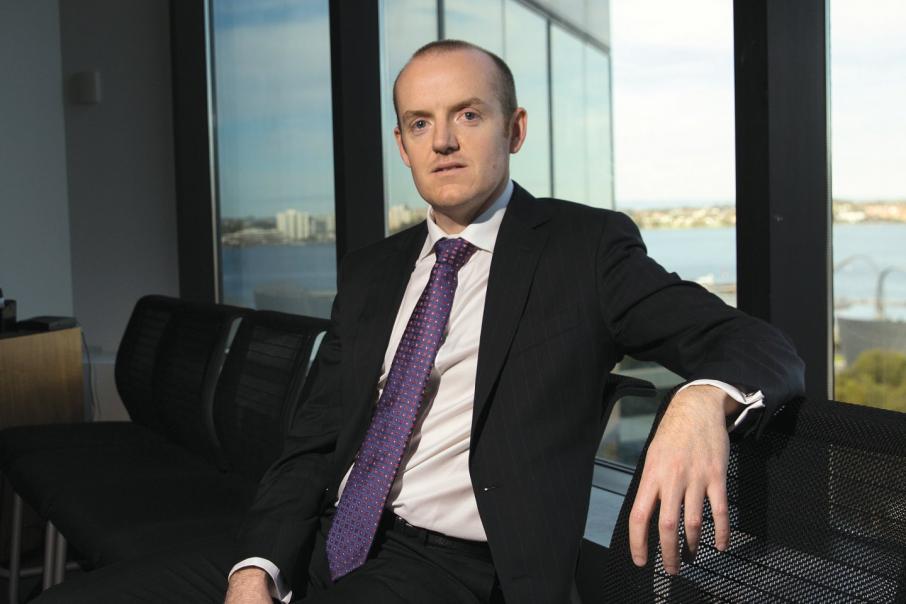 There was a big rise in the number and value of completed capital raisings in WA last year, according to data compiled in the BNiQ Search Engine.

On the headline numbers, 2016 was a busy year for stockbrokers in Perth.

The number of completed capital raisings worth $1 million or more jumped to 522, nearly double the number recorded in the prior year.

The value of those deals also rose substantially, to $4.67 billion. 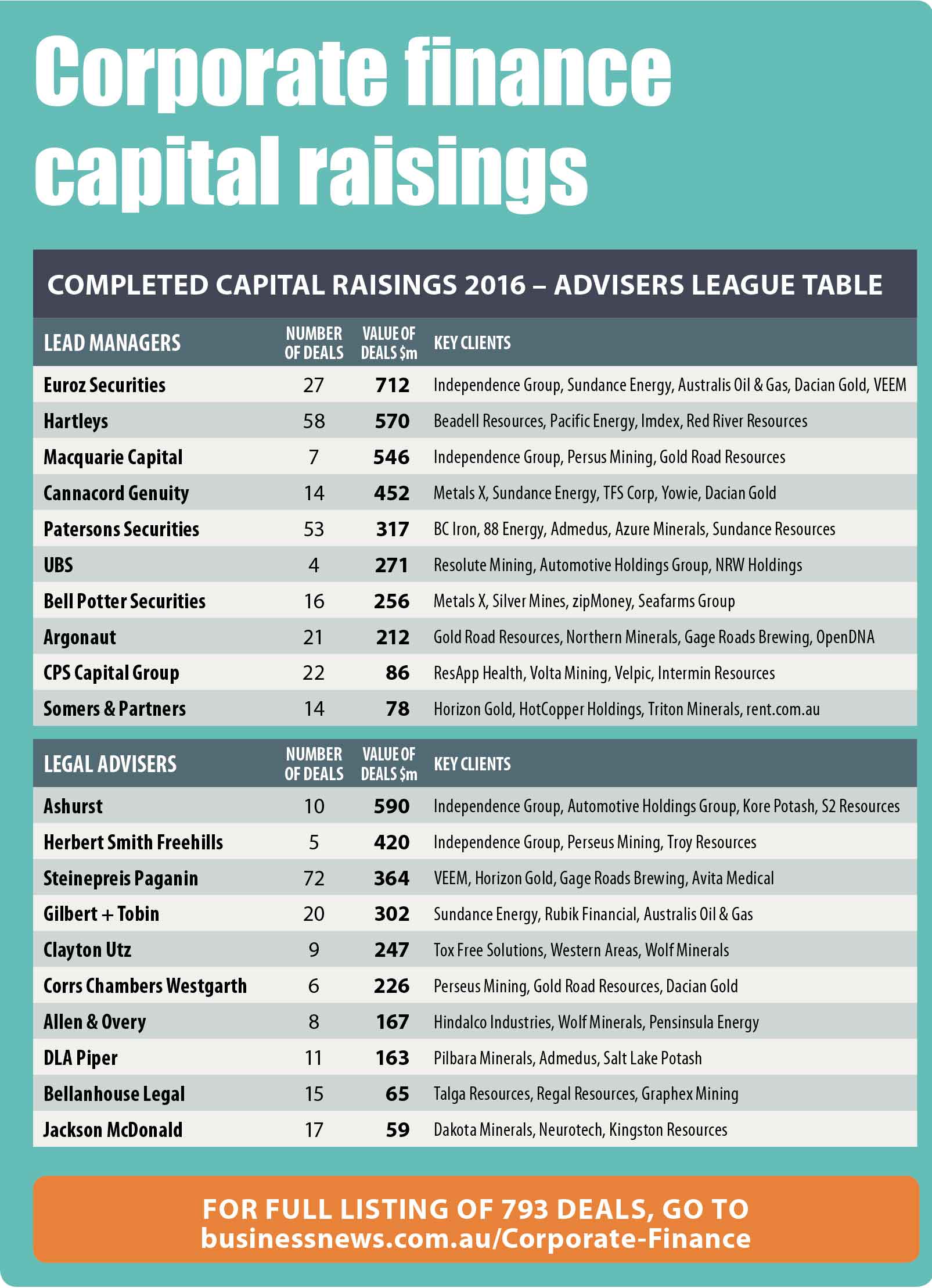 Renowned for its ability to efficiently turn around work, the team at SteinPag worked on a phenomenal 72 ECM transactions last year, along with 15 merger and acquisition (M&A) deals.

Not surprisingly, firms such as Bellanhouse Legal, Jackson McDonald and Price Sierakowski are chasing a bigger share of this market.

Among the stockbrokers, local firms Euroz Securities and Hartleys were the market leaders.

Hartleys handled a lot more transactions by number (58) but less by value ($570 million).

The healthy state of the market was reflected in a profit update released last week by Euroz Securities ASX-listed parent company.

Euroz said it expected an unaudited net profit after tax of between $13.1 million and $13.3 million for the six months to December 2016, compared with a small loss in the previous corresponding period.

Led by executive chairman Andrew Mackenzie, the company said Euroz Securities achieved an excellent result, with $576 million of capital raisings for the half-year, successful completion of three M&A mandates and a modest increase in brokerage.

Having two Perth brokers at the top of the BNiQ league table is unusual.

In most years during the past decade, one of the big national or international investment banks – Macquarie Capital, UBS or Goldman Sachs – sits atop the table after completing a very large raising in Western Australia.

Canaccord Genuity was among the top broking firms in WA for the first time, after experienced broker Paul Carter joined the firm in 2015.

It had a lead role in 14 transactions worth $452 million.

That put it ahead of Patersons Securities, which continued to bring a large number of relatively small deals to the market.

Hartleys head of corporate finance Dale Bryan is looking forward to a broad market pick-up in 2017 driven by commodity prices.

Gold has risen in recent weeks after dipping late last year, specialist metals such as lithium, graphite and cobalt continue to be strong, and base metals including zinc, copper and nickel were also solid.

“This is the first time in a long while we’ve seen the whole mining space moving in the right direction,” Mr Bryan said.

He said iron ore mining was also very healthy, with the iron ore price holding around $US80 per tonne, the Australian dollar below US75 cents and the industry having cut production costs.

“We’re quite hopeful it’s going to be a good year, though commodities can be fickle,” Mr Bryan said.

“Certainly the signs are positive at the moment.”

Despite all the positives, a couple of major developments late last year have injected a note of caution.

One was the scrapping of the $2 billion initial public offering of WA-focused Alinta Energy.

The IPO was being managed by a heavyweight collection of joint global coordinators in UBS, Goldman Sachs and Macquarie Capital, with Credit Suisse and Morgan Stanley also on board as joint lead managers.

A softening in global markets resulted in the deal being pulled in November.

It showed how the big floats rely on having a favourable window of opportunity in order to get the pricing they want.

Other private equity backed businesses in WA, such as mining contractor Barminco and trucking contractor Bis Industries, have been through the same painful exercise.

Another development that showed how capital raising deals can quickly collapse was the planned $150 million raising by Dacian Gold.

With Sydney-based Treadstone Resource Partners as its strategic and financial adviser, Dacian signed up Canaccord Genuity and Euroz Securities as joint lead managers to the offer, which comprised a $50 million institutional placement and a $100 million rights issue.

Soon after they went to market with the deal, in late November, it became clear the pricing and size of the raising was not sustainable.

Dacian cut the pricing from $2.75 per share to $2.50 per share, trimmed the size of the placement to $46 million and amended the terms of the rights issue, but to no avail.

A few days later, the company withdrew the rights issue but completed a $26 million placement.

This all happened at a time when the gold price was relatively stable, and the market had a fundamentally positive view on the company’s Mt Morgans gold project.

The strength of the project was highlighted last month when the company secured a project finance facility of up to $150 million with a syndicate of banks.

That enabled the company to start construction last week.