Living the dream, or somnambulism?

Growing the size of the cake, rather than squabbling over the current morsels, should have been the focus of the recent National Reform Summit. 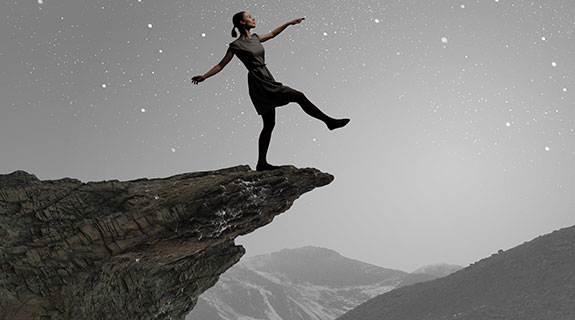 VITAL NEXT STEP: Does Australia have the strategies to wake from its slumber? Photo: iStockphoto

Growing the size of the cake, rather than squabbling over the current morsels, should have been the focus of the recent National Reform Summit.

Just what is it that Australia does; where do we want to be, economically and socially in five years, or a decade?

Those questions seem to be missing in the current debate about whether we are sleepwalking into a recession; and that’s a problem, because until it is discussed there’s a risk a bad situation could get worse.

Two recent events weeks underline the problem of a country that doesn’t really understand itself, or how it funds a lifestyle that’s the envy of the world.

The first event was in Sydney at a conference billed as a ‘National Reform Summit’, where the focus was on important, but peripheral issues, such as tax, superannuation and the federal government’s budget position.

It was effectively a discussion by worthy people about how to divide the economic cake, and the forum at which the former Treasury secretary, Martin Parkinson, said that Australia might be “sleepwalking into a real mess”.

No-one at the summit seems to have been talking about how to make a bigger cake, except by arguing that a low company tax rate would stimulate business investment.

The second event was in the NSW port city of Newcastle, where the city council voted to withdraw funds from banks that fund fossil-fuel industries such as coal, gas or oil.

Given that Newcastle is Australia’s biggest coal export port that was a remarkable move. Without coal, the city and its surrounding region will shrink, which means Newcastle has effectively voted for self-harm in the name of a possible global good.

Like the National Reform Summit, the Newcastle campaign against fossil fuels overlooked, or simply avoided, considering the fundamental question of how Australia generates the wealth that creates the jobs and funds our living standards.

What delegates to the summit, and councillors in Newcastle, should be considering is the question of how Australia can make itself wealthier so there’s a bigger cake to share.

There are only two ways to achieve that objective. The first is to encourage economic development, and the second is to not destroy what you already have (in the hope that something better will turn up).

Coal, the hot topic in Newcastle and the wider environmental movement, is a good starting point for a debate of the nation’s future direction, and should have been included on the agenda at the Sydney summit.

Last year, despite it being ignored as a key plank in the economy, coal earned 13 per cent of Australia’s export income. Kill coal and Australia would effectively take a 13 per cent pay cut, a sacrifice some people might be prepared to make, but not everyone.

Let’s widen the debate a bit further to incorporate the other fossil fuels – gas and oil. As at last year, they contributed 9 per cent to Australia’s exports. Kill them (and coal) and the pay cut grows to around 22 per cent; a figure that will be considerably higher when the new generation of gas export projects start making their contribution to exports.

Coal, gas and oil between them currently earn Australia around $US65 billion, rating highly on the top 25 exports worth an annual $US300 billion.

Then consider that fossil fuels form only part of the ‘what do we do’ question, because when you add other mined products such as iron ore, gold, aluminium and copper, it becomes clear that 51 per cent of Australia’s exports are minerals, metals and fuels.

A rather sobering aspect to the question of what may lie ahead is to think what Australia would be like without its mining industry, which is the ultimate objective of the environmental movement.

What would replace mining? Tourism, education and financial services are touted as possible successors, but they’ve got a long way to go as they represent $US45 billion in annual export revenue, or about 15 per cent of total exports.

Whether we like it or not, Australia pays its way by having one of the world’s most efficient mining industries; and while profits might be down today they will be up tomorrow when the price cycle turns, which it always does.

Recognising where your money comes from is the first step in running a business or a household, and not many people willingly attack their primary sources of revenue – which is what’s happening in Newcastle.

Nor do they simply ignore the importance of the primary revenue source, which is what happened at the Sydney summit.

A smart business owner knows that the best way to make more money is to expand what you already do well, while looking for new opportunities. To do it the other way round, hoping that something new will replace what you’ve got, really is sleepwalking into a mess.

WAITING for the recovery in commodity prices is becoming an interesting game, and while a sustainable improvement is probably still some way off, there are some rich people making early moves into the sort of raw materials that are Australia’s speciality.

Carl Icahn, America’s 16th richest man with a $US26 billion fortune, has taken the plunge into metals via a $US1 billion investment in Freeport-McMoRan – one of the world’s biggest copper producers

Warren Buffett, America’s second richest man with a $US64 billion fortune, has added oil to his inventory via an investment in Phillips 66, a Texas-based refining and pipeline business.

Mr Icahn’s investment in Freeport could be a precursor to a much bigger play, including a possible takeover bid for the troubled company, which operates the giant Grasberg mine in Indonesia.

Other investors have followed Mr Icahn into Freeport, probably because they expect corporate activity but also because the mood for metals is changing as prices stabilise and short-sellers start to close out their positions. Or as investment bank UBS put it last week with a rhetorical question on a commodity note: “Time to cover your shorts?”

IN NSW and Victoria, states that seem to dislike mining, gambling has been discovered as another way to achieve growth.

That observation is obviously ironic, because gambling rarely creates wealth for the gambler and can be one of society’s more destructive habits.

Nevertheless, it was sadly amusing to read last week that gaming machine revenue continues to grow at an annual rate of around 7 per cent in NSW and 4 per cent in Victoria.

Perhaps it is possible to have a gambling-led recovery, though that is probably a gamble in itself.