Living the best of both worlds

In May 2015, mining executive Julie Shuttleworth had to deal with two major developments in her life. She had just started as general manager of Fortescue Metals Group’s Solomon mine when she found she was pregnant with her first child. 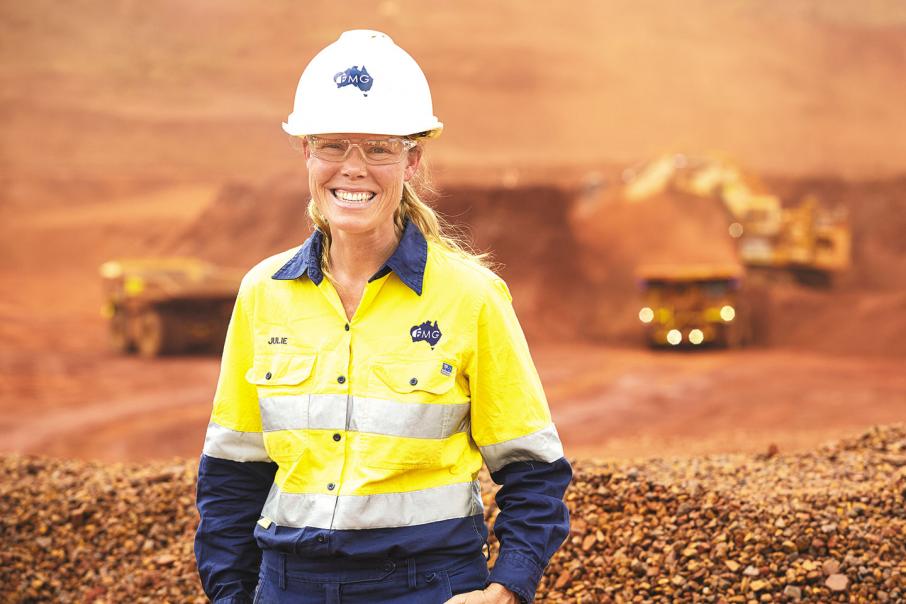 In May 2015, mining executive Julie Shuttleworth had to deal with two major developments in her life.

She had just started as general manager of Fortescue Metals Group’s Solomon mine – the biggest mine in the company’s expansive Pilbara operations – when she found she was pregnant with her first child.

While the arrival of two such significant pieces of news in a short period may overwhelm some, the energetic Ms Shuttleworth, who was a 40under40 award winner in 2013, was undaunted.

“I worked through the whole pregnancy, mostly up at site, but I had to stop flying at eight months,” Ms Shuttleworth told Business News during a media visit to Solomon.

“I worked in the Perth office for a month, stopped work and a day later Jett was born.

“I don’t know how many woman have done fly-in, fly-out, eight months pregnant, running a mine as a general manager, it’s probably a unique experience.” 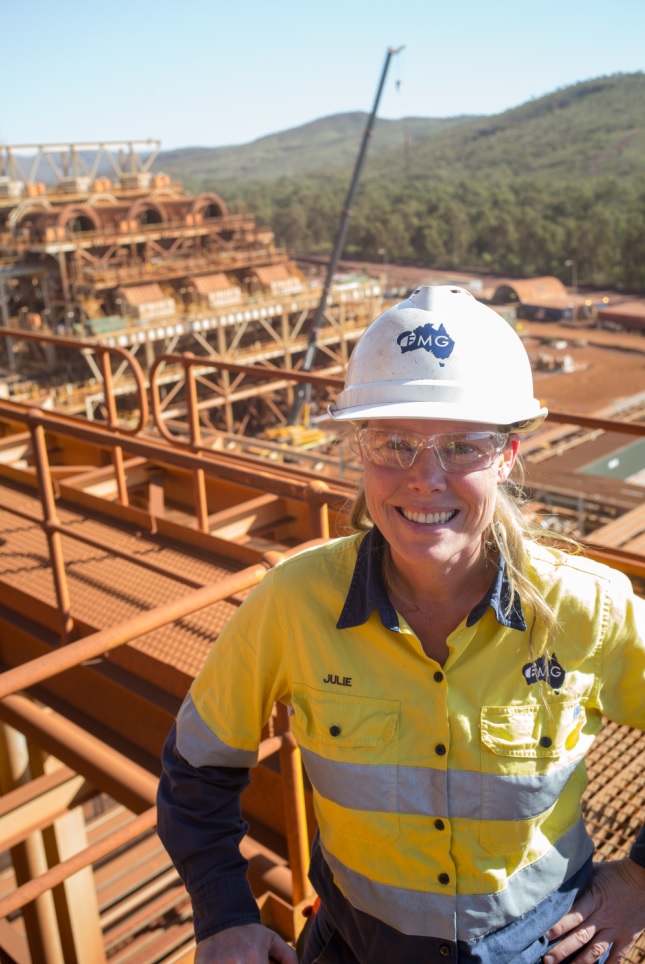 She said the combination of Fifo work and parenting was only possible because of the support she received from Fortescue, which has multiple programs to help women, and from her husband and a child carer.

“I have a very supportive husband who works from home and looks after Jett while I’m up here; it’s a good setup that works for us,” Ms Shuttleworth said.

“As a career oriented woman, I could have gone through life without having a family, and I’m just so grateful that I didn’t miss out on that opportunity, that’s the most fantastic thing, that I’ve got a family now and a great career.”

Apart from an 18-month stint in Perth, Ms Shuttleworth said she had always worked Fifo, including long rosters such as nine weeks on, four weeks off.

“A typical working week for me is getting up at 3.30 on a Monday morning and going to the airport, and flying up to Solomon,” she said.

“I do four days a week at Solomon, 12 hours per day in the workplace, returning to Perth Thursday evening, and then generally I have three days off.

“However sometimes that Friday is in the Perth office.”

Remarkably, Ms Shuttleworth and her husband have continued their love of travel and outdoor activities.

“Jett got his passport when he was six weeks old, and he’s been swimming, paddle boarding, boating, fishing and hiking all over the place,” she said.

“I definitely intend to continue my lifestyle, having fun, and Jett will be completely involved in that.

“That’s a big thing Brett and I agreed, that we would continue that love of travel and all those recreational activities we enjoy.”

Reflecting on her career to date, which included being a process plant manager at the age of 30 and a general manager responsible for 2,000 people at the age of 35, Ms Shuttleworth said it had been a relatively smooth ride.

“There have been challenges but I don’t sit around and think about that, I just get on with it,” she said.

“For me, it’s about delivering results for the business and being recognised for that, and that’s how you earn your promotions.”

Ms Shuttleworth said she encouraged women to have the confidence to put themselves forward for career opportunities, even if they did not have the perfect experience.

“You need to show that you have the motivation, skill and energy to do the job, and just go for it,” she said.

“Being authentic and having a positive attitude is also important.”

This approach has helped Ms Shuttleworth make career progress since joining Fortescue in October 2013, after 20 years in gold mining,

She saw the change as an opportunity to work in iron ore, with massive tonnes, lots of people, responsible for a bigger budget, and working for a WA company, based in WA

She was general manager of the Cloudbreak mine for 19 months, where her achievements included improved safety and culture, reduced costs, and improved performance of the wet processing plant

In May last year she moved to the Solomon mine.

“Being asked to  run the company’s biggest mine, I saw that as a recognition of my achievements.”

Apart from KPIs like safety, production and cost, Ms Shuttleworth said her goals included maintaining the differentiating culture of Fortescue, and showing visible leadership to do that.

“Fortescue is a really empowering, energetic, positive company with a real focus on family values, looking after our people.

“That was really obvious to me when I joined Fortescue, and also innovation, making things happen, moving quickly, that was really refreshing.

Some of the initiatives it has pursued to support women include a career resiliency program.

“That’s for up and coming female leaders, where they are encouraged to lean in, increase their resilience and have a go,” she said.

“A lot of them have asked me to be their mentor, they might not have had the courage before.”

Fortescue also has a Trade up program to encourage women into trades, and its recruitment programs encourage females to apply.

It allows job sharing, even for Fifo employees – two people share one job, where they work two weeks and have four weeks off

With an eye on the future Ms Shuttleworth has completed courses at the Australian Institute of Company Directors and Harvard University to broaden her skill set.

“One day I want to be CEO of a medium to large mining company; there’s a few steps before I get there, I’m not in any rush, but that’s my longer-term career goal,” Ms Shuttleworth said.

“I like to have goals, but I don’t make firm career plans anymore, as I am happy with where I am and usually life presents its opportunities along the way.”

• Mark Beyer travelled to the Solomon mine as a guest of FMG.