Exporters have agreed to place a three-month moratorium on sheep exports to the Middle East, months after TV footage revealed poor conditions on board a live export vessel departing Fremantle. 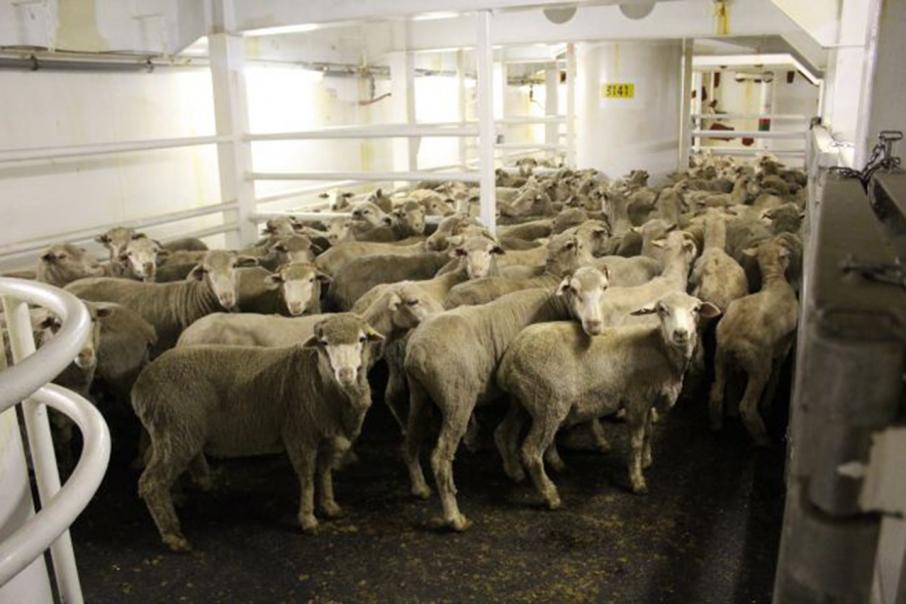 Exporters have agreed to place a three-month moratorium on sheep exports to the Middle East, months after TV footage revealed poor conditions on board a live export vessel departing Fremantle.

Livestock exporters have written to Western Australian sheep producers, advising of a moratorium in sheep shipments to the Middle East during the Northern Hemisphere summer.

The moratorium, to take effect from June 1 2019, will mean no shipments of Australian sheep will depart any Australian port for the Middle East during the highest heat stress risk period of the northern summer.

Australian Livestock Exporters’ Council chairman Simon Crean said the moratorium would provide certainty to sheep producers who supplied the trade, and was just one part of wider-ranging industry reforms.

“This is about maintaining and growing a strong, viable nine-month-a-year live sheep trade and, more broadly, securing the future of Australia’s livestock export industry,” he said.

Exporters will observe the moratorium while the industry develops new technology which could, in the future, address the heat risk challenges associated with shipments in June, July and August.

“Potential solutions being developed by the export research and development corporation, Livecorp, include improved detection and avoidance of temperature extremes, and on-board dehumidification,” Mr Crean said.

In addition to the moratorium, sheep exporters have agreed to initiate a program of transparency and on-board monitoring, to be designed and developed by LiveCorp. The program will improve transparency and communication with producers with regard to on-board conditions and the performance of shipments.

In the seven years from January 2010 to December 2017, Australia’s live sheep exports to the Middle East contributed $2.06 billion to the Australian economy, exporting 16.6 million sheep over 258 voyages.

While more than three-quarters of Middle East sheep voyages in the past seven years have recorded mortalities of less than 1 per cent, the majority of the 20 voyages when mortalities were above 1.5 per cent occurred in the June to August northern summer period.

“The live sheep trade to the Middle East needs to be reset,” Mr Crean said.

“June to August sheep exports to the Middle East are worth $55 million per annum, so the moratorium will, without any doubt, impact farm gate returns. But this decision shows the genuine care exporters have for livestock – values we share with producers – and our commitment to the industry’s future.”

The moratorium will be enforced via ALEC’s newly established mandatory code of conduct.

"It has been well documented that the northern hemisphere summer poses an unacceptable heat stress risk to live sheep coming from the southern hemisphere," she said.

"Our government strongly argued for a northern summer pause as a way to ensure the industry would not see a repeat of the conditions exposed on 60 Minutes earlier this year.

"Industry rejected the proposal at the time, and to wait this long to make this common-sense decision has put the industry on the back foot.

"However, we welcome that ALEC and the Western Australian Livestock Exporters' Association are now taking this important step to ensure better animal welfare outcomes and to restore public confidence and community license.

"We are working closely with the WA sheep industry to build more resilience for farmers and the entire supply chain, to ensure this important industry thrives into the future."