A Defence Housing Australia apartment project in Fremantle has become the state’s third property development to be recognised as a One Planet Community, under the international Bioregional program. 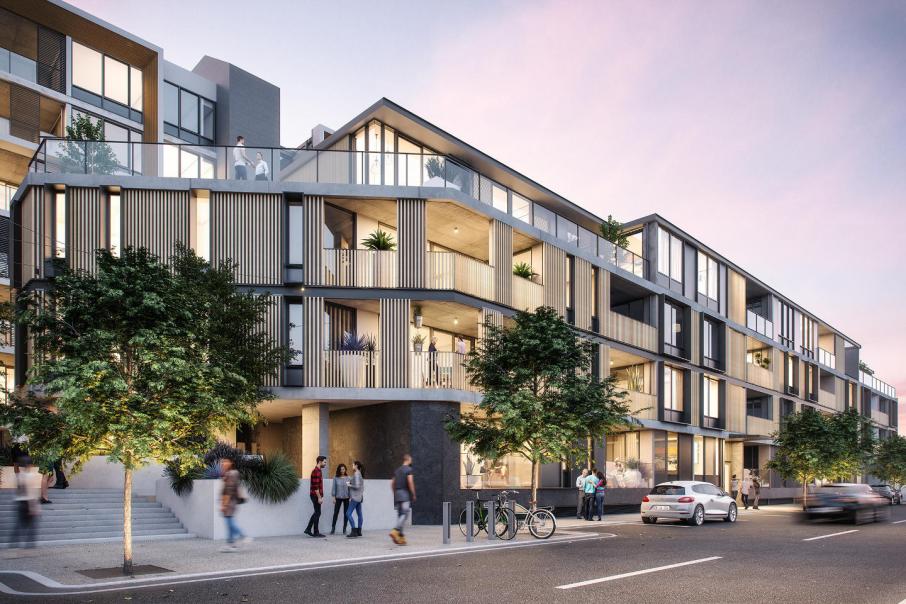 A Defence Housing Australia apartment project in Fremantle has become the state’s third property development to be recognised as a One Planet Community, under the international Bioregional program.

Solar PV panels, a high-specification glazing system utilised throughout the development, edible gardens, landscape irrigation, a waste reduction strategy, energy saving ceiling fans, a rooftop communal space and ground floor retail and commercial facilities are all set to feature at the development, which is being built by Georgiou Group and due for completion in August this year.

“These initiatives are expected to reduce household bills and energy consumption at Liv,” Mr Taylor said.

“All of us at DHA are delighted our efforts have been recognised through this important and prestigious award.

“It really puts Liv Apartments on the map as a genuinely unique and sustainable place to live that will be a vital addition to the vibrant Fremantle precinct.”

Bioregional Australia Foundation executive director Suzette Jackson said DHA had demonstrated a clear commitment to reduce emissions and create a sustainable lifestyle for its residents and tenants at Liv Apartments.

“Liv Apartments is showing national leadership with a development that has been designed to create a community with a diverse range of healthy and sustainable living options within the existing Fremantle suburban area,” she said.

City of Fremantle Mayor Brad Pettitt said Liv Apartments would be the largest single development accredited as a One Planet Community in WA.

“It is great to see developments like this that are not only of a high quality but are sustainable and designed for the 21st century," he said.

“We are proud to have this in Fremantle - a community that prides itself on environmental leadership.”

Boutique Perth real estate agency Space Realty has been appointed to sell the two- and three-bedroom apartments, with the first residents set to move in September.