Global demand for lithium is expected to increase by three to four times by 2025 and projected supplies will not keep up, Tianqi Lithium Australia general manager Phil Thick told a Mining Club lunch today. 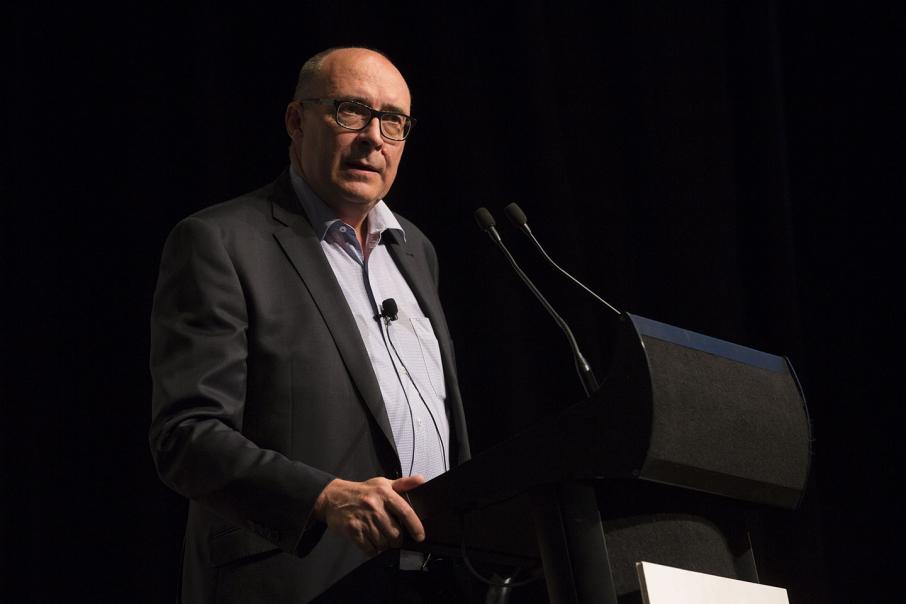 Philip Thick says there has been a significant change in sentiment about where the lithium market is headed over the past few months. Photo: Attila Csaszar

Global demand for lithium is expected to increase by three to four times by 2025 and projected supplies will not keep up, Tianqi Lithium Australia general manager Phil Thick told a Mining Club lunch today.

“Over the past two or three months there has been a significant change in sentiment, but more reality, about where the lithium market is headed,” Mr Thick said.

“Companies like Macquarie that have been very bearish on lithium have completely changed their position.

“That’s happened with a number of groups.”

He said recent statements from auto manufacturers such as Toyota, Tesla, BMW and Daimler had given the market a much better insight into the number of electric vehicles likely to be produced in the coming decade.

“There is real, hard data about where this market is heading,” Mr Thick said.

In recent weeks, Roskill has updated its forecasts, saying demand would be at least 600,000t by 2025 and could be as high as 1.2mt, depending on developments in the electric car market.

“That’s three or four times the current demand within the next eight years, and the supply chain is simply not there to support that,” Mr Thick said.

“It requires about 20 or 30 plants of the size we are building in Kwinana and the mine resources behind that to back it up.”

Tianqi is currently investing $400 million building a processing plant in Kwinana that will produce 24,000tpa of lithium hydroxide. It said last week it would bring forward a $320 million expansion to double output.

“To put that into perspective, the global production of lithium hydroxide last year was about 35,000t and our plant will produce about 48,000t when both stages are completed by 2019.”

Mr Thick said the planned output at Kwinana was equal to 40,000t of lithium carbonate equivalent.

He said a major reason for building the processing plant in Australia (rather than China, where Tianqi is based and has current facilities) was that customers wanted diversity and security of supply.

As well as investing in the processing plant, a further $320 million is being invested to lift output at Tianqi’s 51 per cent owned Talison mine near Greenbushes.

ASX-listed Pilbara Minerals is investing $234 million developing its Pilgangoora mine in the Pilbara, which will produce lithium concentrate (aka spodumene concentrate).

Altura Mining is also aiming to start development this year of its mine, also called Pilgangoora.