Australia’s first lithium hydroxide refinery at Kwinana has commenced production five years after the start of construction, but with full capacity still 18 months away. 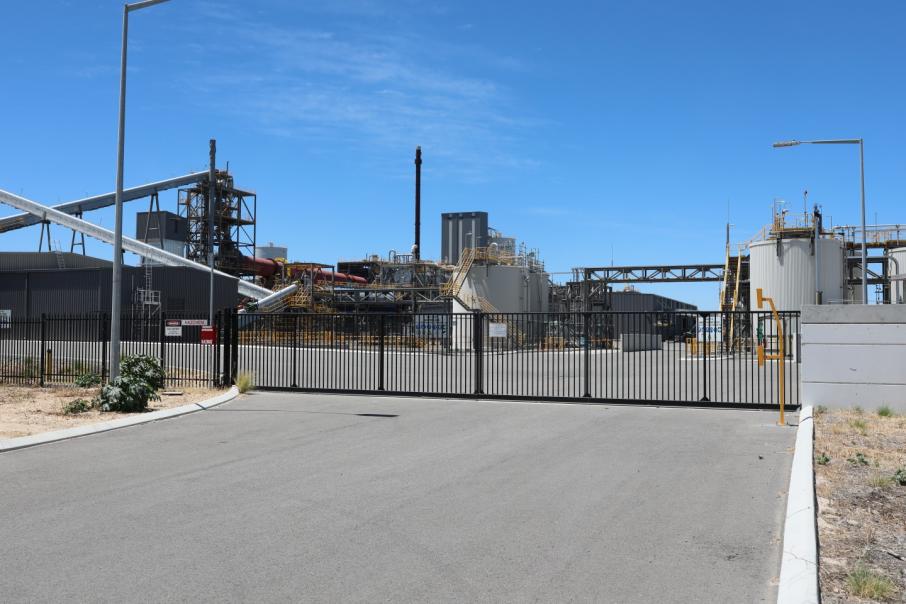 ASX-listed IGO, which bought a 49 per cent stake in the refinery this year, said today it had produced its first lithium hydroxide chemical product.

The project is majority owned by China’s Tianqi Lithium Corporation, which put the project on care and maintenance in 2019 after running into financial problems.

Tianqi had already invested $US700 million at Kwinana by that time, completing construction of one lithium hydroxide production train and starting work on a second.

The new joint venture owners committed to invest a further $US30 million commissioning train one and $US190 million to complete construction of train two.

IGO said the commissioning program at Kwinana was designed to hot commission each of the individual unit processes sequentially from calcining, acid roasting, leaching, purification and crystallisation on a batch basis.

That has culminated in the production of the first lithium hydroxide chemical.

The focus will now turn to operating train one on a continuous, rather than batch, basis, while also progressively improving product quality to a battery grade product.

IGO said it was expected that saleable product would be produced in the December 2021 quarter.

Train one is expected to progressively ramp up to the design production rate of 24,000 tonnes per year of lithium hydroxide by the end of 2022.

IGO managing director Peter Bradford said the production of lithium hydroxide was the first step of a journey but nevertheless represented a key milestone for the joint venture.

“We are therefore delighted to have achieved this first important step in the commissioning of train one and to have done so ahead of the internal schedule developed earlier this year,” he said.

“The strong demand being witnessed in the lithium market globally reinforces the strategic nature of Kwinana, which, together with the Lithium JV’s interest in the Greenbushes mine, is rapidly evolving into a globally significant, integrated lithium operation catering to the specific needs of premium lithium-ion battery manufacturers”.

Three lithium refineries are under development in Western Australia.

US company Albemarle Corporation and its local partner, Mineral Resources, are building a 50,000tpa refinery at Kemerton, at a cost of $US1.2 billion.

First production from the Kemerton Lithium Plant is due next year.

Covalent plans to develop a mine at Mt Holland in the Goldfields and a 50,000tpa refinery at Kwinana at a cost of $1.9 billion.