SPECIAL REPORT: Ten lithium projects under construction or in advanced planning to bring new lithium supply onto the market will dramatically boost exports of the commodity in coming years. 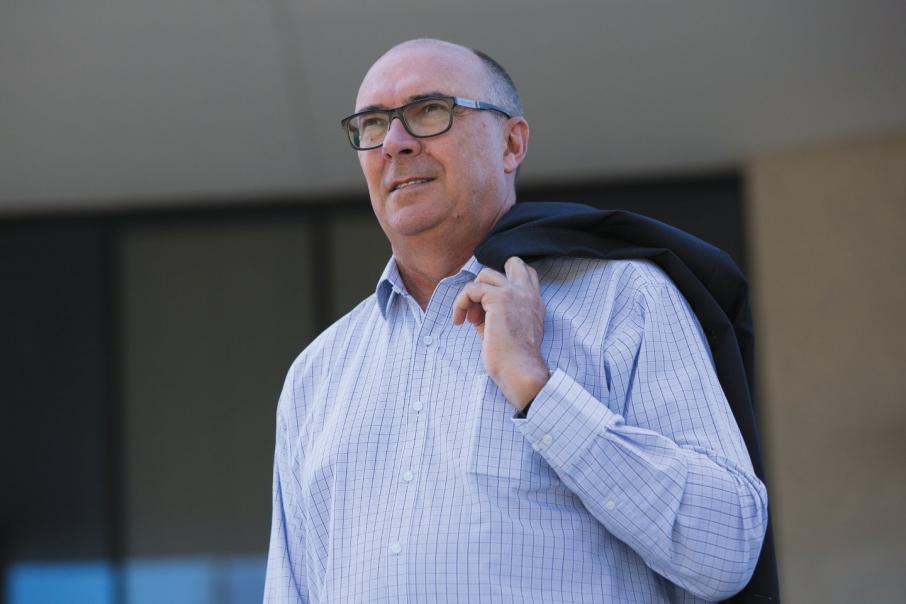 Phil Thick is heading one of the state’s most significant resources projects. Photo: Attila Csaszar

Chinese company Tianqi Lithium could soon secure its place among the state’s top 20 biggest exporters, and in the process lead a surge in the value of annual lithium sales to $4.6 billion by the end of the decade, according to Business News’ research.

Tianqi is building a $400 million processing facility in Kwinana to produce lithium hydroxide, used in batteries, with output expected to be 24,000 tonnes per annum.

With the going price for lithium hydroxide close to $US15,000/t, Tianqi would be exporting about $480 million annually, roughly the same value as nickel producer Sandfire Resources.

That figure would double if the company’s board approves a second production train at the plant – a $317 million investment that has just been ticked off by the local development assessment panel.

A decision is expected in the next two months.

Tianqi also holds a 51 per cent share in Talison Lithium, operator of the Greenbushes mine, with the remaining 49 per cent controlled by US-based Albemarle.

Greenbushes, which already produces a third of the world’s lithium, is undergoing a $320 million expansion to double capacity.

When that is completed, the mine will produce more than 1.3mtpa of lithium concentrate, which currently sells for about $US900/t.

About 380,000tpa would be used as inputs for the Tianqi Kwinana lithium hydroxide plant, leaving annual concentrate exports worth more than $1.1 billion.

Leading these new suppliers is Pilbara Minerals, which is expecting to produce 314,000tpa of lithium concentrate from its Pilgangoora project.

That mine is under construction and will begin production next year.

A further boost from Pilbara Minerals will be a planned stage two development, which would raise tonnage to 564,000tpa.

The company has already received support from offtakers, with Chinese car maker Great Wall signing on for 75,000tpa of concentrate from the expansion.

Pilbara has a feasibility study under way for a potential expansion to 800,000tpa, although it is yet to be finalised.

Business News calculates an 800,000tpa rate would bring export revenue of about $960 million at 2017 prices.

Altura Mining is also building a project in Pilgangoora, with an expected output of 220,000tpa, and is studying a growth plan to double that, while Tawana Resources’ Bald Hill project will bring a further 155,000tpa to market.

Another potential mine, although in the early stages, could be Kidman Resources’ Earl Grey project, where the company is undertaking feasibility and tipping production of  288,000tpa.

Galaxy Resources is producing at a rate of about 160,000tpa from the Mt Cattlin mine near Ravensthorpe, while Mineral Resources is pumping out 400,000tpa at the Mt Marion project south-west of Kalgoorlie.

The grades of that concentrate are varied, with some at the market standard 6 per cent and a portion at 4 per cent.

MinRes is also exporting 4mtpa in a direct shipping ore operation from the Pilbara, with the value of that untreated ore expected to be no more than $US50/t.

A potential project to install concentrator capacity at the site to produce 500,000tpa is under review.

“We see a significant structural shortage in the next five years,” Mr Thick told Business News.

That shortage was particularly in processing, he said, rather than mineral resources.

“That requires a pretty substantial increase in both resources and more importantly processing, which is what we’re doing with the Kwinana plant,” Mr Thick said.

There were a few factors behind the choice of Kwinana for Tianqi, which has two existing plants in China.

One was that customers were looking to increase diversity of supply, he said, with about 80 per cent of processing currently undertaken in China.

Another was that processing could take place closer to the mine, with a marked reduction in shipping costs.

Despite the higher capital outlay from building the plant in WA, Mr Thick said operating costs, including energy, were in the same ballpark.

He said stage one of the project was on track, with some tanks installed, concrete foundations mostly done and the administration and workshop buildings nearly built.