Lithium boom running out of charge

A $1 billlion-plus lithium refinery planned for the Pilbara has been put on hold and a second refinery under construction in the South West has been reduced in size as local company Mineral Resources and its US partner restructure their joint venture after a sharp fall in lithium prices. 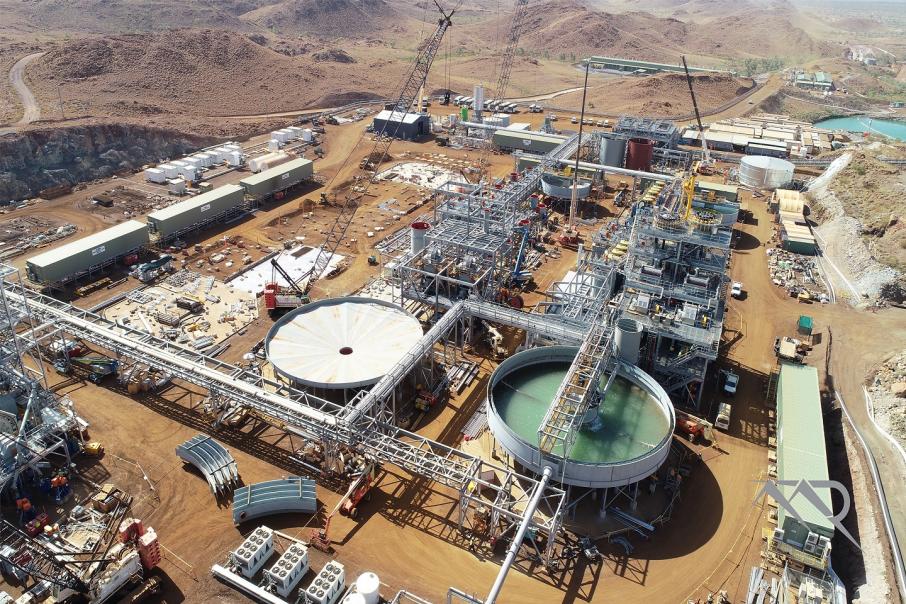 The Wodgina project is on hold amid weak lithium prices.

A $1 billlion-plus lithium refinery planned for the Pilbara has been put on hold and a second refinery under construction in the South West has been reduced in size as local company Mineral Resources and its US partner restructure their joint venture after a sharp fall in lithium prices.

As well as scaling back their planned investments, Mineral Resources and Albemarle Corporation have restructured the ownership of their Wodgina and Kemerton projects.

The changes follow a sharp slide in lithium prices, as the growth in supply has outstripped the increase in demand.

US company Albemarle had originally planned to buy a 50 per cent stake in MinRes's Wodgina project for $US1.15 billion ($A1.64 billion) in cash.

Separately, Albemarle has started construction of a lithium hydroxide refinery at Kemerton, near Bunbury.

Under the new arrangements announced today, the two companies will form a 60:40 joint venture covering both projects.

Albemarle will acquire 60 per cent ownership of MinRes's Wodgina lithium mine and form a 60-40 joint venture to operate the project.

In return, it will pay $US820 million ($A1.17 billion) in cash and transfer a 40 per cent interest in two, 25,000tpa lithium hydroxide modules being built at Kemerton.

That means Kemerton’s initial capacity will be 50,000tpa, down from 60,000tpa previously planned.

“The timing and location of any further lithium hydroxide conversion capacity in this joint venture will be based on market dynamics, the forecasted demand of customers and will be funded 60-40 by ALB and MRL,” it said in a statement.

Today’s update from MinRes also disclosed that the cost of the Kemerton project is $US1.2 billion, with the full cost to be met by Albemarle.

On that basis, the 40 per cent being transferred to MinRes is worth $US480 million.

MinRes said the lithium concentrate (aka spodumene) being produced at Wodgina may be processed at either Kemerton or offshore.

Managing director Chris Ellison said the revised structure preserved the key features of the original transaction while reducing the overall funding requirement for both parties.

"It also provides an opportunity for MRL to participate in the development of the Kemerton lithium hydroxide plant, which will provide MRL with an interest in an operational lithium hydroxide facility sooner than previously planned through the Wodgina development,” he said.

"This represents a win-win outcome for both parties.

“I look forward to continuing our work with Albemarle to achieve financial close in 2019.”

Mineral Resources was advised by Macquarie Capital as financial adviser and Gilbert + Tobin as legal adviser.

Albemarle said it would continue to have responsibility for the marketing of all product produced by the joint venture.

"The ALB-MRL joint venture will generate great value by bringing together the mining expertise of MRL and the conversion process and market knowledge of Albemarle," chief executive Luke Kissam said.

"The changes to the transaction accelerate the joint venture's ability to bring lithium hydroxide to the market to serve the commitments made to Albemarle's customers through our long term agreements.

“This also allows Albemarle to reduce its capital spend for the foreseeable future while preserving greater flexibility and options for any such capacity additions in the future."

Wesfarmers announced in May it would pay $776 million for Kidman, at a big premium to the prevailing share price.

Kidman has a 50:50 joint venture with Chilean company SQM to develop the Mt Holland lithium project, comprising a mine and concentrator in the Goldfields and a lithium hydroxide refinery at Kwinana.

If the takeover proceeds, Wesfarmers estimates it will have to invest $700 million for its 50 per cent share of the project, which is scheduled to start producing in 2022.

The proposed Kidman refinery is located next to Tianqi Lithium’s Kwinana refinery, which is nearing completion, albeit after cost increases and schedule delays.

Tianqui and Albemarle jointly own the Greenbushes lithium mine, which is in the midst of a major expansion.