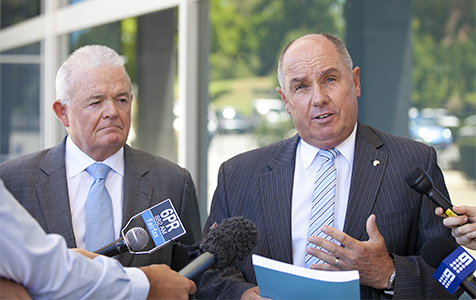 Despite the 141 recommendations put forward in the committee’s report, however, the Australian Hotels Association (WA) has dismissed the 250-page document as a mixed-bag attempt at satisfying non-industry stakeholders.

Today, more than a year after the independent committee was established to review the legislation, chair John Atkins handed over the resulting report to Racing and Gaming Minister Terry Waldron.

Mr Atkins emphasised that the 141 recommendations should be considered as a holistic approach to improving the legislation and no single recommendation be singled out.

Key themes do emerge from the regulations, however, including cracking down on underage drinking.

The committee has recommended it become an offense to supply minors with alcohol and that the police be able to use entrapment to uncover unlawful supply.

The committee has also addressed complaints over the liquor licence application process and made a significant number of recommendations for its improvement.

They include increasing transparency by allowing applicants to see the status of their application, introducing set timeframes, and requiring the authority to publish application statistics.

The liquor licensing authority would also be held to account if the recommendations become legislation, with a suggestion it works to stakeholder-agreed key performance indicators.

The police commissioner would also be given more power with the ability to impose, vary or cancel conditions on a liquor licence.

However, the commissioner and the executive director of public health would no longer have the ability to argue that a proposed venue be a risk to public health without providing details.

Larger venues would also be subject to increased regulation, with each of those falling under a new “high risk” category (hotel, night club, liquor store and casino) having to complete a new statement relating to its impact on the community.

“The report is a mixed grab bag of health and police interests that have been recommended with little regard to what the consumer and the whole hospitality and tourism industry needs,” Mr Woods said.

Mr Woods offered Sunday trading as an example; while county liquor stores would be able to trade on a Sunday for the first time under the recommendations, trading hours for other venues would remain largely unchanged.

The only exception would be Sunday evenings preceding a Monday public holiday, when trading hours would be extended to midnight.

“There is still the restriction on bars and hotels to shut at 10pm - we’re still talking about 1950s type regulations,” Mr Woods said.

Mr Waldron said the process now was to present the report to cabinet and call for submissions from the community and industry, with a view of legislation being introduced to parliament during its spring session.