People Diagnostix managing director Jason van Schie says his technology startup should be able to carry on as normal in a month's time, despite undergoing major financial stress in recent weeks. 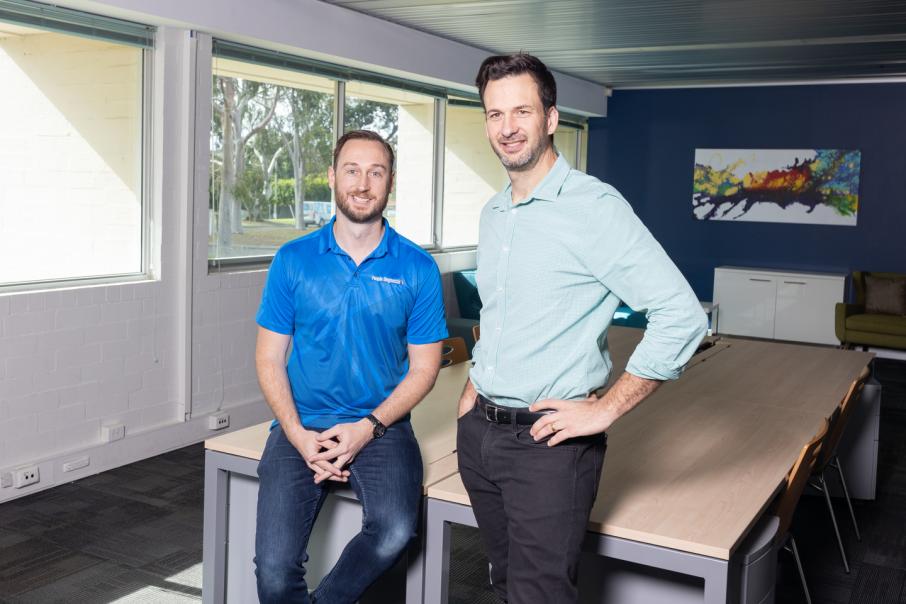 Jason van Schie counts himself and his business among the fortunate ones.

Looking around Western Australia, he believes the case numbers mean the risk of contracting COVID-19 are low and, with any luck, People Diagnostix, the startup of which he has been managing director since 2007, should be able to carry on as normal in about a month’s time.

Having cancelled an upcoming capital raising, Mr van Schie said he was disappointed to find out earlier this month that, because People Diagnostix did not trade to consumers last year, it did not qualify for the federal government’s $130 billion wage subsidy.

“We’re kind of in a position where we can’t raise funds,” he said. “For JobKeeper, you need a 30 per cent reduction in funds comparable to the same time last year [for the April quarter].

“We were pre-revenue last year; even though we’re making small revenue at the moment, it’s not enough to cover costs, so we’re still burning cash, and we can’t raise capital either.”

Mr van Schie said this was a common problem facing startups across Australia, and that without direct funding for the sector many businesses on tight margins would struggle to manage their cash flow.

In recent weeks, he said, People Diagnostix had undergone an internal restructure, providing some of its four employees with equity in lieu of compensation to reduce demands on cash flow.

If that were to be supplemented by a loan of around $250,000, which the government has said it will guarantee as part of its small business stimulus program, Mr van Schie was confident the business would have enough capital to resume normal operations.

“We were able to make some moves to keep things moving along for the development of the product,” Mr van Schie said.

“For larger startups with 10 to 20 staff, [the lack of support] would be really harmful.”

While many startups can receive support from the government’s recently announced programs to benefit small businesses, the sector itself has received no specific stimulus.

That’s in contrast to governments throughout Europe that have made decisive moves to ensure the sector survives the COVID-19 pandemic.

In France, the government has pledged €4 billion ($A6.9 billion) to the country’s startup ecosystem, whereby startups can access short-term refinancing, tax credits and guarantees for money lost as a result of cancelled capital raises.

Germany, meanwhile, will spend €2 billion ($3.4 billion) to secure its startup sector, with the country’s economy minister Peter Altmaier telling reporters earlier this month that existing programs wouldn’t be suitable for many startups.

Though Mr van Schie recognised the benefits of programs such as the Accelerating Commercialisation fund, he said the federal and state governments could do more to secure the sector.

Mr van Schie said a government guarantee for capital raisings matching private funding dollar for dollar, similar to that implemented in France, was one effective way of providing targeted relief to startups.

“People putting in from private equity would see the value double based on the risk they’re taking,” he said.

“I don’t agree there should be handouts for all startups, given the high value of them in general, but if they are able to attract funding, it would be amazing if the government could match that.”