Lining up the Libs’ next leader

Succession remains an issue for the state government, with none of the contenders to take over from Colin Barnett the finished product. 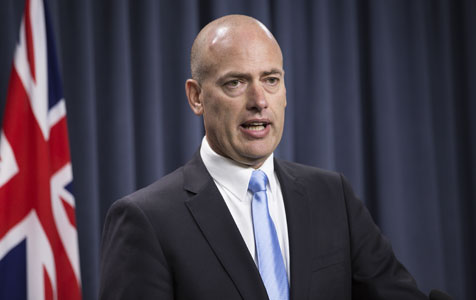 Colin Barnett raised eyebrows last year with his decision to lead the party to the next election (provided Liberal Party colleagues agreed), given that the announcement came about 12 months earlier than he was expected to address the issue.

Similarly his recent disclosure that, provided his government is returned, he would step down during the third term, also seemed to come out of the blue. Most leaders keep those cards close to their chests. So what's going on?

The first point is that succession in long-term governments can be a problem. Recent examples in the federal arena are tensions between Bob Hawke and Paul Keating on the Labor side, and John Howard and Peter Costello for the Liberals. Ambition, stoked by ego, can be a powerful and divisive force.

There's no public evidence that Mr Barnett is under serious internal challenge, although there are the inevitable mutterings about his leadership style. But it does make sense to focus on future leadership, given that two potential replacements have already fallen by the wayside during the past three years.

The first was Christian Porter who, as both attorney general and treasurer, was in the box seat to take over as premier. But the possibility of becoming number one seemed tempered by the fact that he would lead a government that was starting to wear out its welcome. And the national stage was also tempting. So he jumped to Canberra.

Another treasurer, Troy Buswell, was also seen as leadership material – until an eventful drive from Kings Park to Subiaco just 12 months ago led to his political demise (adding to questions over his character raised several times previously).

It then appeared that Mr Barnett might be stranded in the top job with no successor in sight. However now that he has served notice on his longevity, serious thought must be given to who will move into the driver's seat.

It won't be his deputy, Kim Hames, who has flagged his retirement from politics in 2017. And the competent planning minister, John Day, is at the wrong end of his career as well.

Leadership in Western Australia requires both political skills and a good working knowledge of the state's finances, including the engine driver of the economy – the resources sector.

There are four contenders who immediately step into the frame. Eminently qualified is the member for Riverton, Mike Nahan, who is both treasurer and energy minister. He has quickly established himself as one of the government's best performers, however at 64 he is the same age as the premier.

Alfred Cove MP Dean Nalder's recent run has been checked following revelations of conflicts of interest in his ministerial office. As a result he was stripped of the finance portfolio but retained transport. There is still time for rehabilitation.

Police Minister Liza Harvey (Scarborough) is well regarded in the ministry, as is the environment minister, Albert Jacob (Ocean Reef). But both lack experience in the key finance and resource sectors.

A good guide to future leadership prospects will be the next reshuffle, and – should the Liberals be returned – who gets the resources and money portfolios. Competence in these areas is a prerequisite.

Remember when Julia Gillard lent her authority to support Olympian Nova Peris as her party's endorsed Senate candidate for the Northern Territory, ahead of another long serving female senator who was keen to carry on?

Ms Gillard claimed it was a 'captain's pick' – in other words, her decision and hers alone.

Prime ministers obviously have significant authority. Used judiciously for matters of national importance, it can be quite effective; but there appeared to be precious little national interest in the Peris endorsement.

It's a similar story with current Prime Minister Tony Abbott's decision to award the Duke of Edinburgh an Australian knighthood to mark Australia Day. Not surprisingly, the decision attracted strong criticism.

Some, unfairly, was directed at the duke, who has performed his duties competently over many years.

But Mr Abbott has been skating on thin ice since he surprisingly announced the reintroduction of Australian knights and dames last year. It showed that, as a leader, he was looking back rather than forward.

This latest decision, which has had some of his colleagues scrambling with half-hearted efforts to defend him, is an inept way to start a year that will provide its fair share of challenges.

It's a needless diversion that will again fire up the republican debate when the focus should be on the economy, no ifs or buts.

The prime minister's allies in the Liberal Party would be doing him, and the nation, a favour by taking him aside for a quiet chat to tell him 'no more captain's picks'.

If he doesn't get that message, then it's time to move him on.