Fortescue Metals Group has announced the resignation of three senior executives, with the company citing cultural issues and refusing to confirm cost blowouts at its Iron Bridge project. 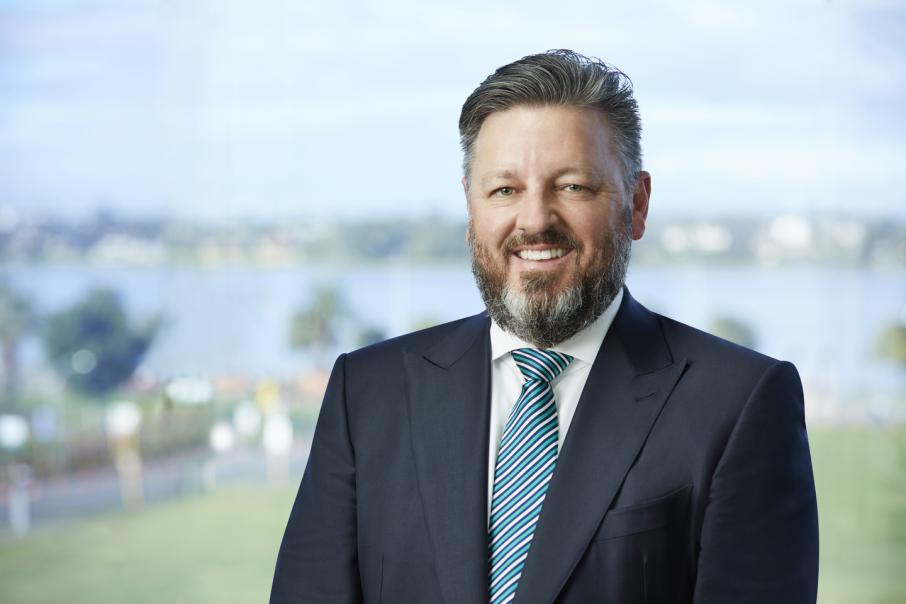 Greg Lilleyman has resigned after four years at Fortescue.

Fortescue Metals Group has announced the sudden resignation of three senior executives, with the company cryptically citing cultural issues and refusing to confirm cost blowouts at its Iron Bridge project.

Chief operating officer Greg Lilleyman has resigned from his position with immediate effect.

The company issued two ASX announcements today related to the resignations but neither clearly explained the reasons.

Chief executive Elizabeth Gaines linked the sudden departures to the company’s values and culture, but with no details.

“At Fortescue, our commitment to our values and culture is our highest priority,” Ms Gaines said.

“What we’ve learned through our review of the Iron Bridge project to date, is that we have lost sight of that critical focus.

“Since Fortescue was established, our values, above all else, have driven our behaviours and our decisions.

"These values were allowed to slip inside the Iron Bridge team."

In a hastily convened media conference call, Ms Gaines refused to be drawn on the rumoured $1 billion cost blowout at Iron Bridge, instead making a number of brief cryptic comments.

“Core to our values is meeting our stretch targets,” she said.

“It shouldn’t be taken that this is a reflection of capital costs of the project."

In response to further questions, Ms Gaines said there was no suggestion of corruption or inappropriate personal behaviour.

“This is largely about people and behaviour,” she said.

“Its about the culture that we set within that team.”

She also acknowledged “there has been some breakdown in communication”.

“We take this opportunity to reset the company’s focus on our culture and values which defines us and makes Fortescue a truly great company,” she said in the ASX announcement.

“We have a huge depth of talented individuals with Fortescue DNA across the business who will all contribute as we continue our industry leading operational performance.”

Derek Brown, who is currently general manager of the Solomon mining hub, has been appointed as acting director projects.

The company said its detailed review of the Iron Bridge magnetite project was continuing and an update was expected to be provided with the release of its half-year financial results on Thursday.

Fortescue issued a second ASX announcement this afternoon that had one brief paragraph added to the original.

It quoted the company’s board saying that proven leadership was needed to take charge of Iron Bridge.

“The board of Fortescue Metals Group considers Iron Bridge to be an excellent project,” the statement said.

“However, before it advances further (it) must benefit from a complete technical optimisation and instilling proven leadership, previously unavailable due to the execution of other successful Fortescue projects.”

The Iron Bridge review was announced in late January, with the company saying it would take into account the ongoing impacts of COVID-19, the strength of the Australian dollar and other factors including access to resources and specialist skills.

These projects involve processing of low-grade magnetite ore to produce a high-quality concentrate.

That makes them expensive to build and operate, and they are much more complex than the hematite mines that dominate the iron ore industry in Australia.

However the high-grade concentrate is a premium product, with Fortescue planning to blend it with its lower-grade hematite ore.

When Fortescue chose to proceed with Iron Bridge in 2019, it assured the market it had been derisked by investing $700 million in pilot and demonstration plants.

The project had an estimated capital cost of $3.8 billion and was expected to employ 3,000 people during the construction phase.

The rumoured issues at Iron Bridge contrast with the smooth progress of other iron ore projects in the Pilbara, despite wide concern about skilled labour shortages.

Fortescue's share price fell sharply after the news broke, dropping about $1.60 to $22.90 before recovering partially this afternoon to about $23.70.