SPECIAL REPORT: Improving the potential of WA’s nutrient-depleted soils has been a career-defining passion for John Howieson. 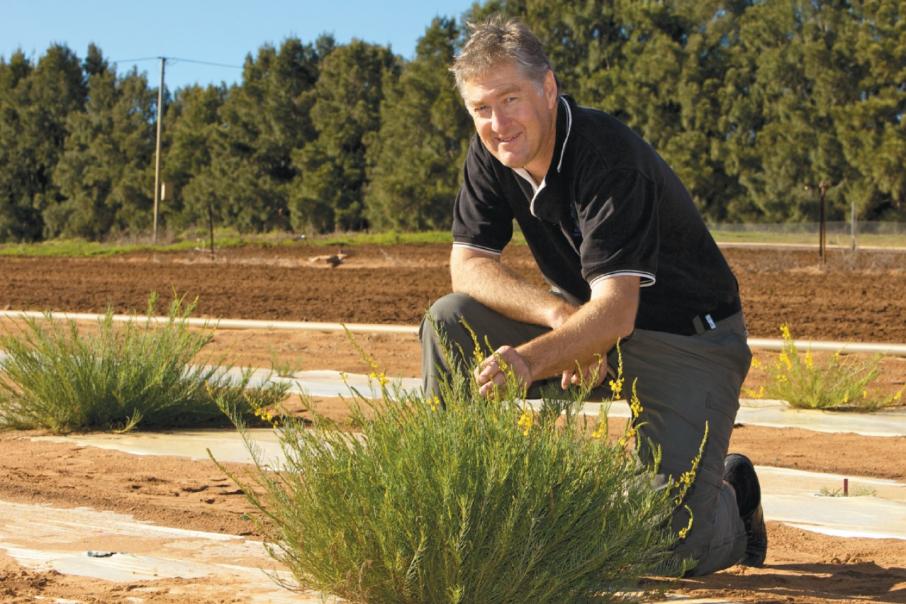 Improving the potential of WA’s nutrient-depleted soils has been a career-defining passion for John Howieson.

What if a crop could make infertile soils productive and then finish as a nutrient-rich, profitable feeding option for livestock? For many farmers across Western Australia, such a crop would be a valuable addition to their business toolkit, which is one reason John Howieson has spent the better part of 25 years researching such a cultivar.

Professor Howieson, from Murdoch University’s Centre for Rhizobium Studies, has spent much of his career focused on identifying ways to enrich the sandy, infertile soils of the Wheatbelt.

At other times his work has taken him to Africa (on the behalf of the Bill Gates Foundation) and Christmas Island.

Central to his research has been the microbial relationships that determine whether crops fail or thrive, and Professor Howieson has been influential in leading some significant developments.

The foundation of Professor Howieson’s research is harnessing control of the relationship between rhizobium (root nodule bacteria) and flowering plants such as legumes.

After testing thousands of varieties and combinations of rhizobium and legume, Professor Howieson discovered rhizobial symbiosis could occur with a peculiar breed of wild South African legume genus called Lebeckia.

The resulting rhizobial nitrogen fixation (emission of naturally produced nitrogen into the soil) was so successful that trials began across various Wheatbelt locations about a decade ago, and CSIRO modelling was undertaken.

What eventuated next was part luck and part design: not only did the Lebeckia legume increase the soil’s fertility, it proved to be a value-adding feedstock for sheep.

CSIRO modelling on the effectiveness of the Lebeckia and serradella legume varieties assessed that sheep farmers could be up to $400 per hectare better off, with animals’ weight increase being a key factor.

Prior to industrially produced nitrogen fertilisers, WA was plagued by inconsistent, unreliable yields due to poor soil and harsh climate.

Even with synthetic fertilisers becoming available, their expense meant profitability was often an issue.

The other downside to synthetic fertilisers is that their manufacture requires production of a significant amount of greenhouse gases. Hence, a natural alternative has always been preferable.

Therefore, the ability to combine soil-regeneration and feedstock expenses into one activity was a welcome development.

“It’s a combination of them being too busy and too risk averse,” Professor Howieson told Business News.

“But that’s okay; we’ve had about 5 million hectares adopted in WA over the past 25 years and more will come.”

Not content to limit the scope of his research to the Wheatbelt, Professor Howieson remains optimistic his work has the capacity to extend into other regions indefinitely.

“Our work on Lebeckia was so blue sky that no-one would originally fund it. So we did it in our spare time and with our students,” he said.

Other regions such as the Kimberley or Pilbara, or over the border in the Northern Territory could also benefit from the rhizome research, albeit with the right investment from government and business.

“We could produce a Lebeckia-type feedbase for the rangelands but we need additional funding of $1 million for that pursuit. I know which plants would do the job,” Professor Howieson said.

“Here in WA we are undoubtedly the world leaders in rhizobium studies,” he said.

“However, a dedicated, independent institute would help in fast-tracking what is essentially a lifelong game.”

“Our agriculture minister [Alannah MacTiernan] is actually very receptive of the importance of our work here at Murdoch and she is one person who could definitely take the lead here.”

Professor Howieson’s other endeavours include the regeneration of Christmas Island’s phosphorous-overloaded interiors, where he has overseen teams turning old phosphate mines into rich, crop-producing groves.

Presently, there’s great yield potential with dozens of staple crop varieties all growing well in pastures that have been laden with a specially curated rhizome.

The findings are well timed to aid in transitioning the local economy to an agribusiness focus and leader in sub-tropical farming.