Lifeline gets talking over a cuppa (with video)

Overcoming the stigma of depression and suicide is a challenge faced by all organisations in the mental health sector, and one that Lifeline WA is tackling head on

OVERCOMING the stigma of depression and suicide is a challenge faced by all organisations in the mental health sector, and one that Lifeline WA is tackling head on.

The not-for-profit crisis support service has introduced a coffee van facility called Bean Talkin' that will act as an alternative to its information booth set-ups at expos and other community events.

Lifeline WA CEO Fiona Kalaf said that people are often hesitant or even afraid to approach a Lifeline booth due to judgment from others, whereas the Bean Talkin' van aims to alleviate these fears.

"We've provided an accessible way for people to talk about some subjects that are still laced with stigma in our community," Ms Kalaf told Business News.

The Bean Talkin' vans will be run by Lifeline volunteers that will receive barista training from family operated coffee roasting business and Lifeline sponsor Dimatina.

"Every one of our baristas is trained in how to identify that somebody might be at risk, and moreover how to connect somebody with appropriate care," Ms Kalaf said.

"When people come up and buy a coffee from us, we're not going to invade their personal space.

"What we're not trying to do is confuse purchasing a cup of coffee with what really needs to be a very prescriptive, safe and secure crisis support or counselling service."

The purpose of the coffee service is to provide a safe environment in which mental health sufferers, or their friends and family members, can discreetly find the assistance they require through conversing with the Lifeline volunteers.

Ms Kalaf said the vans are not meant to target people already in a state of crisis, but at a point where they are receptive to information on how to improve their mental health and where they can seek help.

"There is very much a myth in our community that if someone talks about suicide that they're simply asking for attention; they're not, they're actually indicating that they're at risk," she said.

These people that are coming forward and want to talk about mental health issues are the people that the baristas operating the Bean Talkin' vans will aim to assist, rather than directly approaching or interrogating
anyone who decides to purchase a coffee.

Internet service provider iiNet is the other major sponsor of the Bean Talkin' coffee van, and late last year the company aided the launch of Lifeline's online support service.

"On our online crisis chat service we found that around 50 per cent of the people who are connecting with us are aged 25 and under, and that compares to only about 10 per cent on the phone lines," Ms Kalaf said.

"Bean Talkin' is the natural next step for us in terms of reaching out and connecting with all people in our community, but particularly with young people."

The coffee van model was developed by Lifeline in Canberra, and Western Australia is the first additional state to take on the concept.

All proceeds made from the coffee sales go toward Lifeline WA. 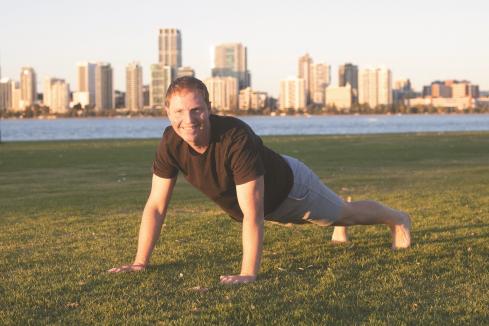