The Liberal Party has been caught flat-footed by federal Labor’s move to deregulate the wheat industry. 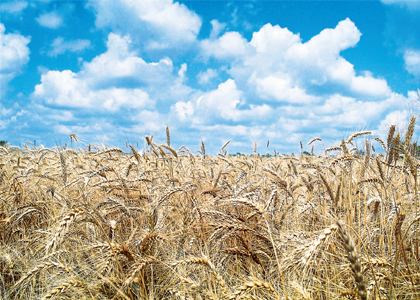 The Liberal Party has been caught flat-footed by federal Labor’s move to deregulate the wheat industry.

THE internal Liberal Party row over deregulation of the wheat industry is a classic example of how a political party can back itself into a comer for all the wrong reasons.

It is also another case of a Western Australian industry having different interests to its counterparts in other states, and the responsibility on MPs to stand up for those who elect them, rather than the political whims of some influential federal party members.

Wheat industry regulation has had a chequered history. The implosion of the Australian Wheat Board over sales to Iraq was the last straw for many growers.

Agriculture Minister Joe Ludwig won’t go down as one of the great primary industry ministers, and no-one can argue that he didn’t bungle the government’s response to the live animal export row. But as far as WA wheat producers are concerned, he’s on the money this time.

And with the WA Farmers Federation and Pastoralists and Graziers Association in broad agreement with the federal Labor government’s plans - it is a powerful trifecta.

When a Labor government presents legislation to ease the shackles on business, the natural reaction among Liberals would normally be to support it. After all they are the party that champions - or should champion - the private sector.

Enter the National Party; and this is when the issue becomes more complex. The Nationals traditionally represent primary producers, especially at the smaller and more marginal end of the scale. They tend to favour the security blanket that a marketing authority can provide.

In this case, at the federal level, it seemed that the National Party tail has been wagging the Liberal Party dog. Liberal leader Tony Abbott had sided with his National cousins to oppose the Labor plan to abolish Wheat Exports Australia and the 22-cents-a-tonne levy exporters had to pay.

It was assumed that the 17 WA Liberals in the federal parliament, and the sole National - O’Connor MP Tony Crook - would fall into line with their party’s decision, despite the views of WA farmers who just happen to be the nation’s biggest producers and exporters.

Mr Crook threw the first spanner in the works by saying he had heard that WA farmers wanted deregulation, and that he would support the Labor plan.

This hit the Liberals on several fronts. First, it showed a WA MP being prepared to buck his party’s Canberra line. That wasn’t too difficult for Mr Crook, as he has kept his distance from his federal colleagues since scoring a surprise win over the veteran Liberal, Wilson Tuckey, in 2010.

As far as the Liberal supporters were concerned, however, if Mr Crook - a member of the ‘agrarian socialists’ - could do it, so could their federal MPs.

This provided the WA Liberals, and especially deputy federal leader Julie Bishop, with a dilemma. How could they, and especially Ms Bishop, remain loyal to Mr Abbott and appease WA party members and supporters? She came up with the strategy that the party actually backed deregulation but several safeguards needed to be implemented first before the party would vote for the measure. That didn’t cut the mustard locally. It was dismissed as a cock-and-bull line.

There was also considerable angst among Liberal wheat growers in O’Connor’s neighbouring Wheatbelt seat of Durack. If Mr Crook was prepared to listen to his constituents, what about their MP, Liberal Barry Haase?

Good point, as 50 per cent of voters in the sprawling seat of Durack live south of a line across from Geraldton - good wheat-growing country. The only snag was that Mr Haase had scored a plum overseas junket, representing Australia at the United Nations in New York, and proved difficult to contact. Even suggestions that producers pay his fare to return to Canberra to vote for deregulation failed to draw a response. As far as they were concerned, he was simply missing in action.

There are also state election implications. The Liberals have their eyes on two Legislative Assembly seats as possible gains at next March’s poll.

They are: Moore, which is being vacated by popular NP member and assembly speaker Grant Woodhams; and Central Wheatbelt, where National Party leader Brendon Grylls has made the crazy-brave decision to nominate for the Labor-held Pilbara seat instead.

Unequivocal Liberal support for deregulation would, according to party strategists, have given them a chance of two seats not previously under serious consideration as possible gains.

That’s no longer the case.

Many party supporters are furious, alleging some federal MPs put their own ambitions ahead of the interests and livelihoods of the producers who grow different wheat, compared with east coast producers.

Suggestions that deregulation be delayed while issues such as port access were decided were deemed irrelevant to WA, where the grain export ports are controlled by the state government. How could access be an issue?

They also believe quality control factors to be issues between the buyer and the seller. Introducing another layer of control is simply unnecessary.

A further reason for senior party members to be cranky is that it is not the first time the party has been wrong-footed by Labor on deregulation. The kudos Labor’s Bob Hawke and Paul Keating gained for floating the dollar and freeing up the banking sector in the 1980s still rankles.

It annoys former prime minister John Howard as well. As treasurer in the early 1980s, he was keen to free up the sector, armed with relevant reports recommending action. But prime minister Malcolm Fraser was strangely reticent, presumably influenced by the powerful National Party trio of Doug Anthony, Ian Sinclair and Peter Nixon.

Federal Labor’s deregulation plan has still to pass the Senate, but as the Greens have now thrown their support behind the bill, thanks to a couple of their amendments being accepted, it is assured of a smooth passage.

Even then the votes of the WA Liberal senators will be closely watched. Veteran Alan Eggleston and rookie Dean Smith have indicated their support for deregulation, but other senators, such as David Johnston, have been critical.

The senators will be expected to adhere to the party’s recent State Council decision in Albany to support deregulation. As one official noted, the senators all promise to uphold WA’s interests when they are endorsed by the party. Many seem to forget that when they get to Canberra.

How the Liberals were outmanoeuvred in a policy area that is one of their bread-and-butter issues has some division officials shaking their heads.

“What does the Liberal Party stand for?” one asked me. “The traditional party principles have been thrown out the door.”

What particularly grates is that Mr Crook moved adeptly to distance himself from his federal Nationals colleagues and reflect the views of his constituents. Many Liberals want to know why their MPs were made to look so flat-footed on a basic party principle.