Libs fail to connect on power

Those who made the initial decision on the solar feed-in tariff should have been more switched on to community sentiment. 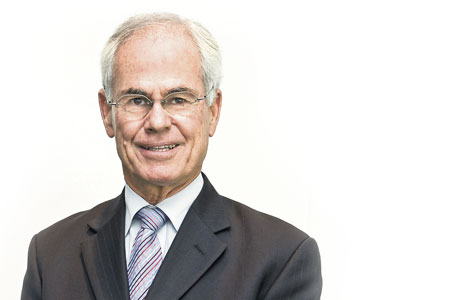 Those who made the initial decision on the solar feed-in tariff should have been more switched on to community sentiment.

The state government was not only warned that its move to wind back the concessions under the domestic solar panel feed-in tariff scheme would provoke a community backlash, ministers were also told how to deal with disgruntled constituents.

The suggestions were contained in briefing notes prepared for the man now copping much of the heat over the scheme, Energy Minister Mike Nahan.

The notes, dated July 19, said a similar decision to reduce the payment for consumers in the scheme in New South Wales “resulted in considerable community criticism and was later reversed by the state government.

“On this basis, it is likely that the decision to reduce the rate will result in widespread community criticism in Western Australia.”

What prophetic advice that proved to be, with Mr Nahan, Premier Colin Barnett and Treasurer Troy Buswell dumping the cutbacks after mulling over the reaction for just four days. Their decision to overlook the “widespread community concern” warning represented poor political judgment.

It also meant that they didn’t get to use the advice, prepared by Mr Nahan’s department, in anticipation of a hostile community response.

The first of the three points to be used “only in direct community correspondence” noted that, “many community needs such as health, policing and education, compete for a limited budget”.

The advice continued: “The decision to reduce the scheme rate was necessary to ensure that the government can continue to expand and improve these services and meet the growing needs of the community at a time when the budget is under pressure.”

And the third point: “The decision to extend the scheme duration from 10 to 12 years will partly offset the effects of the rate reduction, while ensuring that immediate funding priorities are addressed.”

After the government’s hasty capitulation, the advice became superfluous.

Former energy minister Peter Collier sowed the seeds of the government’s post-budget problems when the scheme was announced on May 27 2010. Mr Collier said the aim of the scheme was to give householders “greater incentive to embrace cleaner energy, while also reducing the cost of their electricity bill”.

Then came the key line in the statement: “The minister said the scheme would help system owners recover the cost of installing photo-voltaic systems with recipients receiving the net feed-in tariff payments for 10 years.”

However the notes for Mr Nahan warned that only about 31,000 of the 78,000 consumers who signed up to the scheme would have already covered their costs.

“With changes to the scheme from October 1 2013, it is likely that several thousand customers may still have not recovered system costs after 10 years,” the advice said.

So the government was prepared to leave these consumers high and dry, even though the savings this year would be only $6.4 million, increasing to $21.7 million in 2015-16. Extending the scheme for an extra two years was designed to cushion the impact, but why alienate voters for such a modest saving?

The government backed off very quickly. Regaining the trust of voters, however, will take much longer.

Tony Abbott certainly stirred up a hornet's nest when he described Fiona Scott, the Liberal candidate in the marginal federal seat of Lindsay in western Sydney, as having a bit of “sex appeal”.

The response wasn’t quite as intense as that which accompanied then Prime Minister Julia Gillard’s misogyny speech last year, but Mr Abbott’s critics saw it as a good opportunity to remind voters of their view that he has a problem with women.

How politics has changed. I recall young women in tight ‘It’s Time’ t-shirts surrounding then Labor leader, Gough Whitlam, in his successful 1972 campaign, which ended 23 years of coalition government.

Similarly, female television stars were on hand for publicity shots with NSW Labor leader, Neville Wran, in a winning campaign in 1976. No one turned a hair.

Thirty years later it seems to be a new ball game; for some, anyway.

Let’s be frank. Appearance is one of the factors candidates are judged on when it comes to polling day. And whether he is handsome or she is attractive, can influence how people vote.

John F Kennedy was, and Barack Obama is, popular with women voters in the US, and Bob Hawke was a favourite in Australia.

Those concerned about the sex appeal factor, either genuinely or through feigned indignation to score political points, are a noisy but influential minority. Most voters are more interested in bread and butter issues.