The Liberal Party is standing by its previous commitment to keep Western Power in public hands, with a plan to allow retailers to enter the market place to drive competition. 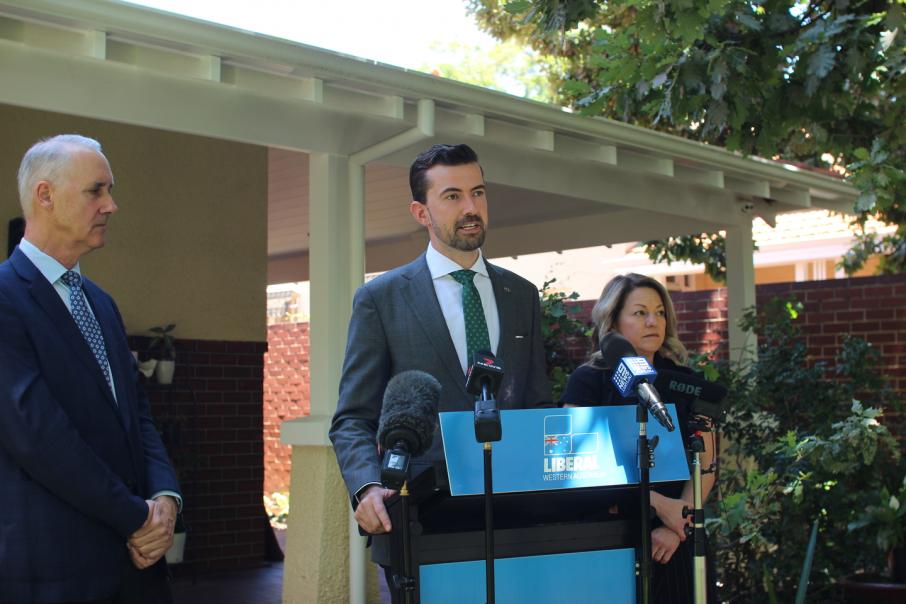 Opposition leader Zak Kirkup said he had already written to unions regarding the proposal, which he said would look to have retailers enter the market straight away. Image: Jesinta Burton.

The Liberal Party has re-announced its commitment to keep state government-owned electricity company Western Power in public hands, instead allowing retailers to enter the market place to drive competition and reduce household charges.

The opposition's commitment, first announced in November, would mean Western Power, Synergy and Horizon Power remain government owned, but competition will be further opened in the retail segment of electricity markets.

During a press conference earlier today, Opposition leader Zak Kirkup said he had already written to unions regarding the proposal, which he said would look to have retailers enter the market straight away.

Shadow Minister for Energy, Renewables and Hydrogen David Honey said the plan was a sensible one, using the 30 per cent reduction in gas prices as an example of what can be achieved when you extend choice.

“Western Australians have copped the largest increase in power prices of any state in Australia - 20 per cent over a bit over three years in this state,” he said.

“Our plan is to introduce sensible competition into the power system to reduce costs for power.

“Gas companies come to you to offer cheaper prices, and that’s what we expect for power.

“One of the problems we have at the moment is that it’s a monopoly - there’s no competition.

“We believe there’s ample scope for Synergy and Western Power to reduce their costs and we believe they’re capable of doing that.”

The decision was largely based around public feedback collected in 2017, which suggested the vast majority of Western Australians would prefer to see the state retain ownership of Western Power.

Mr Kirkup also called on the WA Labor Party to come clean about its plan to drive down household expenses, amid its trial of a new Midday Saver tariff designed to encourage households to take advantage of solar power, shift their power usage outside of peak times, and to better integrate renewable energy into the electricity system.

If successful, WA Labor has indicated the time-of-use tariff could be the “way of the future”.

Mr Kirkup indicated there would be other policies in the energy area announced in the coming weeks, particularly in relation to renewables.