A specially commissioned Liberal Party WA report is set to reignite controversy over the way Goods and Services Tax revenue is redistributed just as federal treasurer Scott Morrison was hoping the states would accept his recent compromise proposal. 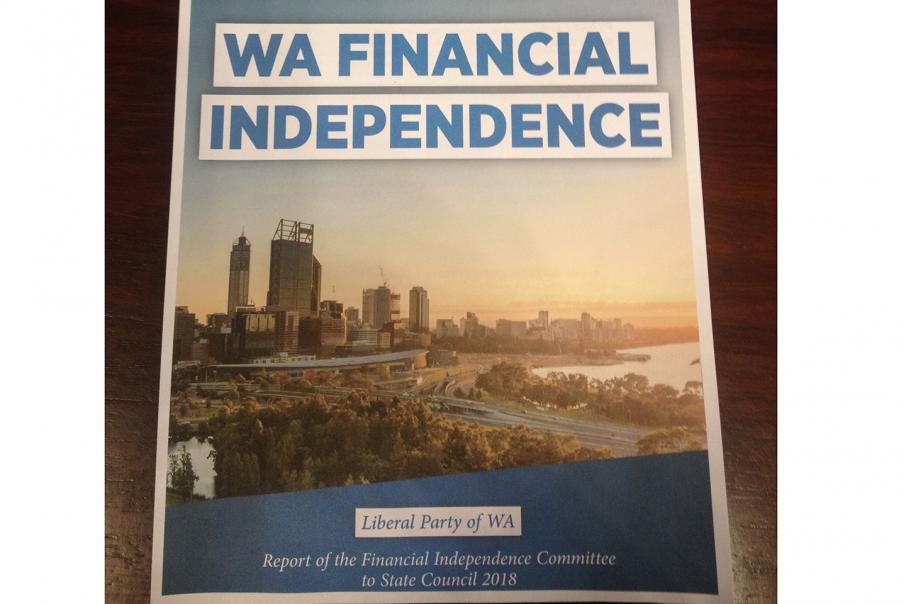 The report calls for a radical overhaul in the way the GST operate.

A specially commissioned Liberal Party WA report is set to reignite controversy over the way GST revenue is redistributed just as Treasurer Scott Morrison was hoping the states would accept his recent compromise proposal.

The report calls for a radical overhaul in the way the GST operates, including giving each state the power to set its own rate in the interests of ‘competitive federalism’.

The states would also be able to retain all the revenue raised, less the costs incurred by the Commonwealth government for collecting the tax.

The report says this should potentially remove the need for the states to set other taxes or find other means of obtaining revenue.

“At the same time, tied grants can be removed as the federal government relinquishes control over areas not specifically within its constitutional remit, such as education and health,” it says.

An eight-member committee, chaired by former MLC Murray Nixon, was formed to investigate the GST issue after a hotly contested debate at last year’s Liberal state conference on whether WA should become an independent state within the Commonwealth.

The report comes just weeks after Mr Morrison released a proposal for a floor of 70 cents for each dollar a state contributes.

WA’s poor deal under the existing redistribution formula led to the state’s share slumping to 33 cents, while this year it will be 47 cents.

The report notes there are inherent weaknesses in the way the GST is distributed, although it says Mr Morrison’s proposed changes are a positive step.

“However these changes will not address the imbalance that sees WA being the biggest net contributor for the foreseeable future,” the report says.

It calls for compensation paid to the Northern Territory and the ACT to be removed from the GST pool. This would mean fairer payments to the other states.

Top-up payments to the NT and ACT should come from other Commonwealth sources.

Mr Nixon said the goal of the report was to help achieve a better understanding of federal-state financial relations to deliver a fairer deal for the states.

“Unless the continuing centralisation of power is reversed, eventually history may repeat itself and then people of Western Australia demand secession,” the report concludes.