Liberals have plans for Honey 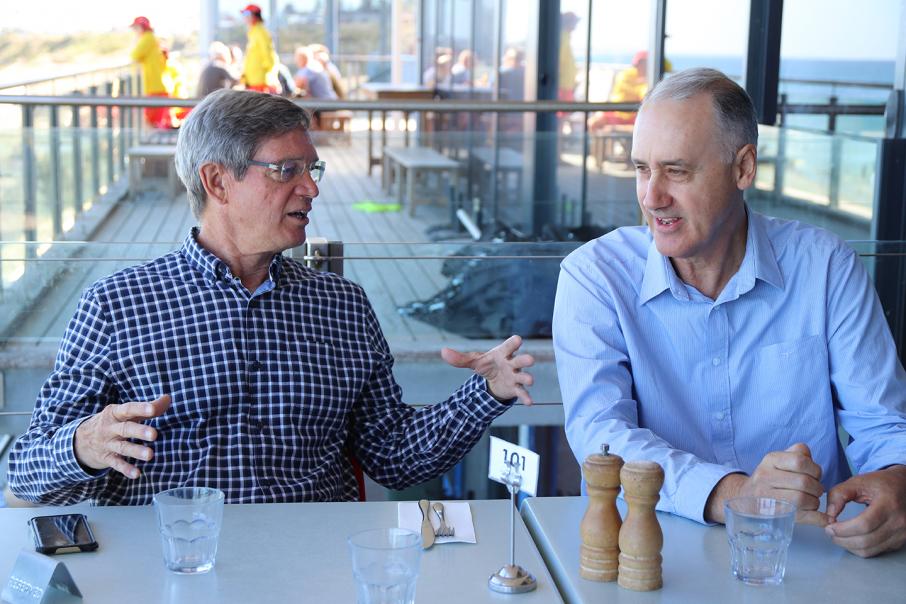 Former Liberal Party WA president David Honey’s convincing by-election victory in the blue ribbon seat of Cottesloe was no accident; the strong Liberal showing was more than a year in the planning.

The Liberals were odds-on to retain the seat following former premier Colin Barnett’s decision to quit after 27 years as the local MP. But there’s a history of things going dreadfully wrong in such contests unless the party comes up with the right candidate.

Liberal supporters with long memories remember only too well the by-election battle for another plum seat, Floreat, following the resignation of long-term Liberal minister Andrew Mensaros in 1991.

Elizabeth Constable, who had been a party divisional president, initially sought the endorsement but withdrew when it became apparent that then party heavyweight Noel Crichton-Browne was throwing his group’s considerable support behind another contender, Michael Huston.

Mr Huston duly got the nod but Dr Constable contested, and won, the by-election as an independent. And she remained an independent until her retirement in 2013, including serving as education minister in the first term of the Barnett government.

History almost repeated itself following the resignation of former Liberal premier Richard Court in 2001 in Nedlands – a seat he and his father, Sir Charles, another ex-premier, had held continuously since 1953.

After a messy endorsement fight, lawyer Sue Walker emerged as the Liberal candidate with muted local backing. In an eight-way by-election contest, Ms Walker scored 53.4 per cent, ahead of 46.6 per cent for the Greens lawyer candidate Steve Walker.

Ms Walker had a stormy period in the parliament, eventually quitting the Liberal Party and being beaten in Nedlands as an independent by future Liberal minister Bill Marmion, in 2008.

It was an unfortunate experience for the party in a seat that should, at the very least, always produce a senior minister. Local branch members did not want a repetition in Cottesloe in 2018.

The groundwork started in late 2016 when three leading professionals took control of the Peppermint Grove branch. They wanted the successor to Mr Barnett to be a truly local contender, and certainly not beholden to party power brokers.

Given that the party has only 13 MPs, including two women, in the 59-seat Legislative Assembly after last year’s election rout, a fresh injection of talent was a priority. However, well-qualified women prepared to nominate were scarce.

So when BHP lawyer Emma Roberts showed interest, she appeared the ideal candidate. Ms Roberts (aged 40) was introduced to senior Liberals, including Mr Barnett and power broker Peter Collier, as part of the initiation process.

When Dr Honey threw his hat in the ring it seemed that the president of the Kwinana Industries Council and Alcoa executive, aged 59, had left his run for politics a bit late. That wasn’t the view of the local branches, however.

“He would bring considerable experience with him, and that’s what we need in the parliament right now,” a senior Liberal told Political Perspective.

“And don’t forget he was party president when we decided to expel Noel Crichton-Browne. That wasn’t easy.”

Mr Crichton-Browne had been the party’s state president (1975-79) before becoming a senator in 1981. He was expelled in 1995 for what was described as ‘inappropriate language and behaviour’ towards a female journalist.

It was claimed that Dr Honey performed impressively on the night of the Liberal pre-selection for Cottesloe, beating Ms Roberts and four other contenders comfortably. Being a long-term local resident and active in the Cottesloe area was a bonus.

After the Labor Party decided not to contest the seat, Dr Honey won a strong 70.2 per cent of the two-party preferred vote, compared with 63.3 per cent for Mr Barnett in last year’s poll.

The new member will certainly be expected to play a prominent parliamentary role following a brief settling-in period. Is he a future leadership contender? Probably.

That will cause much suspicion within Liberal ranks, including not only for current leader Mike Nahan but also his deputy Liza Harvey and aspirants Dean Nalder and Sean L’Estrange. But a certain amount of creative tension is said to bring out the best in any team.

And Liberals are hoping Ms Roberts will nominate for future endorsement as well.