The state Liberals’ new leader is an unknown quantity to many voters, but he has youth on his side. 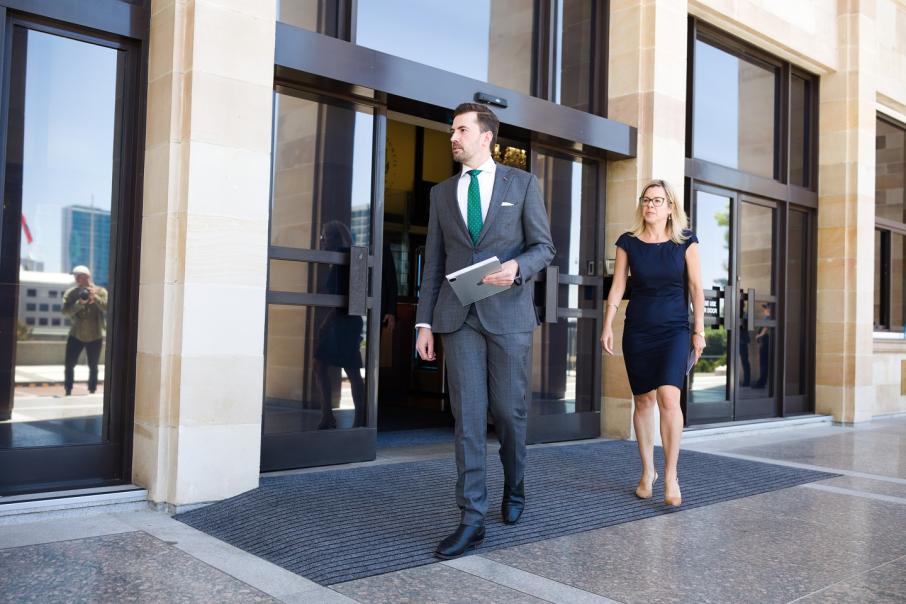 The Liberal Party WA has thrown caution to the wind with its new-look leadership team; in reality, the party had no alternative.

All the signs were there that the Liberals were heading for a calamitous defeat at the March 2021 state election. It was initially thought impossible that any result could be worse than the 2017 wipe-out, but the polls – and anecdotal evidence – indicated it was probable.

The party had to chance its arm merely to return to 2017 levels of support, when the Labor Party won 42.2 per cent of the primary vote and the Liberals just 31.2 per cent. And that is what it has done.

Timing is everything in politics and, in a pre-election year during which the Liberals had hoped to make up ground on the Labor government, the fallout from COVID-19 has made it extremely difficult for the opposition to get its message across.

Liza Harvey never looked comfortable as leader. She would have been an ideal deputy to a leader such as former state MPs Christian Porter or Troy Buswell, but their departure from local politics left the Liberals bereft of leadership talent.

Failure to have attracted ready-made replacements as a fallback position (there have been four leadership changes in four years) reflects poorly on Liberal strategists.

Hence the party’s decision to skip a generation of MPs and go for the youngest, least experienced leadership team in its history.

The one thing you can be certain of is that Zak Kirkup (aged 33) as leader, and Libby Mettam (43) as his deputy, will bring a big dose of enthusiasm and vigour to the task of projecting Liberal policies and challenging Mark McGowan’s government, as their post-leadership meeting news conference showed.

Both have CVs that are strong on politics and light on wider industry experience. That was one area where the other leadership aspirant, Dean Nalder (54), had superior qualifications. Mr Nalder previously held senior posts in the business world and was a key minister in the last Barnett government, although that was not a happy experience because of inter-office rivalry. But he saw the writing on the wall this time and pulled out.

For the first time since Sir David Brand represented the seat of Greenough, which included the Dongara region, the Liberals are going into an election without a city-based leader.

Mr Kirkup represents Dawesville, south of Mandurah, and that presents its own challenge. After the latest redistribution of electorate boundaries, he has a margin of just 0.8 per cent; enough to give many MPs sleepless nights.

Don’t be surprised as the election gets closer if Mr McGowan and some of his senior ministers find time to campaign in Dawesville and even make announcements for initiatives within the seat: upgrading the schools, perhaps, improved facilities on the shores of the estuary, or footpath improvements.

In addition to improving amenities to win votes, the strategy would be to destabilise Mr Kirkup, who will be required to campaign throughout the state in support of his party’s candidates.

Ms Mettam won the safe seat of Vasse in a by-election following Mr Buswell’s sudden resignation in 2014. She, too, has been an active MP and has been the shadow transport minister, after previously being responsible for tourism and small business. Her new role will also require her to campaign widely, though she will not have the same anxiety about retaining her seat as Mr Kirkup.

The challenge now will be to identify the issues that will appeal to voters, who have experienced a tough year but have got off lightly compared with other Australians. Mr Kirkup has sought to remove COVID-19 measures as an issue, saying he will accept the advice of the chief medical officer. And the Liberals in government would make that advice public.

Still in his first term and with no ministerial record, Mr Kirkup will be the youngest leader to take a major party into an election since Labor’s Brian Burke in 1983. Mr Burke, then aged 35, had been an MP for 10 years, and scored a convincing win.

There’s an old saying that there’s no substitute for experience in politics. The new leader has just more than 100 days to prove that wrong.