A poor election result last time out and an untested new leader make the looming state poll a big test for the Liberals. 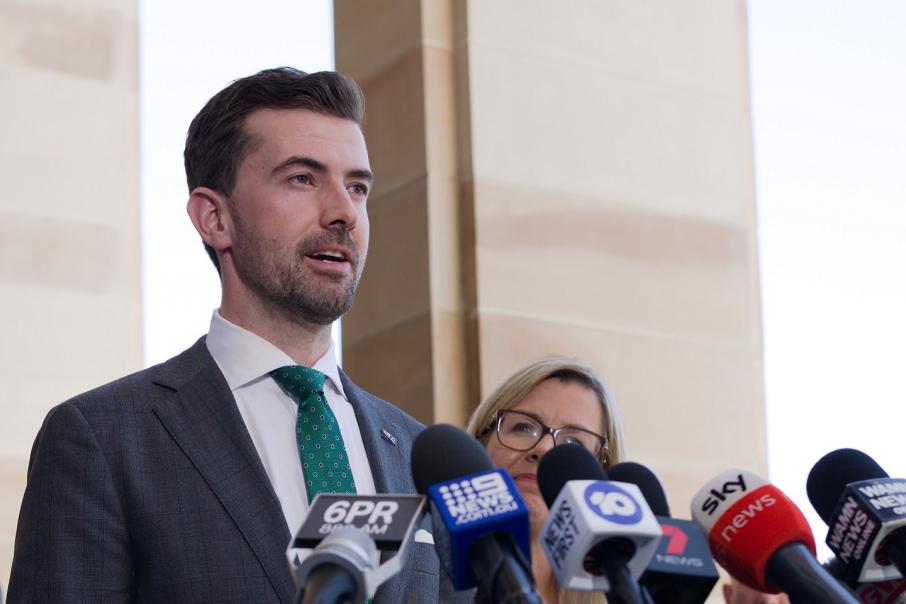 The Liberal Party WA is staring at a historic watershed state election on March 13. In the current climate, just retaining its paltry 13 seats in the 59-seat Legislative Assembly would be a fair result.

And while increasing its representation would be a shot in the arm, losing seats would send alarm bells ringing at Parliament Place head office in Perth and Prime Minister Scott Morrison’s office in Canberra.

The loss of seats, hardly contemplated 12 months ago when all expectations had the party clawing back some of Labor’s historic majority, is a real possibility given the wide approval of Premier Mark McGowan’s leadership during the COVID-19 crisis.

His hard borders approach has been designed to keep Western Australians safe. But it has annoyed some other state premiers and commentators, as well as Mr Morrison. However, the louder they complain the more Mr McGowan’s popularity grows in the west, where it counts.

The Liberals elected political tyro Zak Kirkup as leader late last year to cut through and capture the imagination of voters. That is a work in progress.

Mr Kirkup has raised a few eyebrows among traditional Liberals. The first occasion was when he was captured on television wrapping his arms around a protestor at the homeless camp at Fremantle. No votes there, especially as the camp quickly attracted the support of professional agitators. After a couple of days toing and froing, Mr McGowan moved decisively and closed it down.

Another occasion involved the controversy over the Australia Day award for tennis champion Margaret Court, whose conservative views on same-sex marriage and related issues are well known. Mr Kirkup was quoted in The West Australian as saying: “I don’t support the views that have been expressed by Margaret at all.” Refreshingly honest in one sense, but a comment that might not go down well in some quarters – the wider Court family has kept its silence – when every vote will count. Choice of words is important, as the vastly more experienced Mr Morrison demonstrated.

And some Liberals are less than happy with Mr Kirkup’s appointment of Nathan Hondros, a journalist and former Labor ministerial staffer, as his chief-of-staff, which they see as traditionally a trusted party insider’s role.

Mutterings over candidate selection have also surfaced, amid claims that acknowledged party powerbrokers – retired senator Mathias Cormann, and state upper house members Nick Goiran and Peter Collier – have far too much influence, and that potentially good candidates are discouraged if they don’t toe their line.

And all is not well in the blue-ribbon Liberal seat of South Perth, where veteran MP and former journalist John McGrath is retiring.

The Kensington branch recently hosted a well-attended farewell function for Mr McGrath. Speakers included a former editor in chief of The West Australian, Bob Cronin, and former Liberal leader and state treasurer Troy Buswell. The endorsed Liberal for South Perth, law firm partner Ryan Chorley – who is not a member of the Kensington branch – was not invited.

And if the Liberals thought former Cormann staffer Anthony Spagnolo was a shoo-in to replace the retiring one-time leader Mike Nahan in Riverton, they need to think again. Labor is confident its candidate, Jagadish Krishnan, is heading for victory.

If the Liberal vote goes backwards at the election, it should be the signal for a major review of how the party has sunk to its lowest ebb since being formed in 1945. And Mr Morrison would be rightly concerned about the prospects of his 11 federal MPs from WA, and the impact of any losses on his chances at the next federal poll.

But the state’s federal MPs must first await the result in August of a redistribution of electoral boundaries, due to the abolition of one of WA’s 16 federal seats following slow population growth.

There has been speculation Mr Morrison is not keen to head west to campaign alongside Mr Kirkup, given polling trends. Mr McGowan might prefer struggling federal Labor leader Anthony Albanese to remain in Sydney too, but for health reasons of course.