The Liberal Party has announced plans to allocate $316 million towards community mental health over the next four years, if it forms government. 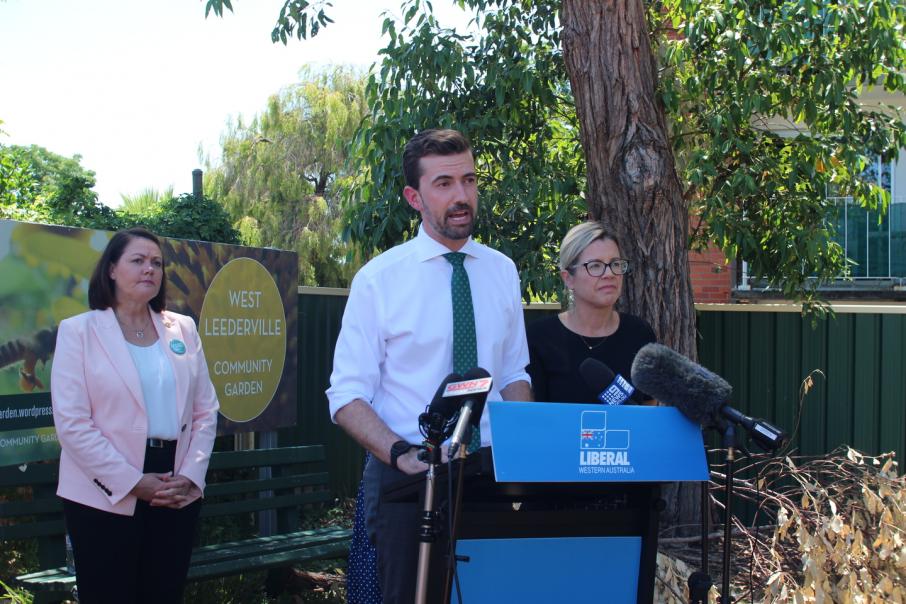 Zak Kirkup says it is vital the state provides early intervention and support for those suffering before they reach crisis point. Image: Jesinta Burton.

The Liberal Party has announced plans to allocate $316 million towards community mental health over the next four years, if it forms government.

The state’s youth would be the major beneficiary, with more than one-third of the total funding being allocated to boosting psychology services at schools and the development of a Young People Priorities for Action plan.

With as many as one in five Western Australians experiencing a mental health disorder, opposition leader Zak Kirkup said it was vital the state provided early intervention and support for those suffering before they reached crisis point.

“Everyone we speak to tells us there just isn’t enough help between the front door and the emergency department,” he said.

“We want to make sure that we have the best possible plan in place to respond and save lives here in WA.”

The Liberals' mental health spokesperson, Liza Harvey, said the state government had not fulfilled its promise to grow prevention and community support programs, with the funding percentage instead decreasing.

“We know that as many as four in five young people are experiencing mental health issues, but very few seek treatment,” she said.

“The earlier we get intervention to our young people, the better equipped they’re going to be to be contributing human beings and successful adults.

“It’s worth noting that the Better Choices, Better Lives strategy for mental health that this state government has adopted has gone backwards.

“Initially, the intention was to grow prevention and community support programs to around 11 per cent of the mental health budget, but it’s actually shrunk back to six per cent.

“We are going backwards in this space and the Liberals’ plan intends to address that and put the funding where the community mental health sector says it needs to go.”

The state’s peak mental health association welcomed the announcement, but confirmed there was still substantial work to be done.