The GST is a potential sleeper issue as WA heads to three by-elections. 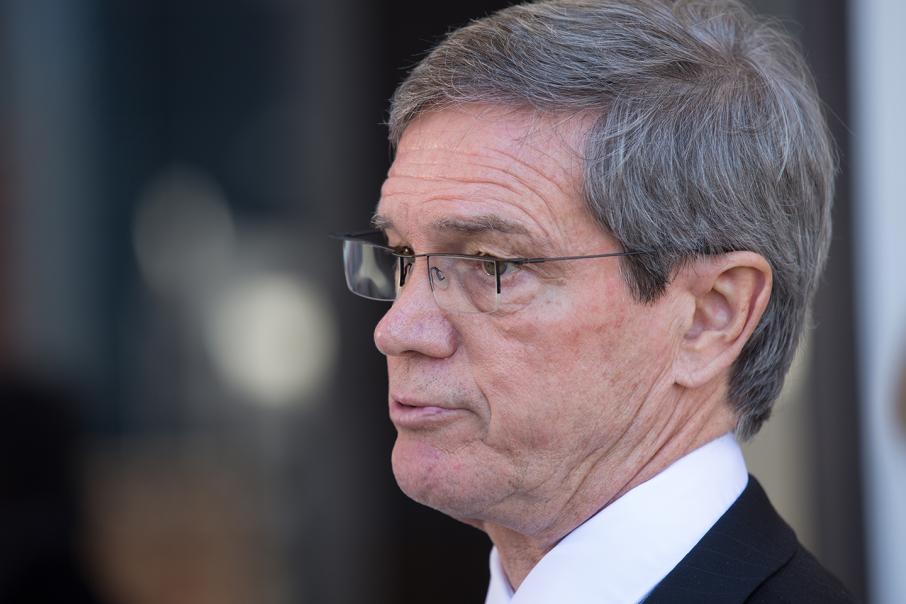 Mike Nahan hasn’t had much to cheer about lately, but a by-election win in Darling Range would be welcome news. Photo: Attila Csaszar

The howls of protest following the Liberal Party of WA’s decision to dodge the by-elections for the Labor-held federal seats of Perth and Fremantle are understandable; the move smacks of a defeatist attitude.

And that’s how it has been interpreted by some of its closest supporters.

Former federal MP Wilson Tuckey, who has never been known to hold back when it comes to expressing an opinion, labelled the move a disgrace. It has also been described as the decision of ‘a party in decline’.

The official line is that the contests would be difficult to win, which is true, and, with the party financially stretched, it would be more cost effective to conserve funds for the main dance – the federal election next year.

There is also the looming by-election for the state seat of Darling Range, vacated in extraordinary circumstances by Barry Urban, who won it last year for Labor and then quit the party in disgrace over the lies contained in his list of so-called qualifications and military service.

Darling Range is a seat that will certainly get considerable attention from the Liberals, and is one they would expect to win.

Such a result would give state leader Mike Nahan’s stocks a considerable shot in the arm and could mark the first step in the long haul back after the mauling at last year’s state poll.

But the decisions relating to Fremantle and Perth have attracted most attention.

The Liberals’ decision to bypass Fremantle, which has been declared vacant because the Labor incumbent, Josh Wilson, was deemed to have dual British nationality, has some justification.

The contest will be a shootout between Labor and the Greens.

Last time around, Labor frontbencher Tim Hammond, who quit for family reasons, had a margin of just 3.3 per cent over his Liberal opponent, Jeremy Quinn. Sure, the Liberals have not held the seat since Ross McLean (1975-83) was the member, but the demographics are continually changing.

For example, the state seats of Perth and Mt Lawley (within federal Perth boundaries) were both held by Liberal MPs before changing hands at the last poll.

And with a state Labor government dispensing some tough medicine on household charges and fees, there’s always scope for a protest vote, boosting the Liberals’ chances.

However, the potential sleeper in the by-elections is the GST issue, which won’t go away.

Western Australia’s Liberals are keen to ensure the issue retains a prominent place on the political agenda.

Sure, WA is due to get a return of 47 per cent of its population share for every GST dollar from July 1 – up from 34 per cent – and this is expected to edge up to 64.9 per cent by 2021-22, but the stark facts were spelled out in the recent budget by the WA Treasury.

“No other state has ever received less than 83.4 per cent of its population share of the GST,” the budget said.

With the state Liberal Party planning to hold their major federal counterparts to account on the issue, it would have become embarrassing for Prime Minister Malcolm Turnbull, and opposition leader Bill Shorten, as they chased votes.

Now Mr Turnbull will be able to avoid WA (and evade the issue) but not so Mr Shorten.

If Liberal and Labor went head to head in both seats, the respective merits of their tax plans would also get close scrutiny – the Liberals providing for modest income tax cuts as well as lower company tax, with Labor putting all its eggs in more generous income tax concessions.

That now won’t happen, locally, although the issue will be tested in the by-election contests for Mayo (South Australia), Longman (Queensland) and Braddon (Tasmania).

It’s true that by-elections tend to go against government of the day.

But if the Liberals really believe they have the better budget package, why not put it to the test in WA? It might just produce the glory the battling party needs right now.