Long-serving Liberal member of federal parliament Don Randall has passed away from what was believed to be a heart attack while on an electorate visit, aged 62. 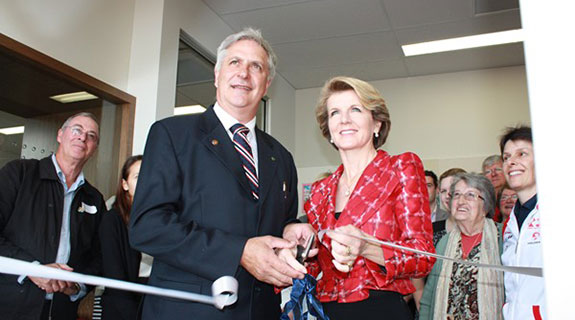 Long-serving Liberal member of federal parliament Don Randall has passed away from what was believed to be a heart attack while on an electorate visit, aged 62.

He was re-elected in that role four times, including heading off a strong challenge from former state Labor minister Alannah MacTiernan in 2010, eventually making Canning a safe Liberal seat in the 2013 election on a 9.6 per cent swing.

During his time in parliament, he chaired the joint standing committee on migration under John Howard for five years and held a series of shadow parliamentary secretary roles while in opposition.

That included a role assisting the leader of the opposition under Brendan Nelson.

Mr Randall had been a teacher for almost 20 years before entering parliament, in both special needs and mainstream schools.

He had also served as a councillor on Belmont City Council.

Known for his bold style, Mr Randall co-signed the motion to spill the federal Liberal leadership earlier this year.

Prime Minister Tony Abbott said he was shocked by the news.

"Don was an outstanding local member," he said.

"He was a passionate and persuasive advocate in Canberra and a hardworking community leader in Western Australia.

"He was a mentor to many and integral to the success of (the Liberal Party) in the state of Western Australia.

"He served the party for many years prior to his election to parliament including on the state executive.

"It’s hard to credit that this strong voice for Western Australia and servant of our party has left us so soon."

Mr Randall was survived by his wife Julie and two children.