There’s a lot that can be learned from other people’s mistakes, or in the case of electricity and transport systems, from the mistakes made in another state. 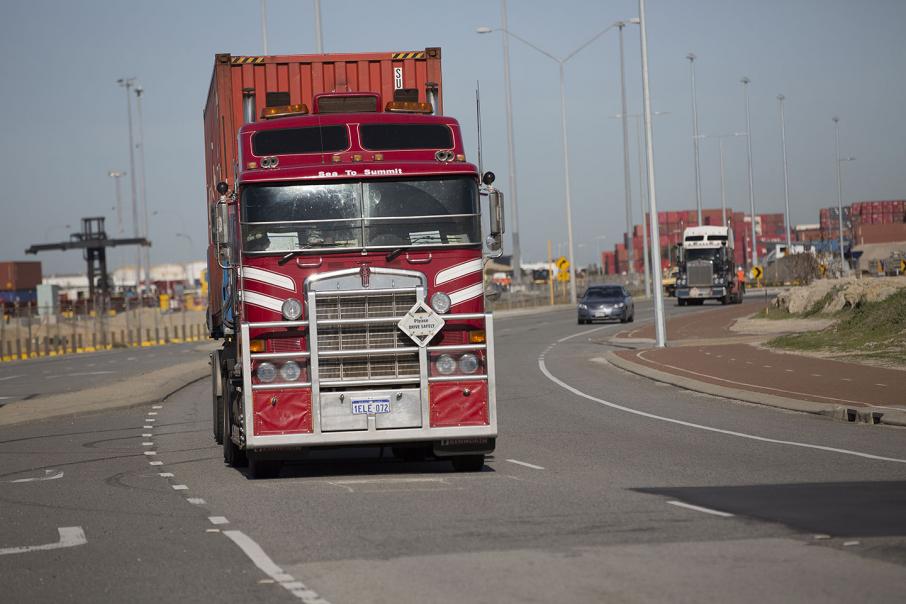 Heavy traffic will be directed to the Kwinana Freeway if Roe 8 goes ahead.

There’s a lot that can be learned from other people’s mistakes, or in the case of electricity and transport systems, from the mistakes made in another state.

South Australia’s big blackout, coming after earlier warnings about sky-high power prices that were driving industry out of Adelaide, has now been joined by the problem of clogged roads, which are becoming another investment disincentive.

Western Australia appears to be learning from the power crisis, but it might also be wise to take a look at what’s happening on SA’s roads, especially as Perth’s Roe Highway extension project (Roe 8) becomes more of a political hot potato in the lead up to next year’s state election.

The objective of Roe 8 is to divert heavy traffic from existing road networks to the Kwinana Freeway, providing a link in the bigger urban transport corridor project being designed to connect inland industrial centres with Welshpool and Fremantle.

Some local groups affected by the road works do not like it, and neither do environmentalists who want to protect the Beeliar Wetlands. Others see merit in Roe 8 because it promises to ease traffic congestion on local roads, and believe the wetlands will be shielded.

Separate to the arguments for and against Roe 8 is the bigger question of managing the growth of Perth, and the provision of essential services such as roads and power.

The electricity crisis was partly the fault of excessive reliance on the intermittent nature of power from wind turbines, and a lack of conventional back-up power to plug the hole when storms knocked wind turbines out of action.

Some environmentalists will never accept that over-reliance on renewable sources of power played a role in SA’s crisis despite the early findings of the Australian Energy Market Operator, which runs the National Electricity Market.

From a business investment perspective, however, apportioning blame is not the key consideration. Of far greater importance is the problem of power supplies becoming unreliable and expensive, which is the kiss of death for any big investment plans.

Road services are also becoming a problem for business in SA, with a recently completed survey by the State Transport Department finding that travel time on major roads has increased by an average of 13 per cent during the past 16 years.

Multiple factors have slowed Adelaide’s traffic, including an increase in the number of cars, road closures and unsynchronised traffic lights – a list of issues that boil down to growing-pains-meets-poor-planning.

Perth roads have similar growth problems, and it’s a certainty they will get worse without careful planning for the future, which is where Roe 8 becomes important from a traffic management and political perspective.

By pushing ahead with the awarding of contracts for construction work to start on Roe 8 the WA government has challenged the wetland devastation claims of the environmentalists and the objections of the Labor opposition, which is yet to decide whether it will try to rescind the contracts if it wins next year’s election.

Abandoning contracts six months after they’re signed and after a contractor has mobilised equipment and workers can be a very expensive exercise, as Victoria discovered when the Andrews government was forced to pay hundreds of millions of dollars in compensation for cancelling the East West Link.

The high cost of reneging on deals already signed is one reason why the opposition will probably drop its objections to Roe 8 before or after the election.

Another reason is that the lessons of SA will become clearer as economic conditions in that state worsen under the weight of unsustainably high electricity costs from an unreliable power system combined with an outdated traffic management system.

WA’s economy is hardly in sparkling form thanks to the downturn in commodity prices, but that problem is starting to fix itself as prices for minerals and energy exports improve.

SA cannot look forward to a commodity price recovery because of earlier government decisions that discouraged or slowed investment in its resources sector, to which have been added the debilitating effects of poor government planning decisions in its electricity and road transport systems.

As an example of ‘how not to … ’, SA has it all, and others can learn from its mistakes.