Builders and land developers are increasing the roll out of ready-built homes to boost affordability and reduce the time between the purchase of a house and land package and the build’s readiness for occupation. 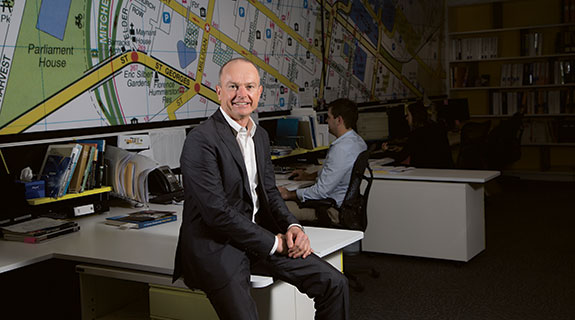 Builders and land developers are increasing the roll out of ready-built homes to boost affordability and reduce the time between the purchase of a house and land package and the build’s readiness for occupation.

While Perth’s median house price has been largely flat for the past 12 months, a report released last week by the Real Estate Institute of Australia found the proportion of income required to meet home loan repayments increased in the December quarter, to 26.1 per cent, indicating affordability remains an issue for potential buyers.

In recent years, the lag time between signing up for a house and land packages has extended in some cases up to 18 months, with long delays associated with titled land being produced, and then constructing the house, adding an extra rental or interest cost burden onto the home buyer.

ABN Group has partnered with national developer Stockland to offer a new product for the Perth market, which the companies call AllReady Homes, designed to remove the extra costs

AllReady Homes differs from traditional turnkey housing products in that the transaction works like the purchase of an established home – once the deal is settled, a buyer can move in to a complete home immediately.

With a turnkey home, a buyer will generally still have to wait for the house to be constructed, while making loan repayments, under the proviso that all finishes and fittings are in place when the keys are handed over.

BGC Residential subsidiary Now Living has gone a step further in its turnkey offering, recently launching a no-repayments offer to smooth the transition from the rental market to a new home.

The offer comprises a $1,000 deposit, with nothing to pay until the house, including all interior fittings, is completed.

Other builders that offer turnkey housing solutions include Freestyle Living, a subsidiary of Ventura Homes Group, Blueprint Homes and Dreamstart Homes, among others.

However, ABN Group and Stockland’s initiative involves the builder and developer taking on the capital cost of acquiring the block and constructing the home, selling it only once it has reached practical completion.

The first tranche of 20 AllReady homes was rolled out in October, in the north-eastern growth corridor suburb of Vale.

Between six and 10 homes will be released to the market each month across Stockland’s growth corridor estates.

ABN Group managing director Dale Alcock said the homes were targeted specifically at buyers who were not in a position to build, not only being first-time purchasers but those with an aversion to the construction process, or downsizers looking to move immediately.

“It’s definitely an attractive option for those who have to sell their home before they can move in, as it minimises the cost of interest and potential rental costs,” Mr Alcock told Business News.

“Although it’s an extremely tailored product – appealing mostly to those who aren’t in the position to build, yet want a brand new home, we’ve seen a huge appetite.

“This says to us that this product is a unique solution for those who haven’t been able to find a property because of their particular circumstance.”

Stockland WA residential general manager Col Dutton said Perth had the best opportunity for ready-made homes when compared with other capital cities, because of the strength of Western Australia-based builders and the high quality of the homes being produced.