A crackdown on lending by Australian banking regulators has placed further pressure on Western Australian homebuilders, with a decline in housing finance in the state extending to a sixth consecutive year. 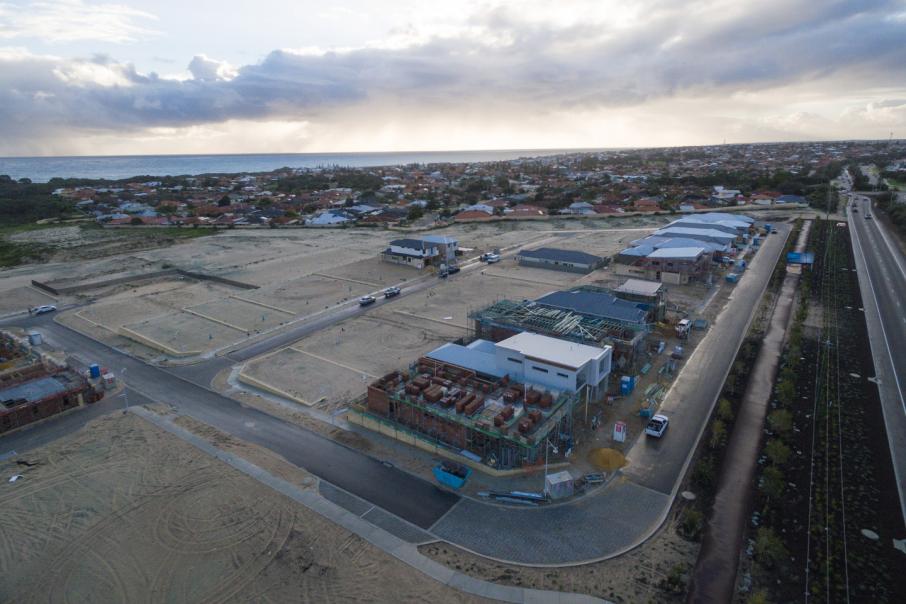 Homebuilders in WA are continuing to experience challenges as the sector declines from historical peaks. Photo: Gabriel Oliveira

A crackdown on credit by Australian banking regulators has placed further pressure on Western Australian homebuilders, with a decline in housing finance in the state extending to a sixth consecutive year.

Updated forecasts released today by the Housing Industry Association showed the Australian Prudential Regulatory Authority’s interventions in the residential mortgage market had resulted in a gloomy outlook for homebuilders in WA, with no growth forecast in the number of new homes started in 2018-19.

The HIA said it expected the total value of new housing construction in WA to fall by 10 per cent in 2018-19, as the market continued to struggle after the end of the mining construction boom.

Lending for new homes in WA has also resumed a downward trend after initial signs of recovery emerged midway through last year, the HIA said.

HIA’s analysis showed the number of loans for new homes in the September quarter was down 23.5 per cent from the same time last year, and 50.4 per cent lower than the June 2014 peak.

First homebuyer lending in the September quarter was down 20.1 per cent, down 36.1 per cent from the peak in the June quarter 2014.

Lending for established homes in WA has also declined significantly, with a 14.8 per cent fall in the September quarter 2018, as compared with the same time last year, resulting in a 36.6 per cent reduction from the peak of the market in the June quarter, 2013.

“This is a very significant and prolonged downturn in WA and is occurring independent of the eastern states’ downturn,” HIA senior economist Geordan Murray said.

“Given its relatively small size, it is relatively unlikely to significantly contribute to the decline in lending activity occurring nationally.

“Housing finance will be one of the early signs from that a broader recovery from the current malaise in the state’s housing sector and wider economy will materialise.

“As yet there are no such signs.”

Nationally, the HIA’s research painted a similarly bleak picture for housing markets in all Australian states, across new homes, established homes and most buyer segments.

Lending for new homes was down 16.5 per cent in 2018 for owner occupiers, following a 3.6 per cent fall in September, the HIA said.

“This disruption in the lending environment is impacting on the amount of residential building work entering the pipeline.

“The effect on actual building activity will become more evident in the first half of 2019.”

“With the prospect for the release of the Hayne Royal Commission’s findings to trigger further upheaval in the banking system, we need the banks to maintain stable lending practices for fear of a destabilising influence on the housing market,” he said.

Head of research at real estate research house Propertyology, Simon Pressley, raised concerns that the tighter credit conditions instituted by APRA had resulted in negative impacts in markets outside of the markets in which the new rules were targeted – Sydney and Melbourne.

Mr Pressley said APRA’s regulatory changes, instituted in 2015, had resulted in significant declines in both Sydney’s and Melbourne’s median prices in the last 12 months after years of overheated property markets, unintended consequences were occurring in other states.

“The property boom barely got outside of Sydney and Melbourne, yet the entire nation was subjected to the changes,” Mr Pressley said.

“Other states would actually benefit from stimulus, not tightening.”

Mr Pressley said he believed APRA’s changes had driven a 5 per cent to 7 per cent decline on property prices nationally.

“If the federal government doesn’t intervene very soon there will be a big knock-on effect to the economy,” he said.

“This will soon become a drag on retail spending and job creation and it will stymie any chances of the wages growth that everyone has been patiently waiting for.

“And it will create a big red hole in state government finances due to the significant reduction in property taxes and GST receipts.”