The lack of competition for small business lending needs to come under scrutiny at the federal government’s financial system inquiry. 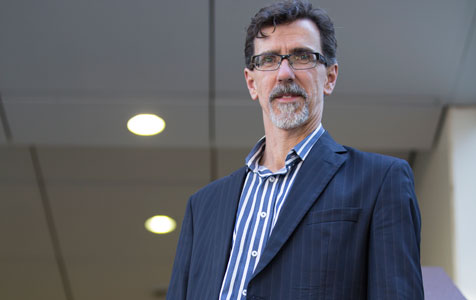 The housing loans market is an area that is constantly under close scrutiny.

Any attempts by the big banks to lift margins on housing loans are immediately met with community and political pressure, not to mention swift responses from credit unions, mortgage originators and other competitors.

The same cannot be said of the small business market, which is dominated to an even greater extent by the ‘big four’.

The four major banks account for about 85 per cent of business loans smaller than $2 million, according to data in the Reserve Bank of Australia’s submission to the financial system inquiry.

Smaller Australian banks account for most of the balance.

The RBA says the major banks’ share of lending rose after the GFC as they continued to lend while other financial institutions scaled back.

Commonwealth Bank’s acquisition of Perth-based Bankwest also contributed to the rise in concentration.

By comparison, the big banks account for about 70 per cent of larger loans ($2 million and above), with foreign banks also being players in this market.

And while there are alternatives for small businesses, in many cases they aren’t attractive.

A CPA Australia survey of 500 small businesses, held in 2012, found that 73 per cent used their credit card to help fund the business.

It would be interesting to know how many managed to clear their credit card debt each month in order to avoid high interest payments.

Nearly a quarter of small business operators borrowed from family or friends – a handy option when business is good, but a source of tension when trading gets tough.

Vendor financing (8 per cent) and debtor finance (3 per cent) were used to a much lesser degree.

Against this backdrop, it’s fair to acknowledge there isn’t a crisis in small business finance.

After studying available data and liaising through its Small Business Panel, the RBA has concluded that most industries have had “tighter but still reasonable” access to funds since the GFC, albeit at higher cost during the crisis.

The average spread on small business loans narrowed markedly in the decade leading up to the GFC, and price dispersion declined; in other words, most businesses paid about the same rate.

These trends were reversed following the onset of the GFC, with the average spread to the cash rate widening as banks’ funding costs rose and price dispersion increasing as loan pricing became more sensitive to the perceived risks of individual borrowers.

There may not be a crisis, but there is an entrenched lack of competitive pressure.

One of the inherent challenges for banks in the small business market is getting access to reliable information.

Or as the boffins in the RBA put it, “the market for small business loans has more structural impediments to competition than most other lending markets, because the information asymmetries tend to be more significant”.

The RBA considers that this market should be the focus of inquiries regarding competition in lending, rather than the mortgage market.