Lendi signs on as Eagles sponsor 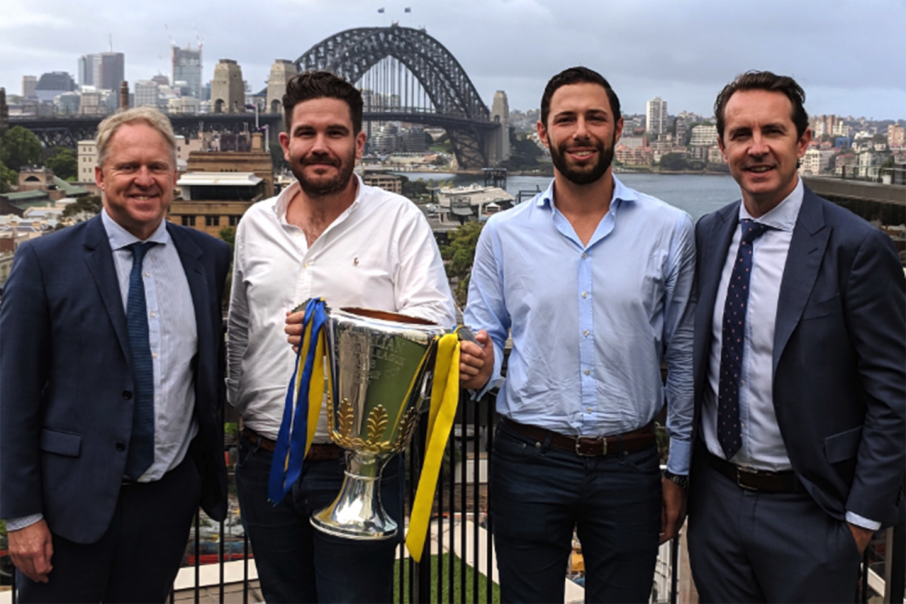 Lendi, which is backed by Macquarie Group, will join Hungry Jacks as co-major sponsor and will feature on the club’s playing guernsey next year.

The company operates a platform to search loan products from more than 35 lenders and provide a shortlist of options suited to the individual’s circumstances.

Lendi was founded in 2013 and has accrued home settlements of over $6 billion.

The company is 40 per cent owned by founders and employees, while minority shareholders include technology investment company Bailador and Macquarie.

Lendi co-founder and managing director David Hyman said the sponsorship was a major milestone for the company.

“As one of the most renowned AFL teams, this sponsorship provides a springboard for us to engage with the Eagles’ 80,000 plus members around the country,” he said

“We believe this will help Lendi become a household name as well as demonstrate our continued focus on customer engagement and growth.”

The tech company said the partnership also signals a commitment to the WA property market, which it believes has strong growth opportunities.

The support of corporate partners like Lendi ensures our club’s future,” he said.

“Building on the momentum from 2018, we look forward to another promising year ahead for the West Coast Eagles, with Lendi by our side.”

The news comes after SGIO announced in July that it would not continue as a major sponsor, ending a 31-year partnership.