Four years on from the collapse of Lehman Bros, it is disturbing to realise the finance sector has reverted to tight credit conditions akin to the GFC. 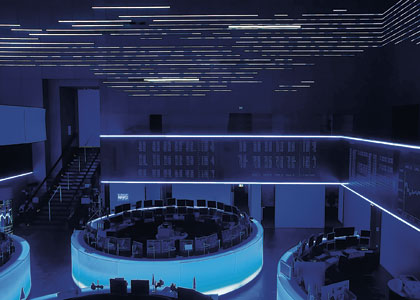 STILL THERE: The financial and banking crisis in Europe has not gone away and still casts a pall over the world’s economic system. Photo: iStockphoto

Four years on from the collapse of Lehman Bros, it is disturbing to realise the finance sector has reverted to tight credit conditions akin to the GFC.

His latest missive, issued last Sunday, talked about the shock-waves from the collapse of Wall Street investment bank Lehman Brothers.

“Trust in the global financial system was evaporating,” the treasurer’s note said.

“Credit markets were seizing up,” he added.

Mr Swan was talking about the situation four years ago, when Lehman’s collapse triggered the sudden descent into the GFC.

However, some may find a ring of contemporary familiarity to his comments.

Trust in the global financial system is once again questionable. The European financial crisis may not attract the screaming headlines, but the issue has not gone away.

Countries such as Spain and Greece remain in a precarious position, and doubts about the European banking and financial system continue to cast a very dark cloud.

For many businesses, credit markets are close to seizing up. Not to mention equity markets - our cover feature this week details the tough conditions facing Western Australian businesses looking to raise capital.

To be clear, the situation is not as dire as it was in the depths of the GFC.

And as Mr Swan pointed out in his economic note, Australia has emerged with a banking system that is in robust financial health.

“No Australian bank had to be bailed out by taxpayers,” he said.

“No Australian depositor had their savings put at risk. And no investor in a rated Australian mortgage-backed security ever lost a cent of principal.”

All true. But is it correct to say, as Mr Swan does, that “households continued to save and borrow, and businesses secured the funds they needed to survive, invest and grow”?

That’s the point where the inflated political claims depart from the reality facing most households and businesses.

Mr Swan took the political flourish a step further when he boasted about policy reforms that were helping to “turn up the heat on competition in the banking sector”.

There is a degree of competition among the big four banks and their smaller competitors, but not many of us have spotted ‘heat’ in the market.

Business credit is available, but on a very selective basis. Businesses that are financially secure, with good cash flow and assets that can be used to secure loans, will get a good hearing from the banks, though even in these cases the interest margins are steeper than a few years ago.

Occasionally, local businesses will also secure the equity funding they need in the volumes they really want.

The quarterly corporate finance survey published in this newspaper shows how rare that is, however.

There are good stories, including from companies such as Doray Minerals, which is best known for the stunning gold discovery at its Andy Well project, near Meekatharra.

It has secured $55 million in debt funding from the Commonwealth Bank, raised $30 million in fresh equity through a share placement, and is in the process of raising up to $12 million through a rights issue.

It’s a great story; but why wouldn’t banks and investors back the company? If the results of its bankable feasibility study are matched in practice, Doray’s debt will be repaid after just 14 months of gold production.

There are not many other businesses able to offer such a compelling story.

Throwing in your lot with a major strategic investor is an option for businesses struggling to win favour from the investor community at large.

Noble Mineral Resources, Focus Minerals, and Norton Goldfields are all raising big licks of money, but in the process they are delivering large shareholdings, and potentially control of their businesses, to Chinese investors.

For numerous businesses, the financial pressure has taken them to the brink.

That is most visible in the listed company sphere, where exploration programs are being wound back and capital raisings of just a few hundred thousand dollars are being pursued. Just to keep the lights on.

The directors of these businesses would not recognise the financial system talked up by Wayne Swan.