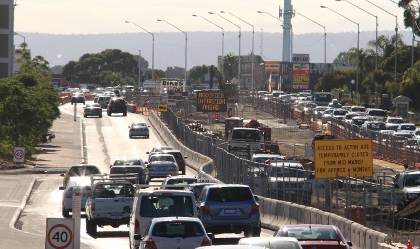 A consortium led by Leighton Contractors and Georgiou Group has been chosen by the state government to deliver its $1 billion-plus Gateway WA project.

Federal Infrastructure and Transport Minister Anthony Albanese today announced that the Gateway WA consortium, which also features GHD, AECOM and BG&E, would kick off construction work early in the new year after contracts are finalised before the end of this year.

“Assessed by Infrastructure Australia and placed on its 2010 National Priority List, this project was one of our key pledges at the last Federal election and we are determined to make it happen,” Mr Albanese said.

“It is also a great example of how we are reinvesting a proportion of the wealth created by our natural resources back into building the infrastructure the mining industry needs and regional communities rely upon.

“We want to make Western Australia an even better place in which to invest and raise a family.”

Other shortlisted consortiums were the Best for Gateway consortium, featuring John Holland, Aurecon and SKM; and the Gateway Program Alliance between Thiess, Abigroup, KBR and Ertech.

The federal government is contributing up to $686.4 million for the project, which will upgrade road links to Perth Airport as well as surrounding industrial estates in Kewdale and Forrestfield.

The package of works includes upgrades to intersections and freeway links on Tonkin and Leach highways, as well as Orrong Road and Roe Highway.

WA Transport Minister Troy Buswell said the precinct was one of the state's most important transport hubs.

“By fixing the road network around the Airport, the Gateway project will not only reduce urban congestion in Perth but also improve the efficiency and reliability of the supply chain on which regional communities depend, particularly those in the resource rich North West,” Mr Buswell said in a statement.

“In short, this project is an investment in Western Australia’s future.”