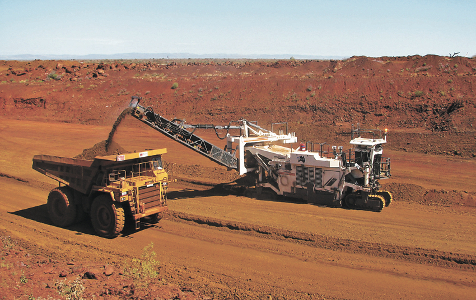 Leighton Contractors has secured a $1.3 billion deal with Fortescue Metals Group for work at the Kings iron ore deposit, adding to a $1.5 billion deal Leighton signed last year at the neighbouring Firetail deposit.

The combined deal takes the total value of work Leighton will perform under the Solomon Hub agreement to $2.8 billion, the largest single contract in its history, parent company Leighton Holdings said.

FMG's decision to award the Kings deposit activates the full scope of the contract.

The contract includes operating and maintaining the open-cut mining fleet, mine planning, ore quality control, ore processing facilities and associated infrastructure, such as the airport and village.

Leighton said FMG was providing the bulk of the capital to purchase the mining plant and equipment.

The Solomon Hub, located approximately 60km north of Tom Price, will produce 60 million tonnes of iron ore each year from the Kings and Firetail deposits, and employ more than 1,000 people.

Firetail was opened last month while Kings is due to open later this year.

FMG chief executive Nev Power said the contract award was another step in the company's expansion to a capacity of 155mtpa by the end of 2013.

"We're pleased with Leighton Contractors' performance at Firetail and we're delighted to award them the contract at Kings," he said.

Leighton plans to subcontract $100 million of work to Aboriginal businesses and to lift Aboriginal 'engagement' to 20 per cent at the project within three years.

"This contract is the result of Leighton Contractors' 30 years of experience in contract mining, mine services and mine management for our clients," the company's managing director, Craig Laslett, said.

"Over three decades we have developed the ability to safely embed efficiencies and technology that improve cost structures, as well as the flexibility to resource rapidly to increase levels of production."