Drivers will be able to turn left on red lights at 10 intersections across Perth under a trial announced by Liberal Transport Minister Bill Marmion if the party is re-elected next Saturday. 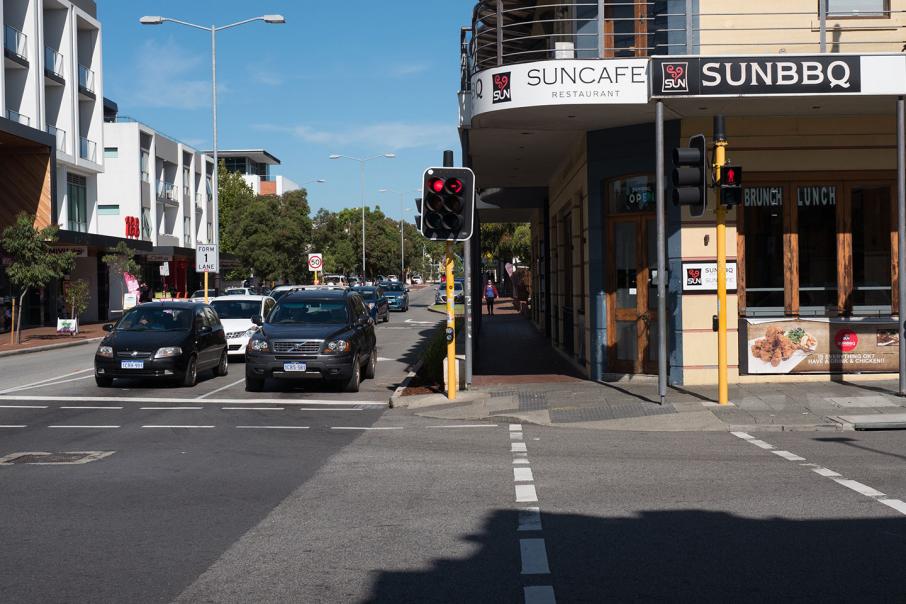 Ten intersections will be included in the trial. Photo: Attila Csaszar

Drivers will be able to turn left on red lights at 10 intersections across Perth under a trial announced by Transport Minister Bill Marmion.

The trial, which would proceed under a re-elected Liberal-National government, would cost around $400,000, Mr Marmion said, with the intention to reduce delays for turning vehicles and reduce stoppages.

Three of the trial locations would be on Hampton Road around Fremantle, at the intersections with Clontarf Road, Duoro Road and Wray Avenue.

Two are in West Perth, where Murray Street meets Outram Street and then Colin Street.

In East Perth, the intersections of Hay Street and Hale Street, and Hill Street and Goderich Street, will also be part of the program, as is the corner of Harbone Street and Salvado Road in Subiaco.

North of the CBD, Main Street will have two trial locations, at the corner with Cape Street in Tuart Hill and Amelia Street in Balcatta.

“When drivers approach the intersection, a sign will clearly indicate that a left turn is permitted – the driver can then proceed to turn left on a red signal provided it is safe to do so,” Mr Marmion said.

“This government is committed to reducing travel times and making life easier for West Australians.

“We have adopted an innovative approach with congestion-busting initiatives and smarter use of our existing infrastructure to give motorists more flexibility and reduce travel times.”

Another move was the trial of yellow box junctions, Mr Marmion said.