Peter Lee’s passion has shaped his 40-plus-year career in architecture, which has focused on growing the greater fabric of Perth. 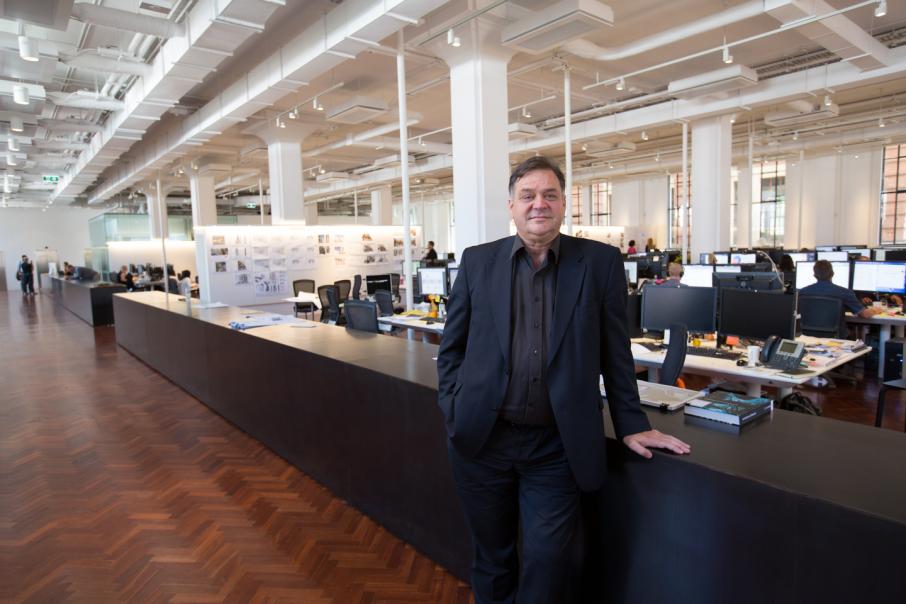 Peter Lee recently stepped down from his position on Hassell’s international board to dedicate more time to Perth clients and projects. Photo: Attila Csaszar

A childhood scolding over bare feet left Peter Lee with years of antipathy towards the Western Australian Museum.

“I remember going on a school trip to the museum, I didn’t have any shoes on ... this teacher was berating me,” Mr Lee told Business News.

“I can recall going there [subsequently] and hating it, because I had been in trouble.

“If I could remember his name [the teacher] I would like to let him know that I wear work boots and a helmet when I go to the museum now.”

The work to which Mr Lee refers is the much-heralded $428 million redevelopment of the museum, for which Hassell won the bid in 2016.

The director of Hassell’s WA office, Mr Lee recently stepped down from his role on the design firm’s international board after 16 years, but said his work was far from over, with a renewed focus on Perth projects planned.

“People retire when they don’t love what they do; I love what I do,” he said.

“Even as a kid, I was really interested in cities and thought places could be a lot better than what they were.

I don’t know where it came from, there’s no-one like that in my family.

“I actually wanted to be a town planner to design on a big scale. “But I fell in love with architecture.”

“I made a decision to never tender on fees. I’ve stuck to that,” Mr Lee said.

“It’s always been about value, quality, and doing something different to everyone else.

“That’s a move I’d certainly advise anyone in business to do.”

Mr Lee has focused on providing that point of difference from the outset, graduating from the Western Australian Institute of Technology (now Curtin University) in 1979 with the top award for design.

He became a company director at 25, growing the four-person team to about 100 during the business’s expansion across Australia, New Zealand and the US.

Mr Lee has since honed his craft with several of his own businesses, taking over Australia’s second oldest architectural firm, Spowers, in the early 1990s, before merging with Hassell in 2004, rubbing shoulders with renowned business magnates including Alan Bond, Stan Perron, as well as Tony and Adrian Fini along the way.

During his time on Hassell’s international board, Mr Lee oversaw some of the firm’s most notable projects across Asia, Europe and the US, but Optus Stadium, co-designed with Cox Architecture, remains his favourite.

“The thought about WA in the design would only come from Western Australians,” Mr Lee said.

“There’s great skill here and it’s not recognised … maybe it’s a lack of confidence in ourselves.”

He said that insecurity, which potentially stemmed from state government tenders for large projects that required partnering with international firms, was unwarranted.

Mr Lee plans to continue championing Perth with the additional spare time he hopes he’ll be afforded after leaving the board, with no requirement to travel each month.

There will be more time to focus on his board positions at Foundation Housing, FORM and the Rottnest Island Authority, as well as continuing his work on the State Design Review Panel, as an adjunct professor at Curtin University and an industry mentor.

“What I love about architecture [is] it opens your mind to creative thinking,” Mr Lee said.

“It’s really powerful, computers can’t do that. These are the things that won’t be disrupted.”

“I wake up in the morning. I go downstairs, make a cup of coffee and just look at the city,” he said.

“I really love this place.

“And I want to do things; that doesn’t necessarily mean designing things myself [but] making Perth as good a place as it can possibly be.