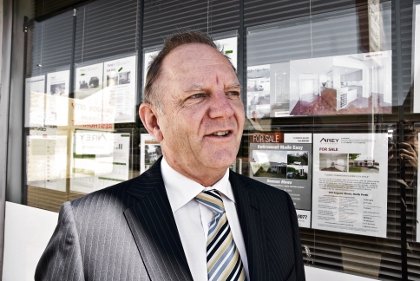 The property industry has urged the state government to not follow the lead of eastern states governments and continue offering the first home owners’ grant universally in Western Australia.

The Real Estate Institute of Western Australia today launched a campaign to try to ensure the government does not consider cutting back the $7,000 grant in its up-coming mid-year budget review.

The NSW and Queensland state governments recently scrapped the grant for home buyers not building a home or purchasing a newly built house.

REIWA president David Airey said the changes were a means to kick-start the flagging construction industry on the east coast, and that stimulus was not needed in Western Australia.

“75 per cent of first home buyers in this state purchase a second-hand home, not a new one,” Mr Airey said.

“Now is not the time to distort the healthy recovery in the WA housing market.”

“We are also starting to see a healthy recovery in new building activity, which has partly been led by first home buyers now representing 25 per cent of this new activity,” he said.

“Meddling with the application of the FHOG now would greatly distort this healthy sector of the market and disadvantage three quarters of people trying to own their first home.”