Learning to love the lessons of failure

Tech entrepreneurs must be free from the pressure to avoid failure, or else they may never take the chance in the first place. 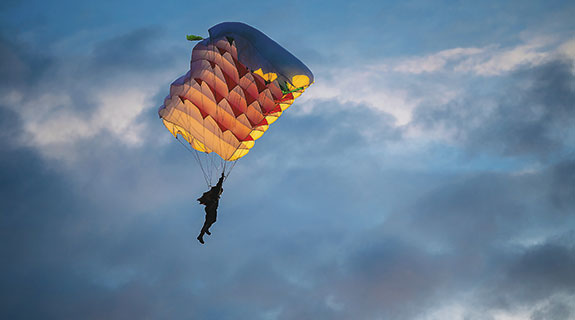 CHALLENGE: You have to be prepared to take a risk, and not fear the consequences.Photo: iStock/mikdam

Tech entrepreneurs must be free from the pressure to avoid failure, or else they may never take the chance in the first place.

There's a widespread belief in startup culture that failure is part of the process. There is a lot of meaning in this phrase, and unpacking it will involve addressing a few core elements of startup culture.

There are a lot of ‘wantrepreneurs’ out there who would like to start their own business but haven’t. There may be lots of reasons, but the usual unstated one is the fear of failure. Fear of failure is the biggest reason why people fail to do something they aspire to do. Accepting that failure is part of the process helps us cope with the fear.

Learning is the goal, failure leads to learning; having a go at something and failing at it is a great way to learn. Sometimes the only way to learn about something is to try it and see. Part of the process of learning is the failures that inform us along the way. Sydney-based startup incubator Pollenizer even came up with a word to express this – ‘flearn’.

Experiments are the only source of real truth. Failed experiments are just as valuable as successful ones; we must test the negatives as well as the positives. Trying something just to find out if it really is impossible is a good use of time and energy.

Failing means we failed at something; it doesn’t mean we’re failures. It just means that attempt didn’t succeed. We need to pick ourselves up, dust ourselves off, and try again. Failure is a step on the road to success; every single successful entrepreneur failed at least once on the way.

The usual statistics quoted are that the average founder succeeds on their fifth attempt, and the average startup has a 10 per cent chance of succeeding. So there are a lot of founders out there who gave up before they succeeded.

Many who tried and failed believe they had the best idea ever. Then something happened, or they trusted the wrong person. There was nothing they could do, and the business failed. It wasn’t their fault; it was something or someone else that caused them to fail.

It’s hard to accept failure. The natural urge is to explain it away, blame someone, blame something. But blaming something else means that we have nothing to learn. If we don’t accept our part in it then we have no reason to change.

With nothing to change we can’t improve.

Accepting our failures means we also accept that we’re human. We make mistakes. We’re not perfect. Neither is anyone else, no matter what they say. We all make mistakes and none of us is perfect.

There can be cultural problems with admitting failure. It may be necessary to gloss over some aspects to maintain face. But painting a happy picture to others is not the same as lying to ourselves. We need to accept our failures and learn from them, even if we cannot do so in public.

Failing is not permanent

Failing in public is tough on the ego. We think that other people will think we’re ‘failures’; that they won’t believe we can ever succeed. There’s this strange belief that if we failed last time we’ll fail next time too.

Experienced startup investors can be wary about investing in founders who have never failed. They tend to prefer teams who have a few failures under their belt. It means those teams have learned and that there are some mistakes they won’t be making again.