A new Western Australian company has joined the Australian film distribution sector, hoping to carve out a niche in a market dominated by Hollywood and firms based on the eastern seaboard. 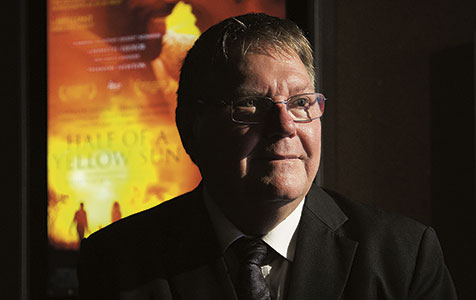 A new Western Australian company has joined the Australian film distribution sector, hoping to carve out a niche in a market dominated by Hollywood and firms based on the eastern seaboard.

Leap Frog Films and its founder, David Doepel, have secured the rights to distribute four films so far and embarked on a quest to engage audiences in new ways.

Mr Doepel started the company with his screenwriter wife, Barbara Connell, and recently took on former Roadshow Films senior sales manager Andrew Hazelton, who is based in Los Angeles.

Leap Frog Films aims to bring movies to Australia that might otherwise not find a screen, and to help fund Australian films through new investment and fundraising opportunities.

“The inspiration for the company was to originally create a new financial model for fundraising for films, Mr Doepel said.

“But very quickly the company needs to be a genuine and real distribution company distributing films. In the first stages we’ll be distributing the films that we’re buying ... and then over time we’re committed to supporting the development of Australian cinema and film.”

He said Leap Frog Films had lost one film to a larger east coast-based distributor that was able to bid higher, but generally the business wasn’t looking to directly compete.

“I believe there are audiences out there who, if they had films they resonated with, would come to the cinema more,” Mr Doepel told Business News.

“It’s not about taking away from someone else’s piece, but growing the pie.”

Mr Doepel said people aged 55 and over were the only age group underrepresented in cinema audiences, and Leap Frog would target them as well as niche audiences who wanted to see films about a cause or culture they identified with.

Mr Doepel has struck up partnerships to engage audiences with his films, drawing from contacts in his many and varied previous roles – as an ordained minister, documentary film producer, WA trade commissioner to the US, policy adviser, and vice-chancellor at Murdoch University.

To that end he has enlisted the help of North Perth creative consultant The Brains Trust to design promotional material, West Perth’s The Office of John Cheese to create digital movie trailers, and Denmark-based Open Copy for social media and online campaigns.

While he and his wife started the company with their own money, one institutional investor has bought equity in Leap Frog, while several private investors have taken stakes in individual films.

Mr Doepel said the investment model allowed people to get involved at an early stage, but it was not without risk.

“Everyone is surprised about what takes off and what doesn’t and that’s the alchemy that goes around film,” he said.