FEATURE: Mineral Resources has shown the lengths to which mining services companies are willing to go to secure new work in the current flat market. 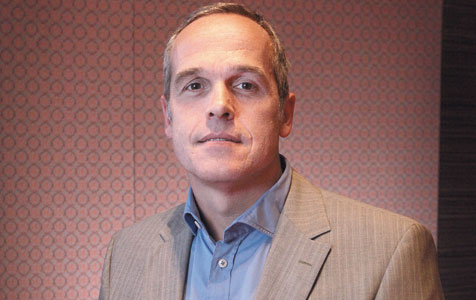 Mineral Resources has shown the lengths to which mining services companies are willing to go to secure new work in the current flat market.

It's a heck of a way to win a new contract.

MinRes hopes to leverage its experience in this field, accumulated primarily over the past decade, as an engineering and construction contractor with the capacity to build, own and operate mine site infrastructure.

Its audacious move comes at a time when mining services companies are being squeezed by the slowdown in exploration spending and mine development, and the unrelenting pressure from mine owners to cut operating costs.

Business News’ annual survey of the mining services sector has found that while most contractors are feeling the pressure, opportunities for growth remain – and some continue to deliver solid results.

The tough times have been evidenced by a string of profit downgrades and downbeat commentaries by ASX companies, including engineering firm Lycopodium, Ausdrill, Swick Mining Services and Resource Equipment.

When Lycopodium revised down its FY14 profit forecast last month, it neatly summed up many of the challenges facing the sector

A slower-than-planned ramp-up in committed and new work, deferral and scaling back of studies and projects, ongoing austerity measures by major mining companies, and reduced margins on new work were just some of the factors cited.

“We’re definitely feeling that pressure across the board, I wouldn’t be telling you the full truth if I didn’t,” Mr Stokes told Business News.

Mr Stokes said the private equity backed contractor, which had total revenue of about $825 million last financial year, anticipated a 15 per cent reduction in revenue and earnings in the current year.

Some contractors have fared better than others.

MACA, for instance, reported a 47 per cent lift in revenue to $304 million and a similar lift in net profit for the half-year to December 3013.

“It is particularly pleasing to have delivered this outstanding result during a period in which many of our peers have forecast a deterioration in earnings,” retiring managing director Doug Grewar said.

Privately owned contractor Byrnecut – ranked number four in Business News’ updated listing of mining contractors in WA – is another company that appears to have weathered the tough market better than most.

“(Revenue for) 2014 is forecast to be at similar levels,” Mr Coughlan said.

“Margins have always been tight in this business. We are not seeing any more pressure than normal.”

Mr Coughlan said one pleasing element of the group was Pinjarra-based Murray Engineering, with revenue of more than $40 million in 2013.

“This is a very tough space to be in in the current environment but the team there is not only holding its own, but increasing revenue,” he said.

“This group has the potential to be a major engineering house across the resources spectrum.”

Mr Coughlan conceded that consultancy businesses Mining Plus and Quattro Project Engineering had been adversely affected, however the signs in 2014 were good.

Byrnecut was one of only a handful of specialist mining contractors to win big new contracts over the past year. The miner said implementation of the new contract was expected to reduce gross mining costs at DeGrussa by more than 10 per cent.

It attributed this to ongoing efforts to improve efficiency and streamline operations, and that it: “also reflects the lower contract rates currently being experienced across the Australian resources sector”.

Mr Coughlan insists that did not mean Byrnecut had slashed margins to win work.

“It is a very shallow view to look at contractor margin after a contract is won through a competitive bid process,” he said.

“A mature approach is to work closely together and look at the overall operational efficiency and who is best to take certain risks.

“So in our model we discuss these issues with the client, e.g. reduce overheads and duplication by eliminating common roles in the areas of operational supervision, safety, mechanical maintenance, electrical services, equipment levels, logistics and so on.

“This is where the big dollar savings are made, as opposed to chipping away at contractor margin.”

It’s a similar story at Barminco, where Mr Stokes said the business was making operational changes to mitigate pressure on margins.

“As we build capability and get new equipment, you certainly get a lift in productivity, and we just have to maintain that,” he said.

He cited the example of nickel miner Western Areas, with which Barminco is negotiating an extension of the current contract.

“It would be naïve not to say they are looking for more efficiency through an extension but we’re very comfortable that we can be more efficient; we’re upgrading more of our fleet and using some more efficient trucks from Sandvik,” Mr Stokes said.

He said Barminco was rolling out a strategy called the ‘Lean Six Sigma’ program across its operations to reduce waste and improve productivity.

Downer won the biggest WA mining contract of the past year – a $500 million deal for the provision of early mining services at the Roy Hill iron ore mine.

The project commenced with infrastructure construction and will be followed by full-scale mining in the second half of this year.

However, its term is limited to 4.5 years because Roy Hill Holdings plans to be predominantly an owner operator, a trend that is shared by its peers in the Pilbara.

Rio Tinto has for a long time been primarily an owner operator, though there are exceptions.

A prime example was the $300 million contract awarded to Brierty for mining and civil work at its Western Turner Syncline project (see Brierty building on strong indigenous foundation).

The high indigenous participation was no doubt a factor, though Brierty managing director Peter McBain argues there are clear commercial benefits from having a mix.

“If a mining company does a lot of their own work, but uses contractors some of the time, it’s good for productivity, it creates some competitive tension,” he said.

BHP Billiton has moved increasingly to owner-operator status, with the latest change being at its Orebody 18 operations, where incumbent operator Macmahon Holdings – still ranked number one in Business News’ Book of List – had previously employed 200 workers.

Fortescue Metals Group is moving in the same direction, telling Leighton Contractors in April that it would assume full operational responsibility for the ore processing and load-out facilities at its Solomon mines.

“This is a strategic business decision that recognises ore processing expertise as a core Fortescue skill across the business,” managing director Nev Power said.

It came four months after FMG bought the ore processing facilities at its Christmas Creek mines from Mineral Resources, which had previously built, owned and operated the assets.

Another contractor to dip out is Global Surface Mining, which in April last year announced a two-year, $160 million contract for surface mining and maintenance services at Christmas Creek.

However Global is no longer operating at Christmas Creek, after Fortescue decided early this year to bring the operation in-house.

In contrast, Leighton was granted a six-month contract extension and an increase in scope of other works being undertaken, which means its total contract value of $2.8 billion remains unchanged.

The original deal was announced with great fanfare last June, when Leighton said it was the largest single contract in the company’s history.

Gold Fields is one company that moved against the owner-operator trend, deciding last year to extend Barminco’s development contract at its Agnew underground mine to include production mining.

“Now that mining at Agnew is focused on one underground ore body it is no longer cost efficient to pursue owner-operator mining,” the miner said in a statement.

Gold Fields said the change was driven by its desire to remain competitive in a falling gold price environment.

“The company’s strategy, which is firmly focused on cash generation over production levels, calls for a disciplined approach to maintaining margins,” it said.

Another miner presenting new opportunities is Atlas Iron, which last year awarded BGC Contracting $300 million of development and production work at its new Mt Webber mine.

The changing priorities of mine owners is just one of the risks facing contractors.

Operational problems can also set back the best-laid operational plans.

In September last year year, Barminco started a three-year development and production contract at the Mount Lyell copper mine in Tasmania.

With 200 workers, it was the second largest contract awarded to Barminco after its Sunrise Dam contract, which was awarded in May 2011.

Just a few months later, Mt Lyell was shut down after two fatal workplace accidents, and is only now getting close to a restart.

Swick Mining Services and MACA have also been adversely affected by operational problems.

In Swick’s case, the suspension of works at Aditya Birla Mineral’s Nifty copper mine prompted the contractor to cut its revenue and earnings forecasts for the current financial year.

That took some of the gloss off a recovery in Swick’s performance, which was helped by winning three-year diamond drilling contracts at MMG’s Golden Grove and Rosebery mines.

In MACA’s case, it was the extraordinary flooding at Regis Resources’ Garden Well and Rosemont projects in February that dented its performance.

MACA said in February it had been planning to upgrade its revenue forecasts but was unable to do so because of the temporary suspension of operations at the Regis mines.