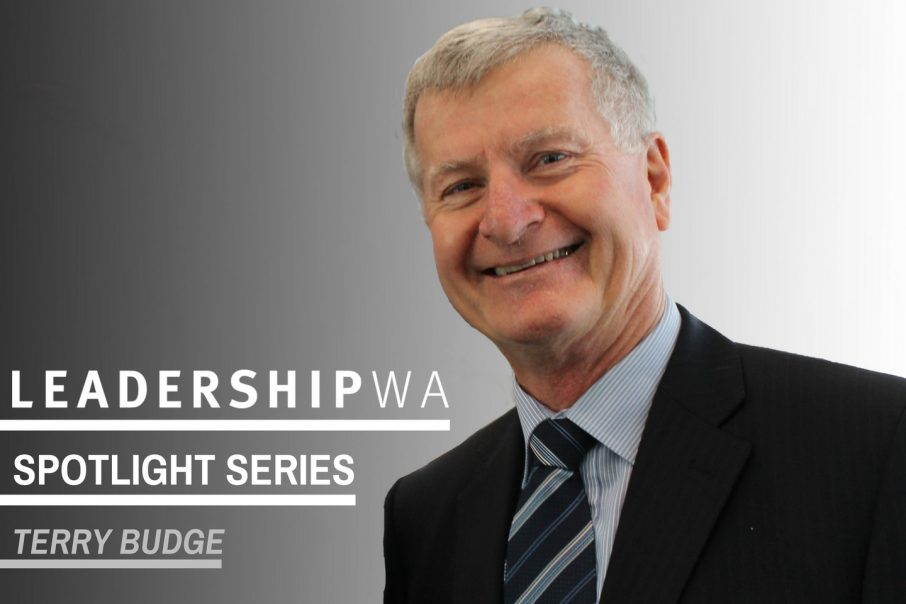 Terry Budge is an established and respected Western Australian leader with a diverse range of experiences and contributions to the Western Australian community, embracing leadership roles that seek to make an impact. Terry has been the Chancellor of Murdoch University, Managing Director of Bankwest, a senior executive of the National Australia Bank, and is currently Director of WestOz Funds Management. He studied at Harvard Business School and has also held a number of community related board positions including Chair of the Board of Leadership WA and The Big Issue. Leadership WA spent some time with Terry to understand more about his philosophy on leadership and his insights on the role of the corporate sector in contributing to community and social impact.

Leadership WA: Tell us a little bit about your background and how you came to play so many different leadership roles in the state and in the nation?

Terry: I started off in banking back in the early 70s, coming from Country Victoria. I did an Economics degree at Monash University and then joined the National Bank as Research Economist. I started to get involved with the community through the National Bank’s economic groups and through CEDA. We used to regularly go to CEDA meetings and that was always interesting. I then completed the Harvard Banks Management Program before moving to Western Australia in 1997 to head up Bankwest, where I held the role of Managing Director for seven years. Bankwest was also actively involved with the community. I guess these collective experiences led me to think a lot about leadership. I was asked shortly thereafter to join Leadership WA. Their understanding of the leadership objectives in Western Australia and their knowledge of community leadership really struck a strong chord in me. All those things came together and showed that as a leader of an organisation and leader of the community, you have got to involve yourself. What comes out of that is a much better community, which we are all aiming for.

Leadership WA: An emerging and positive trend in leadership seems to be the interest and recognition of the fact that fostering actively engaged employees and a work place that is engaged with the community is good for business. Have you seen a change over the last 10-15 years, where corporate identity is closely aligned with employees being able to contribute ‘beyond’ their job descriptions?

Terry: Organisations have to have the right—or earn the right—to do business with the community. At the end of the day, if you don’t do the right thing by the community, the community will penalise you and you might not be able to do business. So, you’ve got to be a good corporate citizen as an organisation, and your staff want to be seen to be working for an organisation that is a good corporate citizen. I think volunteering and doing something outside one’s job description is very strong here in WA (I think staff really appreciate it and like to be seen doing it). The number of good things that can come out of volunteering is immense, and there is uncalculated value put back into the organisation in return. Volunteering is, therefore, a reciprocal act. I remember when I came to Bankwest, I talked to a lot of the staff there—particularly the younger staff—and when you talk to your team, you often find out that they have done fantastic things outside the organisation. So, if you can harness the sort of voluntary spirit that your staff love and apply it within your organisation, it benefits everybody—and that’s what I think has to be the package.

Terry: I think at the end of the day it doesn’t. The issues are different and the objectives might be different, but it really does come down to leading people or encouraging people. It doesn’t really matter what organisation you’re in, you have to focus on the people.

“Everybody needs to be encouraged and to be understood and needs to have discussion around their objectives and what they are trying to achieve.”

Leadership WA: You’ve been involved with groups around education, groups around charitable sectors and the disadvantaged. When you work in education in Western Australia, do you feel like our leadership in that area is strong? Or could we be doing other things that would strengthen it more?

Terry: The Western Australian education system is very good, evidenced by the mere fact that when you get to university level, there is strong demand for private clients to access our education and as we all know, the education sector is Australia’s third largest export. This tells us how the world values our education system. However, I think some of the problems in education—that I can see—stem from the funding of a certain education model and therefore, the continual production of the same sorts of outcomes.

“I’d like to see more differentiation or a range of different programs across educational institutions. I think the global market place is moving very quickly and much of the education system that we have is a reflection of what was relevant a few years ago, rather than now.”

Universities tend to be an education machine, pushing a lot of people through the system who are met with limited or no employment opportunities. We need to think about what sort of education and skills we need and be able to differentiate the gap between what is needed and what is offered. I think what Leadership WA does and what the Institute of Directors does too, offers a valuable model. There is a lot more education going on after university and it’s shorter and can be more focused. I think that sort of level of education has been shown to have more demand. I don’t think anyone has the right answer, but we can do a lot of self-learning these days if you curate the right environment for people to learn strongly and effectively. I don’t want to say that our education system is broken. All I’m really saying is that the world is moving quickly. There are a lot of different skills and you can see how social media and technology is going, how we have to engage in all of that in our education system.

Leadership WA: Over the years, what have you done to progress your education? How have you made sure that you have continued to grow?

Terry: I think you get an education by being involved in things—being involved in different organisations, learning from different issues, meeting different people. One of the great things about transitioning from the executive world to the non-executive world across a different range of organisations is that you encounter different experiences and issues to deal with. In that way, it is very enlightening. I also had the privilege of chairing the annual conference for the Australian Institute of Company Directors for about 6-7 years and putting that conference together was a fascinating exercise and has taken me to different parts of the world and the Asia pacific area such as Beijing, Shanghai, Christchurch and Singapore. I came across wonderful speakers from around the world and it allowed me to absorb different thoughts and different issues.

Leadership WA: Have you ever had one of those moments where you thought to yourself: ‘wow I wish I had seen things with this clarity, or had that idea or these insights years ago’?

Terry: That would’ve been wonderful! You know what they say: “the hindsight of a moron will always beat the foresight of a genius”. But you can only do the best of what instinct you had at the time and take into account all the information you were given. Rely on people you trust to give you the right information as well. I think that’s all you can do.

“If you could go back in time and with some of the knowledge you have now, it would be different. But you can’t do that, you just have to absorb what you’ve got, be reflective about what you’ve learnt and that’s it.”

It’s amazing what you pick up over the years and how helpful it can be.

Leadership WA: That advice about being reflective is important, because we all get so caught up in the tyranny of the inbox and the things that have to be done in this moment. How do you make time to be reflective?

Terry: I would say that you should constantly be involved in things outside your brief, or something radically different. By doing those sorts of exercises, you can try to put into context what you are seeing, what you are learning and what you do. You can never say you’re having a reflective time but for leaders and potential leaders, being reflective is really important. Being reflective of where they are now; reflective of themselves; and reflective of what is the right path to take. 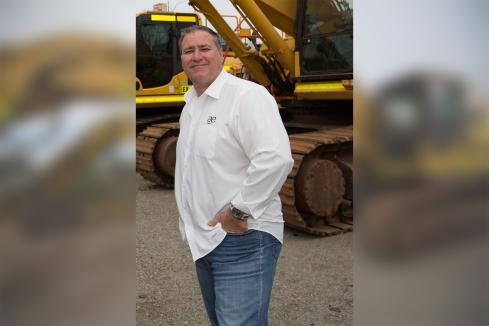 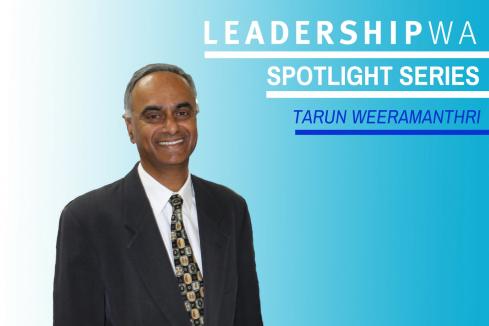 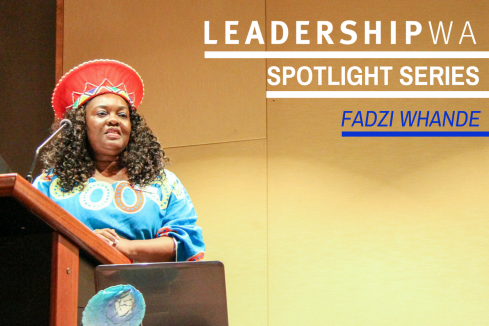 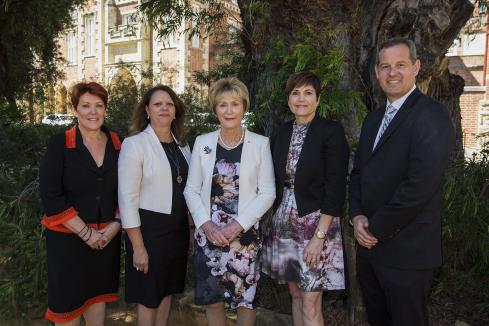