OPINION: Our political leaders do voters a disservice by failing to spell out their economic agenda. 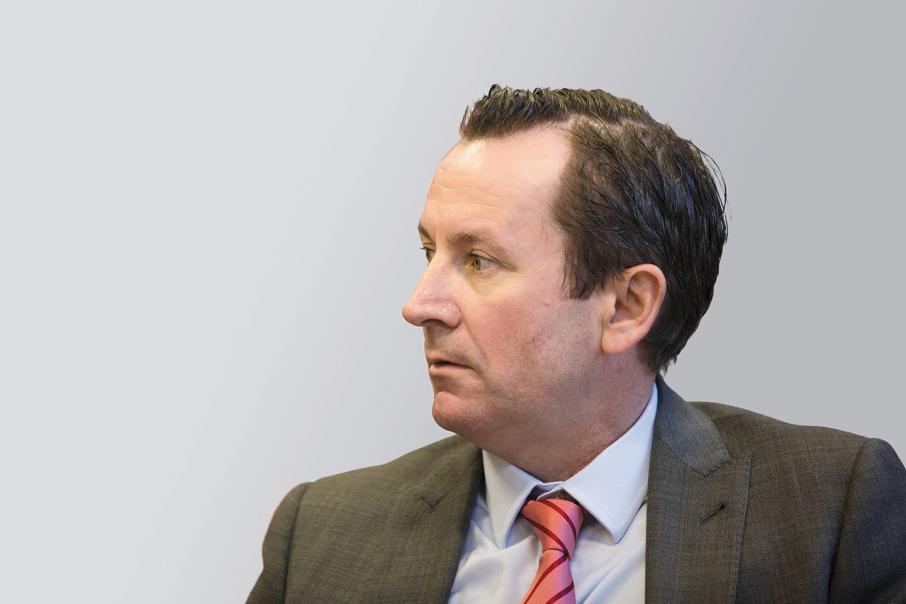 Mark McGowan leads Colin Barnett as ‘better premier’ by 44 per cent to 32 per cent, according to Newspoll. Photo: Attila Csaszar

OPINION: Our political leaders do voters a disservice by failing to spell out their economic agenda.

Mark McGowan is poised to lead the Labor Party to victory on March 11 and become Western Australia’s 30th premier. Only a stunning comeback by Premier Colin Barnett and his Liberal Party stand in Mr McGowan’s way.

Such a result could not have been contemplated four years ago, but political fortunes can change quickly.

While opinion polls are predicting the end of the Liberal-National administration’s eight and a half years in charge, it was a vastly different story in the lead up to the 2013 poll.

Two months before that election, Newspoll had 49 per cent of voters saying they would support the Liberal-National team, compared with just 30 per cent for Labor. After the allocation of preferences, the Liberals and Nationals led by an impressive 58 per cent to 42 per cent margin.

If those numbers made the Liberals smile, there would have been frowns all round with the latest Newspoll earlier this month. The combined Liberal-National primary vote had slumped to 35 per cent, with Labor support rising to 38 per cent.

Mr McGowan led Mr Barnett as ‘better premier’ by 44 per cent to 32 per cent. But the real joy for Labor came with the two-party preferred result, where it had an election winning 54 per cent to 46 per cent margin.

It is an impressive position for Labor, coming in the first week of a five-week campaign, which raises the question whether the election result is a foregone conclusion.

Labor clearly has the edge, but those who answer ‘yes’ are deluding themselves. The political landscape is littered with the carcasses of parties that thought they had it in the bag, only to have victory stolen from within their grasp. But it will take all Mr Barnett’s political skill, and a Liberal Party that can hold its nerve, to turn things around.

Traditionally, election success revolves around the hip-pocket nerve, with judiciously targeted handouts often the difference between victory and defeat.

For example, when Peter Dowding took Labor to a third three-year term in 1989, he promised $100 a year to parents for each child in secondary school, and $50 for primary school children. Labor just sneaked home. The payments were made in 1990, scaled back in 1991, and then disappeared. But they had done their job.

And despite WA’s current dire financial position, both Mr Barnett and Mr McGowan have been throwing money around like confetti.

But where do they intend to take the state over the next four years and beyond? Where is the medium- to long-term plan? An explanation of their intentions should be an automatic requirement during the campaign.

Thousands of small business operators, for example, want to know what each side is prepared to do over the next term to ease their plight in a testing economic environment. Where should they be investing? Which are likely to be the best areas for growth? And what are the job prospects for their children?

All legitimate questions. And the leaders should be upfront in seeking to provide answers in the best interests of the state.

They would do well to take a leaf out of former premier Richard Court’s book and be urging WA businesses to take a closer look at joint venture opportunities for growth in the expanding domestic markets of our northern neighbours, and helping where possible.

Mr Court had the blowtorch applied to the belly during his own 19-year political career, but is still looking for prospects for local businesses as he takes up his new role as Australia’s ambassador to Japan. WA’s wealth is indebted to our export-oriented economy, and his advice is well founded.

Neither Mr Barnett nor Mr McGowan will say that, coming off the resources boom, Western Australians have had it too easy. Nor will they seek to emulate former Liberal prime minister Malcolm Fraser’s ‘life wasn’t meant to be easy’ line. Neither comment would be a vote winner. Nor are you likely to hear Prime Minister Malcolm Turnbull’s one-time favourite word, ‘agile’.

But the leader who can unveil the more credible economic plan for a state that John Howard described as the most entrepreneurial in the nation will be doing voters a favour. Simply promising another fistful of dollars sells voters short.