Chief Justice Wayne Martin has thrown his support behind the establishment of a commercial arbitration centre in Perth, which is designed to win a greater share of the dispute resolution work that is often sent overseas. 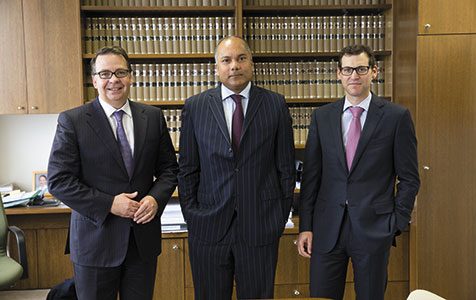 Chief Justice Wayne Martin has thrown his support behind the establishment of a commercial arbitration centre in Perth, which is designed to win a greater share of the dispute resolution work that is often sent overseas.

“I am very pleased to support the creation of the Perth Centre for Energy & Resources Arbitration,” Mr Martin told Business News.

“The current lack of support for commercial arbitration for Western Australia has provided opportunities for other cities in the region, including Singapore, Hong Kong and Kuala Lumpur to the detriment of commerce in this state.”

“It provides an important alternative in Western Australia for commercial dispute resolution.”

Founding director Kanaga Dharmananda SC said there were two main drivers for the Perth centre, which has been established as a not-for-profit company.

One was to improve the considerable number of arbitrations that already occur in Perth.

“Anecdotally, Perth has more domestic arbitrations than anywhere else in Australia,” he said.

“They are dealt with an on ad hoc basis, which means they don’t have any institutional support.

“The new centre will help those arbitration work better for the benefit of all parties.”

The second driver was the specialised expertise than has developed in Perth in the energy and resources sector.

Mr Dharmananda said that globally there was a trend to make alternative dispute resolution faster and more efficient, and the new centre would seek to apply those learnings to the local market.

He believes the Perth centre’s unique focus would help it compete with larger, established centres in Singapore, Hong Kong, London, Paris and elsewhere.

“None of them are seeking to do what we are doing in Perth, which is energy and resources.”

Its core role will be to act as an appointing authority and maintain a panel of resource sector arbitrators, comprising advocates, professional arbitrators and industry experts.

The Perth centre will have a soft launch next month, when its web site goes live.

Its launch comes at a time when many Perth lawyers are expecting a surge in the number of construction disputes, following the completion of many large resources sector projects.

Mr Dharmananda said his initial goal was to bring some of the ad hoc arbitrations occurring in Perth under the umbrella of the new centre.

Once established, he hopes the state government will provide support, most likely in the form of premises for the new centre.

He said competing centres provided a substantial boost to their host city, as arbitrators, industry experts and other people stay in hotels, patronise restaurants and provide work for local firms.

The opportunity was illustrated by the growth of the Singapore International Arbitration Centre, which was established in 1991.

The number of new cases handled each year in Singapore has grown to 259 in 2013.

Its growth has been helped by government backing, along with Singapore’s reputation as an easy place to conduct business and its favourable tax regime.

The Singapore centre established its first overseas liaison office in Mumbai last year, reflecting the large number of matters involving parties from India – 85 out of 259 in 2013.

The Singapore centre is governed by a board of directors with wide international representation.

It also a Court of Arbitration, which handles the appointment of arbitrators, the determination of jurisdictional challenges and challenges to arbitrators, as well as overall supervision of case administration.