The Perth legal market is evolving with new alliances and brands but the pace of change has slowed from the breakneck speed of recent years. 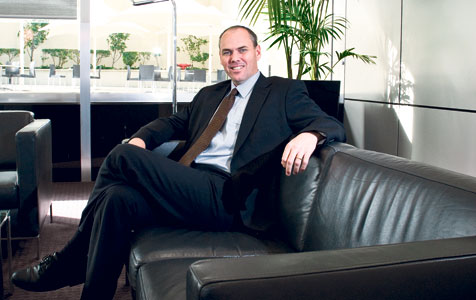 LEGAL MOVES: another year of change

The Perth legal market is evolving with new alliances and brands but the pace of change has slowed from the breakneck speed of recent years.

The offshore expansion of AdventBalance is a rare counterpoint to the growing inroads made by international law firms in the Australian market.

As discussed below, the Western Australian legal sector is continuing to evolve, with new alliances and brands entering the market although the pace of change is not at the breakneck speed of the past three years.

The local market has also had to deal with the slowdown in business growth, with very limited corporate finance activity and even project work coming off the boil.

That is reflected in Business News’ updated Book of Lists rankings, which show little growth in most of Perth’s top law firms.

AdventBalance is a new entrant to the Book of Lists ranking of the top 20 firms.

The firm was established in its current form last year, through the merger of Balance Legal and Advent Lawyers.

Both firms operated as a ‘secondment’ business, placing lawyers in client businesses.

Together they have about 75 legal staff across Australia (34 in WA), while their Singapore office has gone from zero to 30 legal staff in 18 months.

Perth-based chief executive Ken Jagger, who was formerly a partner at Freehills, is hoping for similar success in Hong Kong, where the group has just opened another office.

“Hong Kong is a logical extension of the strategy and, hopefully, we can replicate that success.”

Mr Jagger believes the fixed-pricing model offered by AdventBalance is one attraction for clients.

Another is the flexibility afforded by AdventBalance, which can supply lawyers for anything from short-term contracts to semi-permanent positions.

Mr Jagger said he was not sure how the big market was for legal secondment but was aiming for more growth.

“We’ve always thought our business model will work best with scale,” he said.

Meanwhile, the market in which AdventBalance and other firms operate is continuing to change.

In particular, the UK-based firm that kicked off the wave of international lawyers coming into the local market is about to go through another ‘combination’.

Norton Rose acquired Australian practice Deacons in January 2010. Since then it has linked up with three practices in Canada and South Africa and is about to consummate its largest combination, with Houston-based Fulbright & Jaworski, in June.

The merged firm, to be known as Norton Rose Fulbright, will have 3,800 lawyers in 55 offices worldwide. It will be a top 10 global legal practice by gross revenue and by number of lawyers.

The Fulbright deal will add to the inroads made by US-based law firms, which for the most part have retained a focus on their domestic market.

Pittsburgh-based K&L Gates is an exception, pursuing an international growth strategy that included moving into the Australian market in January through its acquisition of Middletons.

K&L Gates has 2,000 lawyers in 48 offices globally; it is not as big as some of its competitors but the firm argues that, as a fully financially integrated practice, it has a better model than many others, like Norton Rose, that have a Swiss ‘verein’ alliance structure.

K&L Gates has also taken the unusual step of publishing a financial report with greater disclosure than most of its peers.

The firm said the level of inter-office work had increased over the past decade, which it believes confirms the efficacy of its strategy. In 2012, 27.5 per cent of the firm’s work was attributable to matters generated in one office and performed in one or more of the firm’s other offices.

The firm’s 100 largest clients, which generated 34 per cent of its annual revenue, used an average of 10.3 offices during the year.

K&L Gates joins Squire Sanders and DLA Piper as US-based firms with a direct presence in the WA market.

In another change about to take effect, Perth firm Talbot Olivier will adopt a new name after agreeing to align itself with Sydney’s Argyle Lawyers and Melbourne’s Rockwell Bates.

All three firms are owned by ASX-listed company ILH Group and will start trading this month as Rockwell Olivier.

Of all the mergers and branding changes over the past three and a half years, the largest was last October’s combination of UK firm Herbert Smith and Australian firm Freehills.

The merged firm is the largest in the WA market, according to updated data compiled for Business News’ Book of Lists.

With 152 legal professionals and 260 staff in Perth, Herbert Smith Freehills remains number one in WA, though the margin it holds above its competitors has been shrinking.

In terms of size, its largest competitors are local firm Jackson McDonald Lawyers (138 legal staff) and UK-owned Ashurst Australia (131 legal staff, up from 119 one year ago).

Ashurst’s head of office, Paul Reithmuller, said the Perth practice had achieved an uptick, with the firm taking on 17 graduates this year.

Herbert Smith Freehills has signalled its regional focus with its new partner appointments.

Out of 19 new partners promoted globally this year, 11 are in the Asia-Pacific region and three of those are in Perth.