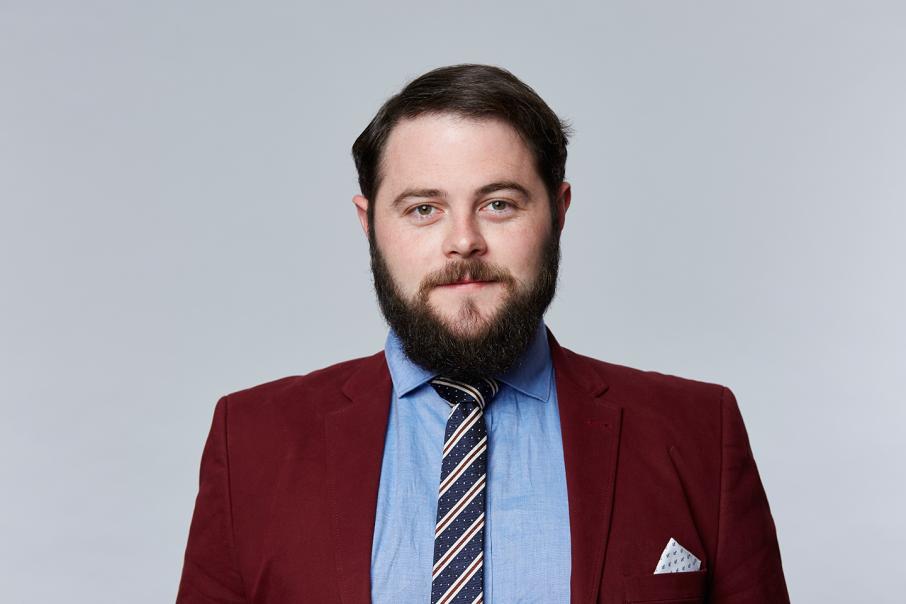 Fiona Poh, on behalf of the Law Society of Western Australia, spoke to entrepreneur Iain McIntyre about how he left a career path in law to become a co-founder of HUMM Technology.

You're a co-founder of a neurotechnology startup called HUMM Tech and are based in San Francisco now. Can you take us through your journey?

I was once a law student at UWA. When I was studying law, I put my heart and soul into it. However at the same time, there were several things that I went through that made me realise that some of the things I learnt and which made me good at law went opposite to what I also enjoyed, which is running my own business. While I was at UWA, I was also running my business in event management, and got a taste for entrepreneurship. Therefore at the time I joined HUMM, I already had some sort of business experience, albeit at a different place with different people and at a different scale.

Essentially, I went to school with the founding team of HUMM. Some I knew from high school and others, while I was at university. UWA was involved in doing brain research, and in particular, looking into the topic of how to influence the brain from the outside and using priming motor circuits and magnetic therapy to aid recovery from spinal injuries from car accidents. I realised that this was an opportunity where technology could not just help people recover brain function from an injury, but can help them improve their brain performance and learning in general.

I would say that co-founding HUMM Tech was possible because I started a club at UWA called EMAS. I met my other co-founder, Chris Norman, who had started the same club at Curtin University, and that’s how I became good friends with him. Chris later went to NASA to work as an engineer, and by the time he came back, I’d already been talking to Ahmud Auleear and Tim Fiori about starting a neurotechnology startup. By the end of 2017, everyone had put down what they were doing to go into business together and in June 2018, HUMM Tech relocated from Perth to San Francisco.

How long did it take for HUMM to develop its first prototype?

A long time! The way that we understand the brain has really changed, even in the past decade. This technology is in itself, an incredibly complicated thing, and a lot of groundwork is needed in order to do anything functional.

Work on the prototype started in late 2015, in the warehouse of my other company, where we had started to visualise the brain and understand brain waves. We then did a hackathon with Spacecubed in late 2015 and early 2016, and with their help, started thinking about health and wellness side of what we’re trying to do. The hackathon was a very difficult weekend, but incredibly important to us getting started and getting support and feedback. We then got into an accelerator program called the Plus Eight Accelerator which was also run by Spacecubed and in the end, in 2017, we managed to get funding of about $450,000 from it.
When we got the funding, we realised that this was something that we could do, and we all quit our jobs. At that time, I was working full-time in my other businesses, which I left, and I also turned down an offer at Macquarie Group and decided to take a break on my law degree.

What advice would you like to give to lawyers or future lawyers who are interested in entrepreneurship?

I’d like to encourage people to think of this pathway as a possibility more than a fantasy. A lot of uni mates and friends have come up to me and say, “I’d never be able to do what you do”, and I myself would have thought the same thing a few years ago. But having walked this path, I definitely don’t think that lawyers are stuck. In university, the mentality is very much – you’re either ‘in’ law and committed to legal practice, or you’re not in law, in which case you will likely not have anything to do with the law when you graduate. That binarism should not continue to prevail.

In law, we are going to have to start thinking of ourselves as entrepreneurs and especially get comfortable with different amounts of risks in our everyday lives. The risks in the legal profession will only get greater, but very quickly, the job of the graduate or the lawyer is not going to look like what it does now.

I used to get a lot of comments from friends from law school who are surprised that I’m still involved in HUMM tech (“Oh, you’re still doing that!”). Of course now that we’ve moved to San Francisco everybody thinks that you’re a millionaire! But on a more serious note, I’d never considered this to be option in my life because it wasn’t something that I’d seen done before. I’m by no means a special case; I’m just one of the first few that have done it early. So I’d say, do more rather than focus on the legal profession.

This article was originally published in the February 2019 edition of Brief, the Law Society’s monthly journal. Find out more at www.lawsocietywa.asn.au