Alto Energy International Limited (ASX:AOI) is pleased to announce that it has today received shareholder approval to change its name to Grand Gulf Energy Limited. It has reserved the ASX code GGE. Subject to ASIC and ASX approvals this will be effective by about 1st July 2007.

"Our primary focus at the moment is on the aggressive exploration and development of the Foothills Joint Venture in Oklahoma, and the Phase 3B Drilling Program and Napoleonville Salt Dome 3D Seismic project in Louisiana, " Mr Trimble said.

"With our new focus, and the recent success of our first three new wells, the name change is very timely," Mr Trimble said.

Grand Gulf Energy participated in the 24 square mile 3D seismic program with BP and has drilled two wells this year, the Reed #4-8 and the Pate #5-18.

The Reed #4-8 well has been connected with the sales gas pipeline network and is currently producing at approximately 750 thousand cubic feet per day (mcfd), although the well is still cleaning up with the production of frac fluids.

The Pate #5-18 well was drilled with successful results and sales gas contracts have been negotiated. A completion rig is on site and perforation, fraccing and testing will start immediately.

Interpretation of the 24 square miles of 3D seismic is nearly complete and locations for wells will start being chosen shortly.

After several months of drilling more than 5,000 shot holes, the acquisition of 3D seismic data is expected to be completed in mid July, with interpretation commencing in September.

The Phase 3B Drilling Program in Louisiana

Grand Gulf Energy currently has between 3.75% and 7.5% interest in the Phase 3B Drilling Program in southern Louisiana, in a joint venture with Legend Petroleum, who identified the Phase 3B five well drilling program from a large 3D seismic data set. Demonstrating excellent technical correlation and amplitude analysis, the drilling program is over small lease areas, targeting specific structures. The area is known for high well productivity.

The ConocoPhillips #4 well has been perforated and flowed 3.2 million cubic feet per day (mmcf/d) to atmosphere on a choke of 12/64"at a tubing pressure of 3,800 psi on test. Gas contracts and sales gas pipeline are being put in place prior to putting the well on stream.

At the shareholders meeting today, shareholders also approved and ratified a number of other matters including the issue of shares in the recently announced placement, the issue of shares and options to Macquarie Bank pursuant to its working capital facility and an Employee Option Plan to attract, motivate and retain employees and consultants and encourage their participation in the company through Share ownership. 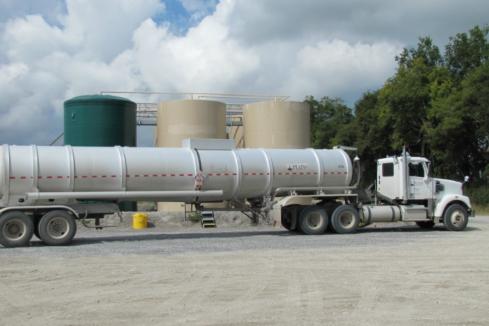