John Langoulant’s interests range widely, from building a lyric theatre in Perth to doing business in the Top End, but his main passion is public sector reform. 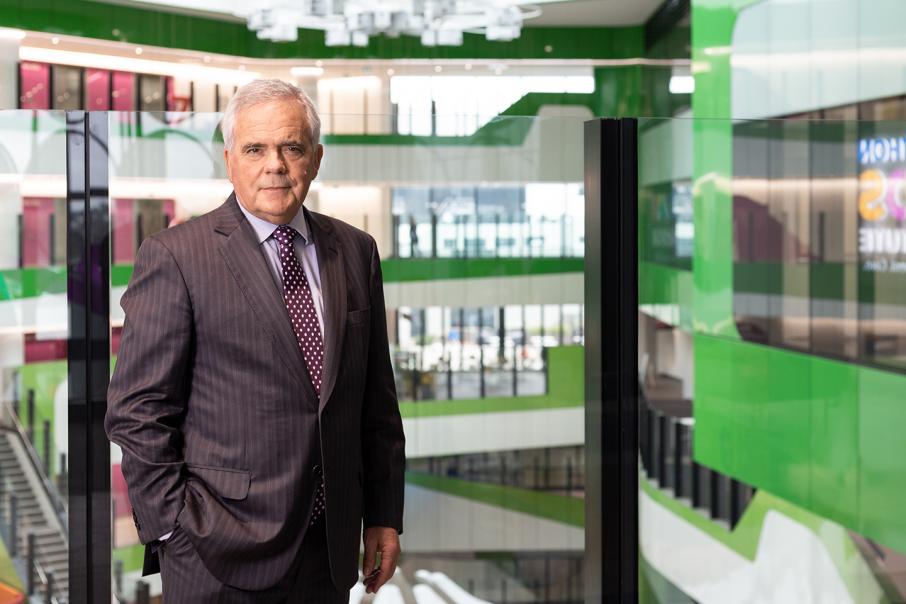 John Langoulant’s interests range widely, from building a lyric theatre in Perth to doing business in the Top End, but his main passion is public sector reform.

John Langoulant knows that achieving change in Western Australia can be a very slow process.

He chaired the Major Stadia Taskforce, which in 2007 recommended construction of a new 60,000-seat stadium.

A decade later, a new stadium was finally opened on the Burswood Peninsula.

Reforming the public sector seems to be an even slower process.

It was six months ago that Mr Langoulant handed down his report into government programs and projects, which found systemic waste, inefficiency and poor governance during the Barnett government.

This was the latest of several major inquiries looking at similar issues, including the WA Inc royal commission, the McCarrey inquiry and Francis Burt’s commission on accountability.

While each recommended major reforms, little take-up was achieved.

“Governments in the past have not picked up much of this,” Mr Langoulant said.

“Therefore, we have another inquiry that says, again, there are so many faults which give rise to such poor outcomes for the community and a waste of taxpayer money.”

Mr Langoulant is frustrated by the ‘ho-hum’ response to his report.

“The retort I keep on hearing is, ‘Oh well, that’s just government’,” he said.

“We need to be far more inquiring and critical of how government is spending our money.”

“If everything in that report was known to the media, where were they during that period?” he asked.

Mr Langoulant also sees a role for business groups, including one of his former employers.

“I would like to see other organisations, such as the Chamber of Commerce and Industry (of WA), be far more focused on these matters,” he said.

“Now the GST issue is out of the way, it ought to be a real focus for them.”

As well as being a campaigner for public sector reform (see more below), Mr Langoulant is also lobbying for development of a 1,500-seat lyric theatre.

“His Majesty’s is the biggest limit we have now on world-class productions coming to WA,” Mr Langoulant told Business News.

As part of what he calls a small ginger group, he is lobbying for a theatre with steeped audience seating and a stage large enough to house the sets of all the major productions.

Mr Langoulant said this should be part of a broader discussion about cultural infrastructure.

“The arts community has a view that if you can get up one piece of art infrastructure in a decade, you are doing really well,” he said.

“In my view, there ought to be a continuum.

“The new museum is under construction, but what’s next?”

“They had major strategic plans and they’ve delivered them.

“We need to ask what’s Perth all about, rather than just lovely weather, fabulous beaches and a quarry.”

“We see this as being one of the big art prices in WA,” Mr Langoulant said.

“It has potential to be as big as anything on the east coast, that’s our ambition.”

ARTrinsic is one of 10 organisations Mr Langoulant chairs (see list), and that’s not counting several others where he is a director.

“I’m fortunate I don’t have an ASX-listed entity in my portfolio, because if I did I’d be doing half of that,” he said.

Mr Langoulant said while many of his board roles – such as Telethon Kids Institute, GESB and the Pawsey Supercomputing Centre – were not time consuming, all had their moments.

For instance, the Telethon Institute spent 10 years working on its relocation to new premises at the QEII medical centre, while GESB has been through a major outsourcing program, which took staffing from 260 people to 40 over five years.

Mr Langoulant said he had particularly enjoyed his role as chair of the Power and Water Corporation in the Northern Territory.

“Going to Darwin and chairing the Power and Water Corporation has been a great, uplifting experience for me because it’s a completely different environment, it’s a younger population, and a whole new set of challenges,” he said.

CHAIRMAN OF THE BOARD

For more details, go to: www.businessnews.com.au/Person/John-Langoulant

Mr Langoulant acknowledges he would have liked another chief executive role after he finished up at Oakajee Port & Rail.

“Yeah, there was an aspiration, but it never materialised and I didn’t go racing after it,” he said.

While his board portfolio is diverse, it has never included an ASX entity.

“It’s been a curiosity as to why that hasn’t happened, but if I was really perturbed by it I would have tried harder,” Mr Langoulant said.

“I think I’m characterised as a public servant and someone who knows about public policy, but has never run a commercial business.”

Nonetheless, Mr Langoulant does reflect from afar on the performance of many boards.

“I do scratch my head from time to time,” he said.

“Particularly simple things around directors being really engaged with what they do and being engaged with the people.

“I think directors have still got a lot of work to do to really understand their business, down to the people engagement.”

The invitation to chair the inquiry into government projects came from Darren Foster – the person handpicked by Premier Mark McGowan to head the Department of the Premier and Cabinet.

“I was walking down (St Georges) Terrace one day and Darren Foster gave me a call and said, ‘We’ve undertaken to do this inquiry – would you be interested in doing it?’”

Mr Langoulant had previously worked with Mr Foster, whose past roles have included being chief of staff to former treasurer and opposition leader Eric Ripper.

“We always got on well and had good respect for each other, that’s as much as I know about how I was selected,” he said.

Mr Langoulant appreciates the hands-off way in which the inquiry was run.

“I had no intrusion at all from the government on how the inquiry was run, not a bit.”

While former premier Colin Barnett is dismissive of the inquiry as a political exercise, Mr Langoulant said he focused on the future.

“We decided early on we would not be a witch hunt, we would look at what happened and draw conclusions on what could be done,” he said.

“All of our recommendations were forward looking; it was about how do you improve things.”

Mr Langoulant has seen some encouraging developments, including around cabinet governance, after the sloppy cabinet submissions and poor business cases prepared under the former government.

He also welcomes the Machinery of Government reforms, which included creating larger government agencies, but said the government needed to upskill the public service.

“If they are well selected and well developed, they will bring a good understanding of governance and financial management and project management.

“If government does that, in a very concerted way, that will be a major step forward.”

He also urges ministers to trust and work closely with their senior executives.

Mr Langoulant has been a long-time advocate of Infrastructure WA and has signalled his interest in chairing the proposed body, which would develop long-term infrastructure plans.

“I think Infrastructure WA will be one of the most important entities this government establishes.

“If someone knocked on the door and asked if I would be interested, yes I would be,” he said.